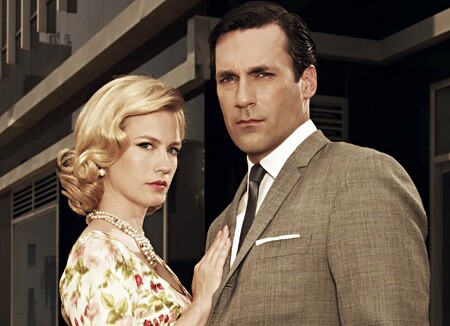 Was the final episode of AMC’s “Mad Men” a staggering work of heartbreaking genius? Not exactly. Take away the surprise ending – that unexpected play of the iconic 1971 Coca Cola commercial filled with flower children singing “I’d Like to Buy the World a Coke” – and it wasn’t much more than a series of scenes in which various characters got their happy endings, with one notable exception.

Indeed, for much of its running time the finale took on the characteristics of a once eye-catching balloon slowly deflating. But it ended the way that it did, prompting the kind of hindsight reflection and feverish debate that followed the finales of “Lost” (a total dud) and “The Sopranos” (which grows ever more impressive as time passes) and giving “Mad Men” a last-minute punch that ensures its inclusion in the Finale Hall of Fame. (The top two entries in the Finale Hall of Fame, in my humble opinion, belong to the series finales of “Newhart” and “The Mary Tyler Moore Show.” Third place belongs to “The Sopranos.” Somewhere farther down this list you’ll find “Friday Night Lights” and “Breaking Bad.”)

Did Don have a moment of supreme clarity brought on by a combination of trauma, despair, yoga and meditation that led him to create one of the greatest commercials with one of the strongest messages (and deepest emotional connections) in modern history? That seems to be the consensus among critics. It’s a nice conclusion, but I think it is also possible that there was no true connection between Don achieving bliss (or just escaping his unhappiness) and that Coke ad. It may have been placed there simply as a reminder of what so many people (especially teens and young adults) were so desperate to experience at the time (and for a while were led to believe they could do so by sharing a Coke). The Sixties hadn’t been easy on anyone.

To the credit of series creator and mastermind Matthew Weiner and everyone involved with the show, we’ll be talking about that little surprise and arguing about what it really meant for years to come. I tend to favor the idea that Don and the commercial were not connected, and that the “Mad Men” narrative simply stopped, not as abruptly as that of “The Sopranos,” but in the same way that it started, with Weiner gingerly dropping in on a group of people who were about to experience the most tumultuous decade in American history. We came, we saw, we took our leave, and best of luck to them all. Thanks for the trip, Matthew.

(An aside: I think the coolest thing Weiner could have done at the last would have been to digitally alter the Coke commercial so that aspiring actress Megan Calvet Draper would have been briefly but clearly visible in it. Maybe that would have made Weiner’s intent too absolute, but it certainly would have given people even more to talk about.)

I have to admit, after a week of Upfront events in which almost every executive on every stage spoke at length about the need to attract and appeal to Millennials, it was kind of nice in those final moments of “Mad Men” to see an iconic piece of content (the Coke commercial) that is largely unknown to anyone under the age of 45 and of no interest to anyone under 35 move to the center of the media universe. I wonder why Coke didn’t arrange to release a freshly digitized version of that commercial immediately after the finale, given that so many people have been humming its tune ever since? It would certainly stand out in the largely digitized and emotionally distancing commercial clutter of 2015.

Like every other fan of this show who has been with it from the beginning I had a number of varying reactions to the final episode, and to the final half-season overall. I still don’t understand why so much time was devoted to Don’s interest in that unfortunate waitress. Was she the impetus for his cross-country trip of self-loathing and self-discovery? Surely there could have been a more compelling story about his need to suddenly escape himself, which seemed to lead to his finally finding himself or a part of himself that he didn’t know was buried way inside his increasingly dark and hollow false identity. I don’t even remember the woman’s name.

Frankly, I wish even half the time devoted to that waitress had instead been spent further developing the relationship between Peggy and Stan, whose declarations of love and devotion at the last seemed to come out of nowhere, unless I missed something so subtle it totally escaped me. I prefer to think of Peggy as the early Seventies version of the self-made woman triumphantly strutting down that McCann hallway at the end of the second-to-last episode. That’s one of the many images from this show that I will never forget for as long as I live. In some ways the “Mad Men” I have known and loved for so long ended with that scene. 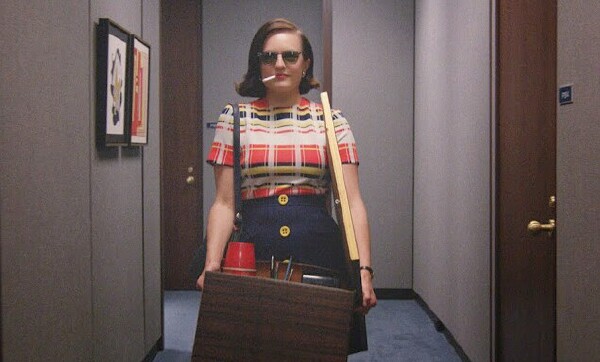 I would also have appreciated more time with poor Betty. What a downer the apparent end of her story turned out to be. As much as I admire “Mad Men” I will never understand the perpetual contempt for this character that Weiner and his writers seemed to have right from the start. It makes me mad just thinking about it. Betty was a study in quiet (and sometimes not so quiet) sadness and misery right from the beginning. As I noted in this recent column (before I learned of Betty’s fate) she was so lost and unhappy in Season One that the only person to whom she could open up was a little boy in the neighborhood named Glen Bishop.

Betty wanted a career but never really got one. She lost both of her parents and her husband (after enduring years of infidelity). She wasn’t a particularly loving mother, nor did she know how to be. She simply could not find the secret to happiness, even after marrying a man (Henry) she thought might change or open up her life. And just when she allowed herself to do something she had long wanted to do – pursue a masters' degree in psychology – she received the worst possible news.

Cancer is a malevolent intruder that can strike anyone at any time. We’ve all had that experience, and on some level I think Weiner is to be commended for introducing it into his narrative in that way. But this cancer story, if it had to be told, deserved more time, not simply because of what it did to Betty and her children but because it is simply too enormous a subject (in fiction as in real life) to be handled as just one of many plot points. The idea that it may have been included simply as one of the incidents or developments in his life that sent Don into a tailspin but led to his ultimate success is rather revolting.

Don Draper was truly a dreadful person. He stole another man’s identity. When he wasn’t ignoring his emotionally fragile (and eventually suicidal) brother he was cold and cruel to him. He was a bad husband. To say he treated most women poorly is an understatement. And he was a terrible role model and father. With Don as their dad, the Draper kids are in for a rough time in the years to come. (If “Mad Men” were to have a spin-off, I would want it to follow the Draper children – motherless and maybe fatherless – as they come of age in the Seventies.)

Was anyone better off for having known the man Dick Whitman would become? Anyone other than those of us in the audience, I mean? That may be a topic destined for an even longer debate than the one involving the Coke ad.