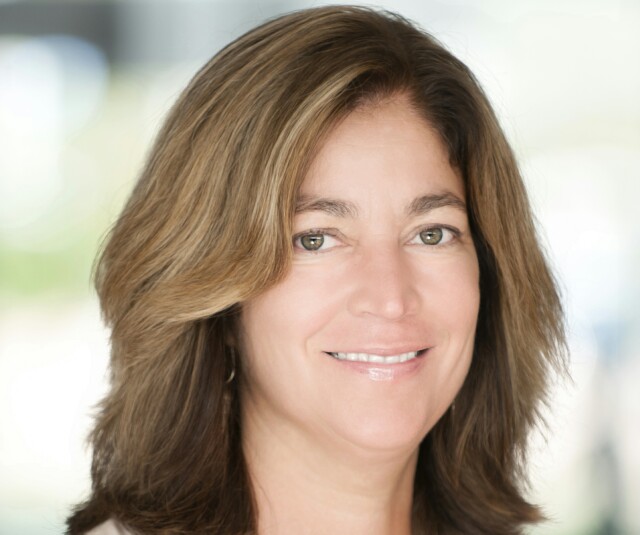 The right ingredients, mixed in the right way, at the right time, deliver success. Food Network’s co-viewing program strategy is a shining example of how series development and scheduling, network branding, sponsor integration and new media blend together to create hits. In this interview Didi O’Hearn (pictured above), Senior Vice President of Programming for Food Network and Cooking Channel, discusses how its latest “kidtestant” series "Food Network Stars Kids" is building upon the network’s co-viewing legacy in the 8 p.m. hour with a perfectly timed debut. "'Food Network Star Kids' was scheduled to premiere just after the most recent 'Food Network Star' season concluded and also happened to nicely align with the seasonality of back-to-school, though we offer co-viewing series elsewhere within the calendar year, so we believe there are no shortages of opportunity to engage the entire family,” she says. “We love that we’re bringing families together around the TV and fueling the family cooking trend.”

Didi O’Hearn: One of our strengths as a network is our ability to appeal across generations with programming that attracts all ages. We intentionally design shows to entertain all audiences. We adopted a strategy of casting kids a few years back with Rachael vs. Guy: Kids Cook-Off which was a tremendous success. We were the first to tap into this incredible generation of kids who have grown up watching Food Network. (Their parents are longtime viewers, as well.)  From the success of Rachael vs. Guy: Kids Cook-Off we tried a Chopped Teenstournament that worked. From there we greenlit Kids Baking ChampionshipandChopped Junior.This past May we added Kids BBQ Championshipto the mix, and on August 22 Food Network Star Kids premiered, featuring new culinary prodigies.

Mary Ellen:  When did you know this strategy was working?

Didi: Our first Kids Baking Championship in 2015 delivered our highest-rated Monday 8 p.m. hour ever. The series was also the No. 1 co-viewed program in its time period among top-twenty cable networks, with nearly 30% of the A25-54 audience sharing the experience with their kids. Last fall, Chopped Junior launched with similar results. It was our highest-rated Tuesday 8 p.m. ever and ranked No. 3 with A25-54 and A25-34. Kids Baking Championship returned this past January up 35% over the first season’s premiere. In fact, 2016’s first quarter saw double-digit ratings growth success from Kids Baking Championship and Chopped Junior, a great indicator that we were delivering the type of shows the audience really wanted, and we’ve been building our schedule to include quality 8 p.m. series to continue this trend.

Mary Ellen: What do you consider to be your competitive set?

Didi:Food Network (as well as sister network Cooking Channel) know that we are the leaders in our programming niche, but competition is everywhere, all the time, given the ever-evolving landscape and plethora of choices all consumers have available. The external force that is most likely to pull any of our audience away comes from live events, big sports events or major scripted programming where “hype” drives appointment viewing (i.e., Game of Thrones, Walking Dead, the Super Bowl, NBA playoffs, etc.).

Mary Ellen: Are there partner or sponsor integrations in the shows? If so, how do they work?

Didi:  There seems to be a natural alignment between our co-viewing strategy and what some ad sales clients are looking for from a viewing audience. The upcoming release of DreamWorks Animation’s Trolls, for example, will have an integration into Cake Wars. The episode tasks bakers to bake, sculpt and build themed cakes based on characters, themes or moments from Trolls. Directors from DreamWorks Animation join the judging panel to assess each of the creations and determine the winner, who will then attend and display their winning cake at a movie celebration event. The sponsorship also includes on-screen graphics and an integrated tune-in spot.

Cheryl Hines recently joined the judges’ panel on Chopped Junior timed to the Nine Lives movie release. The integration included on-screen graphics of Cheryl and her association with the film, along with a sneak peek of the movie during the episode.

Tropicana put a juicy twist on the “Orange You Glad It’s Brunch” during an episode of Food Network Star Kids, where kidtestants were challenged to create a brunch dish integrating fresh squeezed orange juice served in an orange peel.

Mary Ellen:  What are the ratings expectations for Food Network Star Kids?  How will it be supported on- and off-air?

Didi:Food Network Star Kids has robust support on-air and from our co-hosts and episodic guests across traditional publicity as well as social media.  Social is always something that we look to leverage as additive and enriching with our tent-pole programming. Our biggest opportunity though comes from the fact that Food Network Star just completed its own successful season. Our most recent Food Network Star winner, Tregaye Fraser, also returns to help support these super-talented kids.

Didi: Snapchat resonates among many demos, possibly most heavily with teens, so it was quite natural to work Snapchat into one of our Food Network Star Kids challenges, organically testing their ability to multi-task and work with others to capture the very best “snaps” that represent them and their dish and build upon the culinary points of views each want to establish and impress the judges with. We firmly believe in the co-viewing experience our network offers as well as our ability to reach fans through our digital experiences, websites, apps and places like Food Network’s Snapchat Discover. When we curate an experience seamlessly across platforms, we offer Food Network wherever and whenever fans want it.

Mary Ellen: How do you determine that the overall strategy is working?

Didi: Our ultimate goal remains growing our core demo (A25-54). When we hook the whole family at 8 p.m. with our shows, we benefit from engagement with that core demo and the best type of sampling as far as multi-generational family co-viewing, ultimately keeping parents tuned in after the kids go to sleep. Ratings play a big part in how we gauge our efforts and consider tweaking or staying the course.