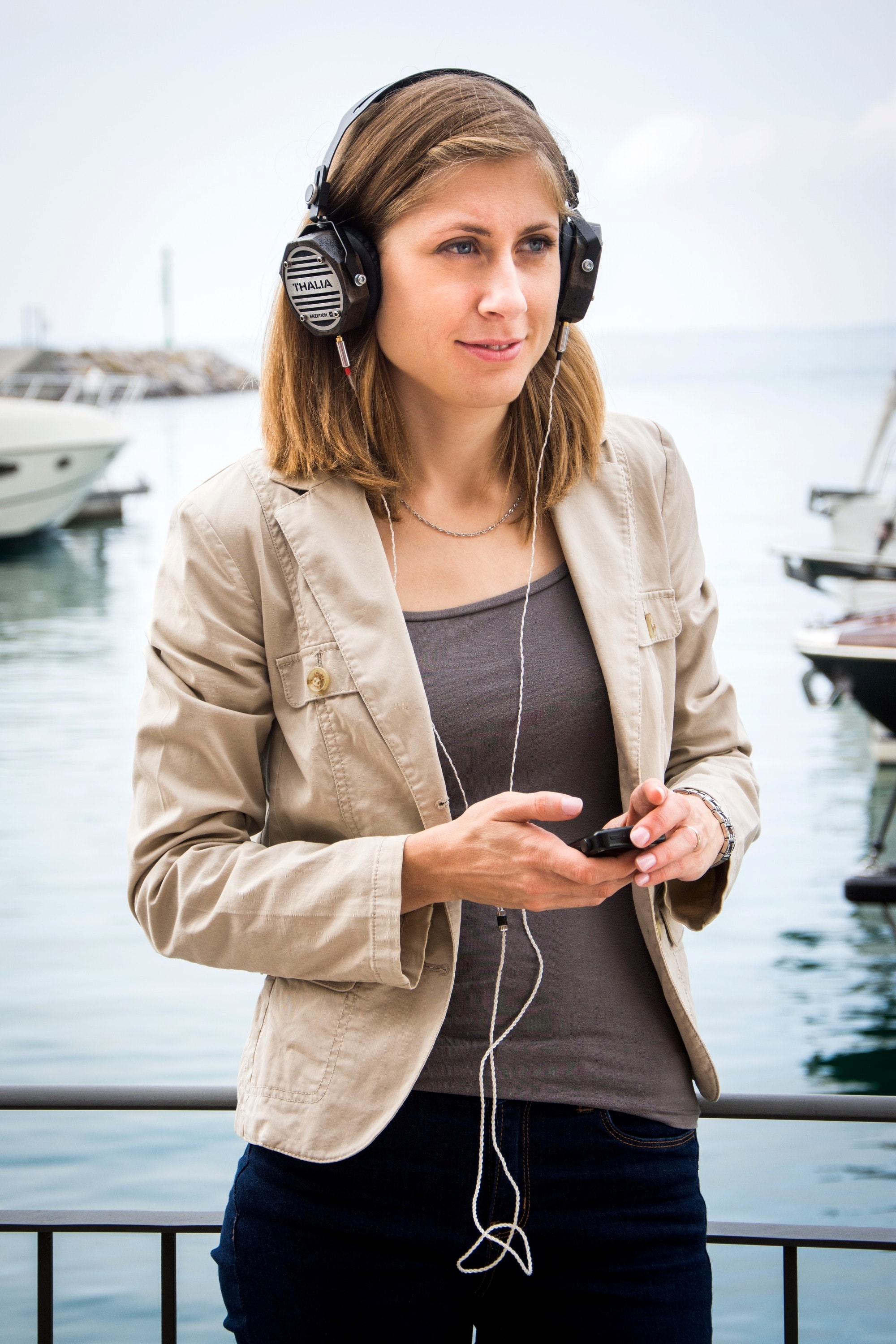 Digital audio is having a moment, and streaming leader Pandora is one of the biggest beneficiaries. Thanks in part to advancements in technology and accessibility, more Americans are using streaming audio than ever. They're attracted to the convenience and personalization, and, as a result, streaming providers are poised to grab larger shares of total audio usage and ad dollars.

Digital audio users stream more than four hours of streaming audio per week, an hour more than their AM/FM radio listening time, according to a new study by Pandora, Edison Research and Publicis. A significant number of users are shifting their valuable time from radio to digital streaming, with 46 percent of streamers reporting less time spent with AM/FM radio. Streaming audio is also creating entirely new listening occasions, with 81 percent of streamers reporting they are adding completely new time to streaming audio.

Portability is one of the biggest drivers. With streaming apps, users can play their favorite music or spoken word content across locations and devices. Digital audio offers companionship for daily activities, like cooking, cleaning, and working out, while podcasts are valued in stationary moments, such as eating, driving and working.

Streaming is a more personalized user experience than AM/FM radio, noted Pandora's Senior Director of Sales Research, Melissa Paris. "You can listen to whatever you want whenever you want, wherever you are, and through various devices. There is a high level of choice and on-demand access," she said. "Then pair that with the freedom of personalization and that's really the killer combination for streaming audio."

For instance, millions of Americans now work from home, and they may never return to offices. That means they might spend less time listening to radio in the car or at work. Conversely, with more time at home and more flexibility, they can explore more digital audio. Plus, at-home connected devices, such as smart speakers and smart TVs, have created new ways to listen to streaming audio. The chances are good these new behaviors could become long-term consumption habits, Rosin said.

"It's now clear that the before, during, and after of this COVID-19 period is going to be seen as much more significant than we thought," he said. 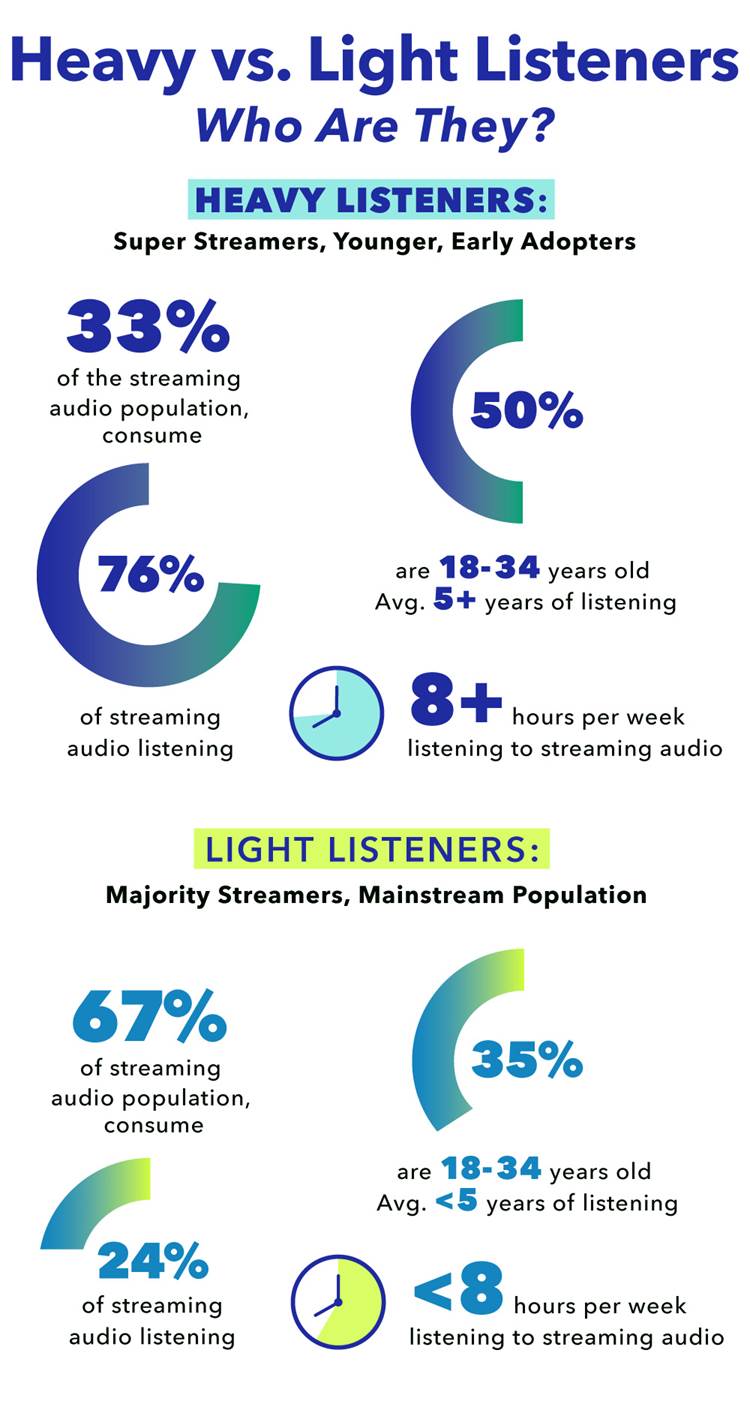 Heavy users only represent about one-third of streaming audio users, but they consume 75 percent of time spent with streaming audio. These streamers tend to be younger, with half falling in the 18 to 34-year old demographic, and they're early adopters of new tech, such as smart speakers. They listen to more than eight hours of streaming audio per week, Edison reported, and say they use streaming audio to be inspired, seek companionship, and to escape. They often access digital audio on the go and in multiple locations.

With this kind of information on hand, Pandora sellers can better make their case to brands and recommend the best targeting, content and solutions, Paris said. While advertisers and agencies are allotting more dollars to audio in general, she said streaming services still spend a lot of time with brands and agencies explaining their products and their value relative to radio and other channels.

"There's still a lot of education we have to do to help them really understand the power of streaming audio and how they should be utilizing it and really just how to best leverage the growing space," Paris said, adding, "Streaming audio is a medium they can't ignore anymore."

Among streaming's biggest weapons, she said, are targeted and personalized ads based on demographics, activities and even moods. Another selling point is streamers' receptivity to brand messages. About half of respondents said audio ads are less disruptive than other spots, and 43 percent said messaging feels more relevant than those on other platforms. Heavy users are a particularly accepting audience, as they are 21 percent more likely to recall a brand or message, and 15 percent more likely to discover a new brand through hearing an audio ad.

"The data makes a compelling case to shift dollars from radio to streaming audio," Paris added. "Streaming audio ads are less disruptive, and messages are more likely to break through given that the ad loads are so much lighter than on broadcast radio."

Brands should also look at streaming audio as an alternative to other media, Rosin said. In a cluttered ad market, where consumers' attention is increasingly divided between digital video and TV, presenting an opportunity for audio sellers to siphon off ad dollars.