Digital Billboards: A Game Changer for Auto Advertisers in the Out-of-Home Market 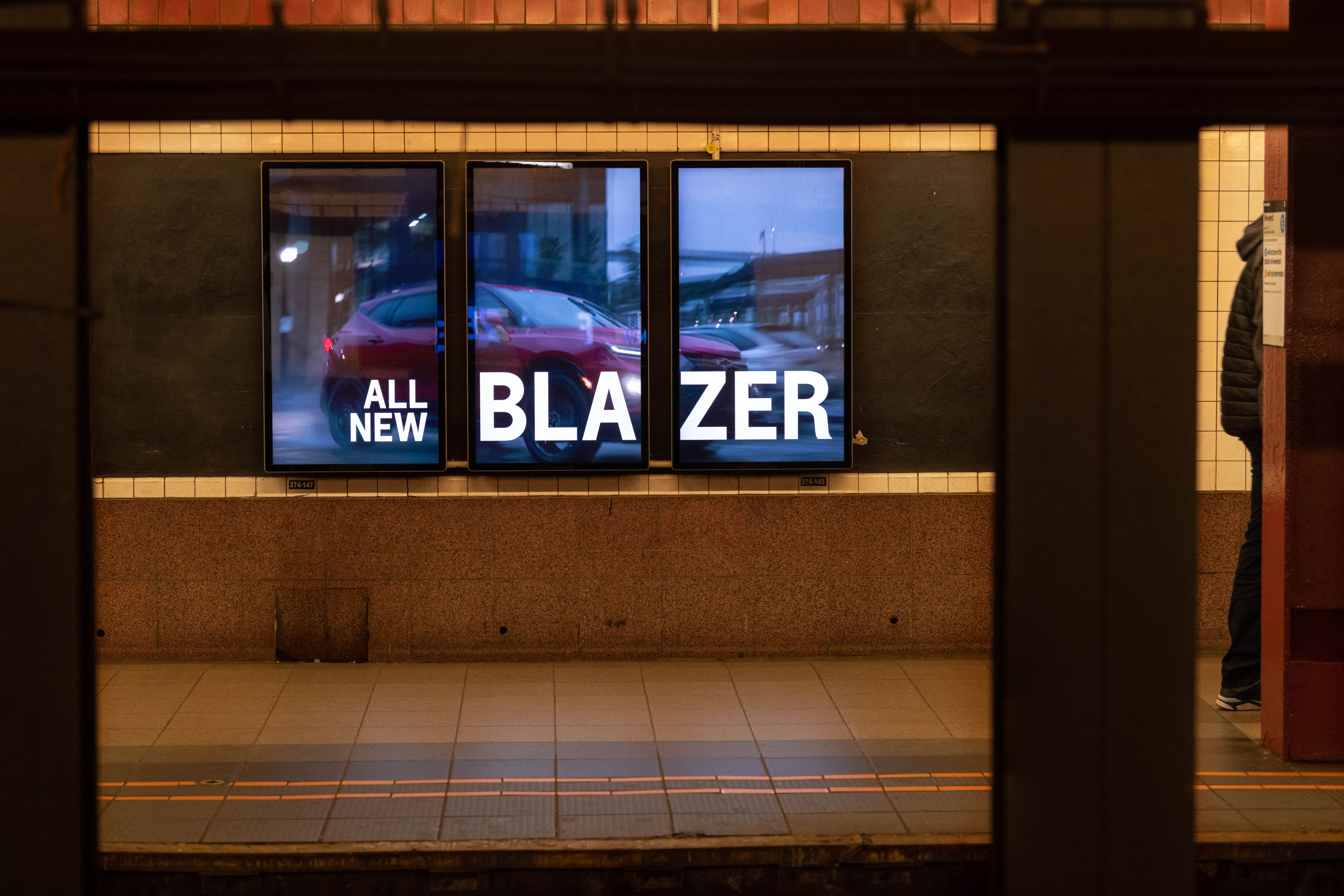 Never heard of Jared Bell? You're forgiven, but in the 1830s he put up America's first billboards—advertising circuses like Barnum and Bailey. Outdoor display billboards—often hand-painted, labor-intensive affairs—got started in the 1860s. But it was the popularity of the Model T Ford (which put Americans on wheels) and then the interstate highway system (in the 50s) that really made billboards popular and successful.

Today, billboards are a mainstay of the Out-of-Home (OOH) industry, representing 66 percent of total revenue, says B Media Group. They're engaging the people who (at least until COVID-19) spent 70 percent of their days outside the home, Morgan Stanley Research says. OOH advertising isn't just on public placards, it's in doctor's offices, bus shelters, mall kiosks, old telephone booths, on the sides of buses and on lampposts. And OOH is increasingly digital (DOOH). According to The Myers Report, digital OOH generated $2.8 billion in 2019 and it's growing quickly.

Digital ads work. A recent Nielsen study shows a high notice rate and the ability to drive online/offline action for digital billboards, digital street furniture and digital transit. According to Movia, of the 70 percent of people who recall seeing a digital ad in the past month, 47 percent specifically remember the ad's contents.

Watch the live stream at MediaVillage today at 4PM. 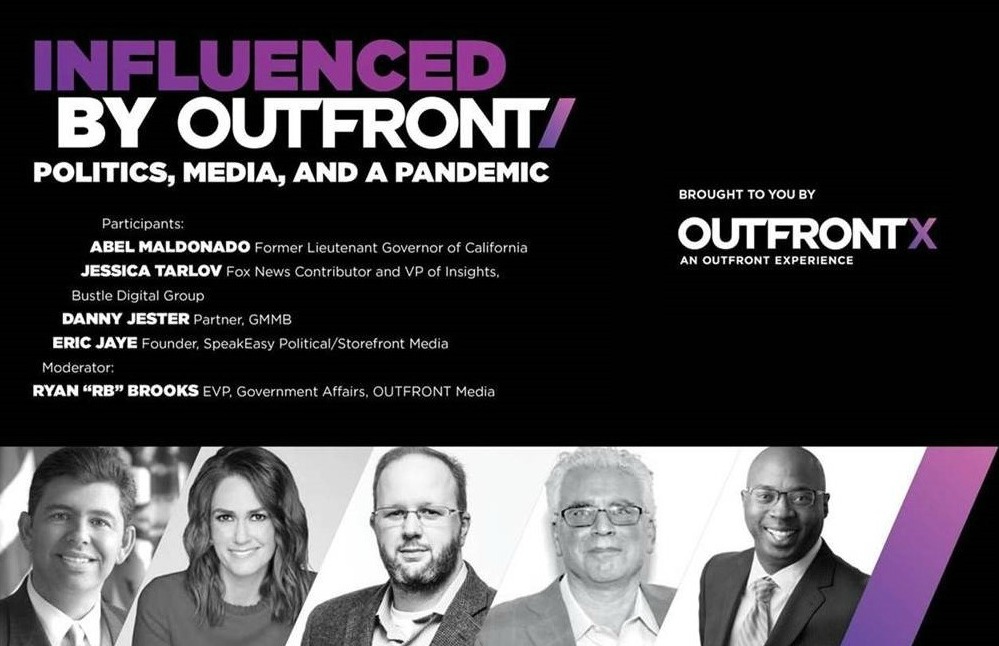 OOH generally is effective. Nielsen said in 2017, "Online activations including search, Facebook, Twitter and Instagram activity generated by out of home advertising indexes at nearly four times the rate we would expect given its relative ad spend….Nearly five in 10 U.S. residents age 18 or older (46 percent) have used Google, Bing, Yahoo or another Internet search engine to look up information after seeing or hearing something advertised on a billboard, bus shelter or other outdoor advertising or in a movie theater in the past six months."

Les Harrison represents client/agency partnerships and is head of automotive at Outfront Media (formerly CBS Outdoor). "For us, digital is a small percentage of inventory but a growing part of revenue," he said. Harrison said auto companies are embracing digital buys, including Ford, Nissan and Jaguar Land Rover. And some companies are using DOOH to get larger audience for live-streamed events, often in conjunction with YouTube. 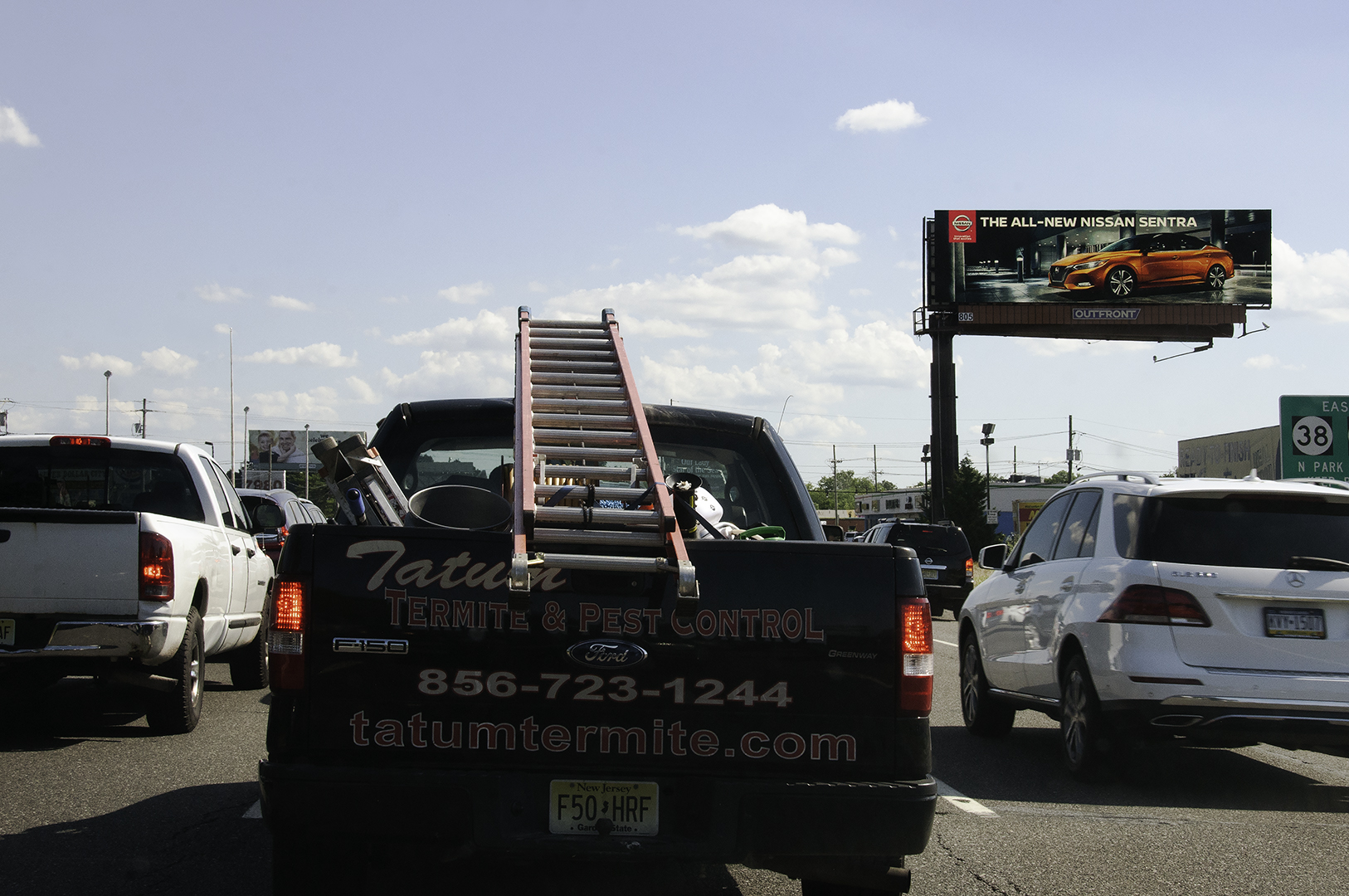 In an example of innovation in DOOH, Porsche recently hosted guests to a drive-in screening of Mad Max: Fury Road on the top of the Grove in Los Angeles. Using Hollywood as the backdrop, star Charlize Theron introduced the movie to a private audience of 250 guests. Toyota live-streamed the launch of the new Venza but hasn't used DOOH yet. 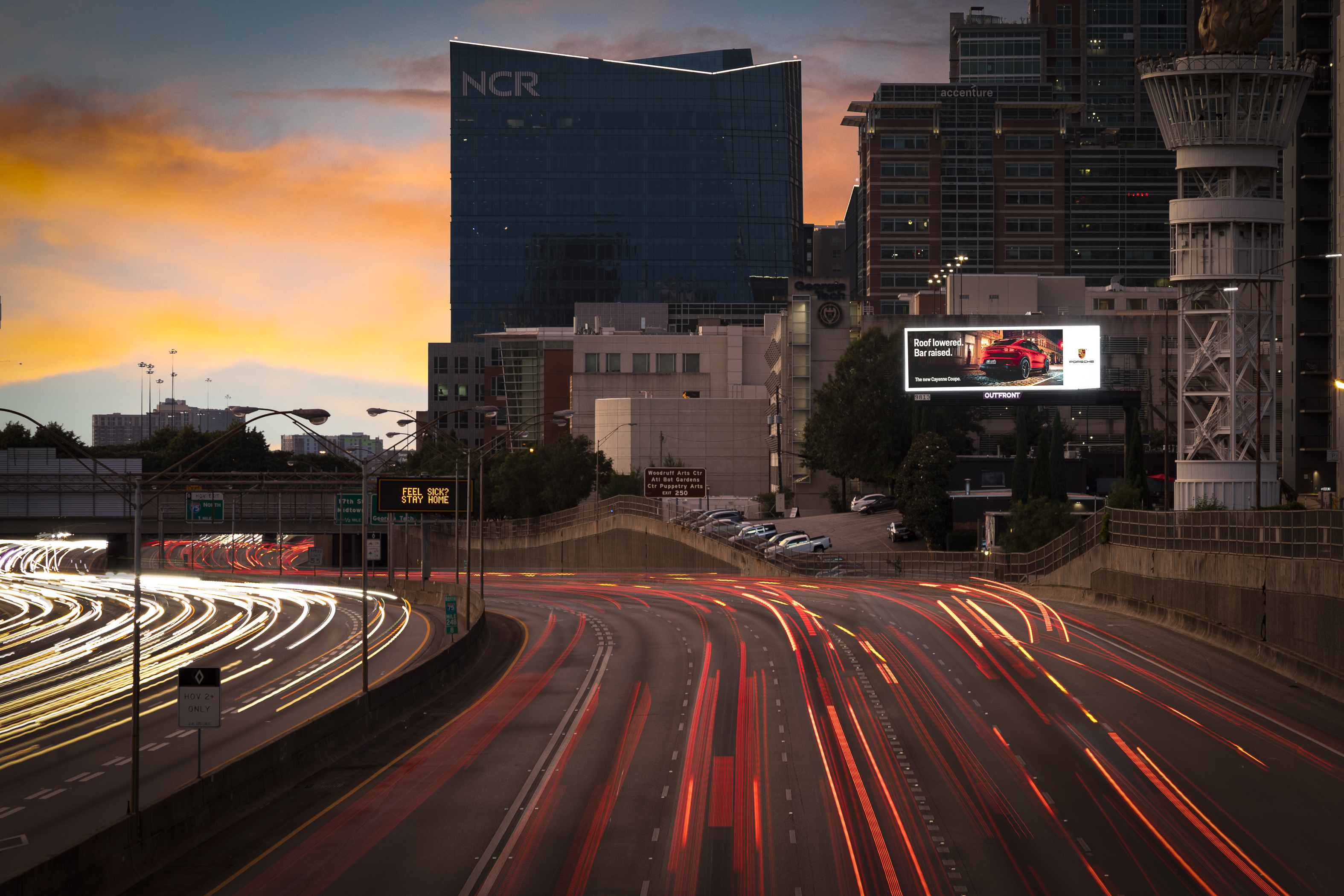 Kia's Stinger buy was up in Times Square during New Year's Eve. That got it into countless selfies, Harrison said. He added that the billboard is close to where Good Morning America is taped, and that fuels a lot more background engagement. A challenge for the OOH industry is quantifying the impact of the advertising, especially compared to Facebook and Google, but Outfront and other players are innovating.

Outfront Media is one of the largest out of-home advertising companies (there are three big ones), and it owns or leases a wide variety of venues for advertising—electronic and traditional highway billboards, screens in malls, placards in public transit—and also sells space on those assets. For data-hungry clients, the company quantifies how well it works.

Last year, Quip, a maker of electric toothbrushes, put its message in one of the most public places in America—an Outfront billboard in Manhattan's Times Square. The results are in via a mobile survey with Outfront partner MFour: 78 percent of respondents said they're likely to consider buying Quip, and 82 percent gave the brand a "good to excellent" rating. Another survey revealed that some 50 percent of those queried recalled seeing the Florida Department of Transportation's safety campaign, "Alert Today, Alive Tomorrow." And 70 percent said they will or have taken an action as a result of seeing the OOH messages.

Lucy Markowitz, vice president of national sales at Vistar Media, said that what is called programmatic OOH works well for brands that need to pivot their messaging quickly. Examples might be a sale, or other time-bound announcements. She also said that Vistar's analysis is seeing greater engagement with OOH screens in gas stations, convenience stores and other locations.

Auto dealerships have traditionally put billboards near their exits on highways, and that continues to pay off. According to OOHToday.com in 2019, a major dealership brand in California used billboards to reach specific market segments, and saw a visit lift of at least 97 percent across each market: 158 percent in San Francisco, 142 percent in San Diego, 122 percent in Los Angeles and 97 percent in Sacramento.

The traditional billboard still dominates the OOH industry. A small but increasing share of the Outfront inventory is digital, offering a host of advantages to advertisers, including the ability to go up quickly, to have messages go up at specific locations at strategically chosen times, and to get quick feedback about the ad's effectiveness. In this, digital OOH can offer a more affordable alternative to Facebook and Google, which excel in the metrics advertisers want (but have significant brand-safety issues).

LED-based digital billboards cost from $5,000 to $180,000 to install, depending on size. One top buy would be a 14 by 48-foot digital billboard with a pixel pitch of 16 millimeters—that would cost $154,000 (plus parts and shipping). Once it's up, a client can get their image in rotation with just a digital file. The billboards are very bright, even in daylight, and Harrison said the displays are subject to local regulation.

According to Movia, advertisers will pay from $850 to $7,000 for four-week campaigns, with the ads circulating every eight seconds. Obviously, there be brand adjacency issues with these rotations, too, but Harrison says advertisers can specify their placement requirements—and control it more than is possible with the big online players.

I joined Harrison, Markowitz, and Joe Kyriakoza, general manager of IHS Markit, in a lively discussion of the impact of OOH. See it here: