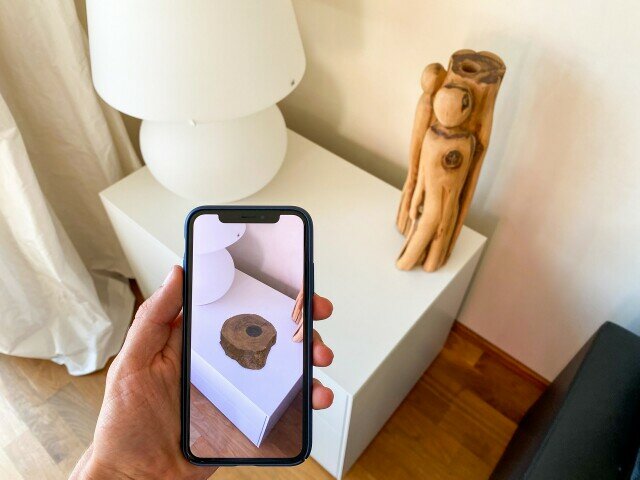 We have always known that contexts affect the performance of an ad. Since the first time I tried to assemble copy tests to use to get media impact weights, I've known that media context impact is sensitive to the individual ad, not just to the product category as Schwerin had established.

He (the founder of modern copy testing) had found that fear-producing environments hurt the impact of food and beverage ads. At K&E, I found that Lincoln and Mercury ads were context sensitive in ways that could not be simplified based on the car model, ad unit and genre of magazine. The math I saw said to me that it was sensitive to the creative execution.

So for my optimizers -- which need impact weights or they will be slaves to eCPM reductionism -- I was thwarted in an attempted quick solution for context impact weights.

ARF's Horst Stipp did the first modern meta-analysis of context effect studies, and Kwon repeated it with 70 studies, corroborating Horst's findings. These were based on analyzing alignment in limited ways (happy/sad, etc.) between a specific creative execution and a specific context. Kwon showed an average 15% ad recall lift when these simple alignment approaches were used.

RMT (of which I'm a part) uses a more complicated alignment approach involving 265 alignment variables, and Nielsen/Catalina and 605 results show much more than 15% improvement in ROAS and branding metrics more relevant than ad recall. RMT is doing context alignment across media types that have contexts in this sense (excludes outdoor and direct mail, where RMT focuses on ad-individual resonance rather than ad-context resonance). This method is now lifting results for early adopters.

Digital introduces completely different contextual experiences, and these also have context effects. In non-premium digital video, for example, the typical context is a countdown of how soon you can skip the ad, on a page where other things are also happening that try to grab away your attention. I look at this through the lens I had on my first day in media research at Grey, where I was taught that an ad could gain immense credibility by being put into The New York Times, for example. From that headspace it was unimaginable that anyone would ever want their ad to appear in any environment where it was assumed and repetitively semiotically transmitted that all ads are junk and you probably want to skip them.

Take for example a side-by-side test of the same video in a number of traditional and digital contexts done using Chilmark Digital's [ReSync]™ platform, which is designed to be configurable to any context format including social media types. As you can see from the chart below, the specific context has a strong and not intuitively predictable effect on the human gauges of the same content. 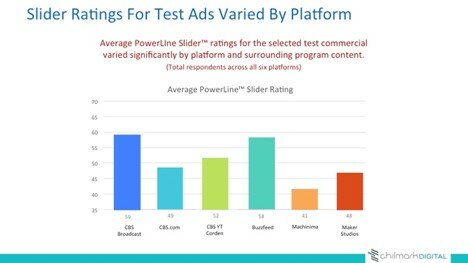 Digital contexts are not only highly individualized -- much more so, for example, than TV shows -- they are also about to take another huge technical leap which will diversify digital environments even more. Consider Snapchat. (I suggest you download and play with it for a few minutes to get the feel for it, which my words would merely distort.) In the first quarter of 2020, right before the pandemic hit, Snap was doing okay for a newcomer facing established social media giants. A typical smart agency was maybe putting 3% of its social media budget into Snap.

In Q1 2021, Snap was up +66% over Q1 2020. 280 million people are using Snap daily, +22% YOY. Five billion snaps are sent daily. Agencies are talking about putting 10-20% of social media budget into Snap, part of it being lower CPMs and the higher performance per dollar which uses goes with it. Standard Media Index (SMI) ranks Snap third in terms of cost efficiency out of 18 major entities in digital video. SMI shows Snap is up YOY Jan-May 2021 +95% and over 2019 +160%, with the greatest incremental revenue from CPG and Tech.

When I asked Peter Naylor, Vice President of Sales, Americas of Snap since April 2020, to what does he attribute the hockey stick in ad sales, the first thing he mentioned to me was Augmented Reality. He told me that 200 million people are already regularly using the AR capability in Snap. Brands are able to add AR to their ads so that users can try on clothes or beauty aids and other products where they can point their cameras at themselves and see themselves merged with the product on the screen -- without having to wear special glasses or use anything but their phone.

Walmart has reported a reduction in returns of merchandise associated with this use of AR.

AR is one of five types of ads in Snap, and not the dominant one, which is Snap Ads, a single full-screen display or video ad, according to SMI.

Snap is not the only one using AR. Others are getting into it, and since 200 million people are already using it, it won't be long before it becomes a significant share of adspend in certain product categories. Meanwhile, creative people will think of ways to use it in their product categories. This is a context in which one must do creative pre-testing as well as in all other contexts. Pre-testing has dropped off as people rushed into the market with untested ads because they are able to quickly see which ones are not working and drop those. Creative weeding as I call it was discovered to be highly effective by Mars and TRA, working together and in parallel. However, it still makes sense to return to fast valid pre-testing because it saves the much larger cost of running duds for a couple of months as well as the opportunity costs of the sales that could have been made in those months. Plus, the learning from pre-testing helps creatives create better next ads.

Pre-test by context for the best results for the least cost and greatest agility.

Best practices are occasionally mentioned but frequently disregarded. This makes no sense when they have been established by marketing science itself. Disregarding marketing science is akin to scoffing at pandemic vaccination. Yet too many of us are doing one or both. (Watch for a thorough review of best practices in an upcoming column.)

Do not ignore context effect in any medium that has context as an optimizable attribute. The advertiser's revenue you leave on the table could have been plaudits and a promotion for you.