Digital Creative is Missing the Mark 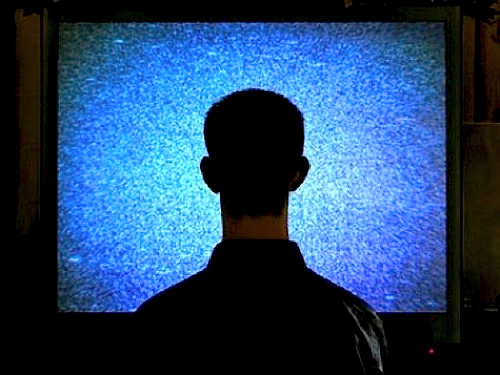 Earlier in my career I had the great good fortune to work with Karl Vollmer, a legendary Young and Rubicam copywriter whose career spanned the development of commercial television as well as the Internet. Among the many lessons I absorbed from Karl was his insight about the reciprocal relationship between new media possibilities and the new creative people who could develop them into powerful selling ideas.

When commercial TV began, agency creative departments basically had print people and radio people. As TV developed, the radio people were assigned to it because it sounded just like radio -- with pictures. Then a new breed of creative people began to rise in the agencies -- people who saw new possibilities for expression in the new medium. And they, along with the TV medium, became king.

Each Medium Has Its Own Palette

This reciprocal relationship between new media and creative reminds me of the double helix -- discovered by scientists Watson and Crick to be the shape of DNA, the basis of all life. Two strands wrapped around each other where each strand fits perfectly with its partner. Media and creative is also a complementary evolution, where every new media form opens a new palette for creative selling ideas.

At first, a new medium uses the creative ideas already established by an older medium, as early TV was really just radio selling copy -- with pictures. Then it was discovered that TV also lent itself in an extraordinarily powerful way to selling techniques combining sight, sound and motion. And new creative ideas began to rise in the agencies and push the medium further into areas beyond rational selling by words or mnemonic jingles or imagery. TV revealed a new palette for creative expression that could touch human emotions and connect with human experience like no other medium had done.

But it's important to remember that it was the people in the creative departments of agencies that had the vision and the courage and the willingness to take big risks and push out the palette of creative expression in television. It's this element of risk, the undeveloped wild west of the new medium, and the drive to explore that is at the foundation of new media possibilities. But today, digital is mainly still in thrall to the old and familiar practices of traditional media.

So far, digital has been mainly exploiting a transactional role -- it makes searching, product selection, purchase, payment and delivery frictionless for the consumer and reduces retail costs. But in its other two potential roles -- dispositional and conversational -- digital has hit some roadblocks. The conversational role is now beset with issues involving truth and fakery and editorial responsibility -- problems that had been solved long ago in print media, but are now reemerging with a vengeance in digital, primarily I believe because of digital's laissez-faire roots. And the dispositional role (creating awareness, preference and setting up the eventual sale) is being stalled due to a key missing element, essential to every selling medium: the collaboration of the audience.

The Audience as Collaborator

When we get beyond the core practices of direct marketing, which are centered on immediate action to take advantage of the deal, the discount and the exclusive offer, the effectiveness of advertising depends very much on its relationship to content and a collaboration with the consumer. This collaboration -- the exchange of attention for content value -- is usually implicit, but it's very much out in the open. There are no surprises -- whether it's a print ad, a radio commercial or a TV commercial, the audience knows it's coming and pretty much accepts it as part of the experience (some, of course, skip ads and tune out or fast-forward through commercials). This collaboration has depended very much on the ingenuity of creative people understanding and working in these media, always searching for something new and refreshing. These efforts are also part of the tacit contract between the audience, the creative and the medium. They grow together – and the creative product has to stay ahead and lead with new ideas that deserve attention as audiences get smarter.

Consider digital today. Clearly the audience does not buy the old contract when it comes to digital display, pop ups and redirects, and auto play video ads. As much as digital publishers would like to impose the old tacit contract of the exchange of attention for content value, the pervasive use of ad blocking software and page abandonment is sending a pretty clear message -- the audience isn't convinced. And a rational appeal like "hey it's only fair" just isn't going to work. So something has to change. We need to find the collaborative modes of digital media -- and that means new kinds of creative.

In the main, digital creative is missing the mark, relying on the vestigial practices that worked in the traditional media, but insufficient in a medium that is so intensely personal. We have an inbuilt caution to strangers coming up close and saying, "I am your friend." That's what the interruptive and irrelevant messaging in most digital advertising today really boils down to. If the past is any guide, the new creative person will emerge to see a different palette presented by the digital media and work on a new canvas for the staging of great selling ideas.

The medium's possibilities and the creative people who are willing to take risks to bring them out will evolve and entwine -- like the double helix. But this time, the audience itself must be a partner. And this time the "creative" may not be an art and copy team, but rather a team that also encompasses media, technology, data and mathematics experts who will together create powerful new selling techniques that are worthy of attention in the new digital world.