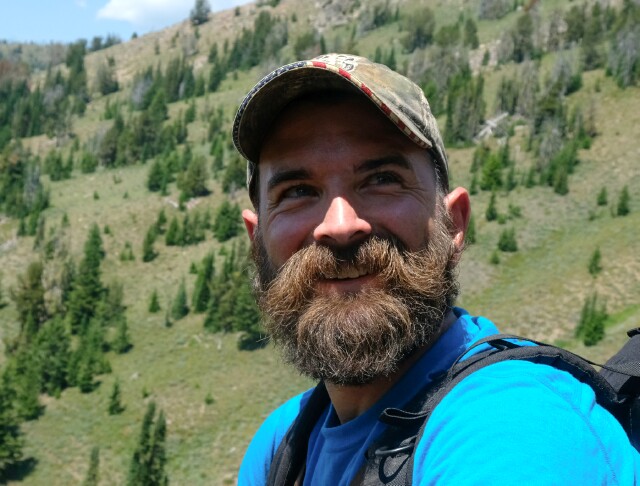 Since March, life has been starkly measured in terms of loss -- of people, health, jobs. Yet as the world hunkers down, a few hearty folks experience the opposite. Miners on Discovery's Gold Rush, returning for its 11th season Friday, Oct. 23, have seen their world expand as they succeed. With gold at an all-time high of $1,900 an ounce, it’s an ideal time to be a gold miner – if you can get through the border into Canada’s Yukon or figure out a way to scratch the precious ore from the ground in America.

"Guys and girls now are taking their destiny into their own hands, and that is why Gold Rush, in particular, resonates with people," says Carter Figueroa, executive producer. "This started out with a ragtag group of friends in 2009, and they tried to chance it all and go gold mining. It resonates with people. You can go out and do this!"

Well, a certain type can. These are folks who, when a massive piece of machinery breaks, get down in the muck and fix it. They do not rely on others; often, there are no others on whom to rely -- except for their immediate crew. Some of the miners featured in TV’s No. 1 show among men on Fridays, and Discovery’s most-watched series of 2020, legally cross the border into Canada in the season opener. Perhaps surprisingly, they are considered essential workers. While mining for nuggets isn’t on par with an ER doctor, Fred Lewis (pictured at top), featured this season, explains the designation is because the highly conductive gold is used in electronics such as cell phones.

Lewis drove to the nearest town, Sumpter, Oregon (population 250), to get on the phone with MediaVillage. After 14 years in the Army, as a Green Beret medic and Korean translator, Lewis took a round of shrapnel to the helmet he was wearing. This left him with a concussion and migraines, and he had to leave the military. Like so many vets, he was unsure of his next move.

"The problem with veterans is you go from being on top of your game to an unemployed individual," Lewis, 42, said. "That is where gold mining fits right into that mold. It is a new purpose, and I see so much potential, not even just for me but for the whole team."

His team, which includes five other men and his wife, are all former military. Many have earned Purple Hearts and some lost part of their bodies on the battlefield. They’re determined to make a go of it. The series features fan-favorite Parker Schnabel, who has grown up on the show and mined millions.Listening to the highly educated Lewis, you can almost hear the siren call of gold that has lured men over the centuries. He talked about the energy one feels holding it.

Sure, the money is alluring. For Lewis, though, this isn’t just about fattening his bank account. When COVID struck, he lost his job as the wrestling coach at a Washington high school, where his wife taught. In earlier seasons, Lewis worked security in Papua, New Guinea, for Schnabel. He watched and learned.

As Lewis took stock of what to do and how he could help his military brothers, this season's story came together. Without spoiling how it unfolds, it is safe to say that he finds a landowner who wants to help veterans. Lewis and team cobble together machines that look like Rube Goldberg inventions -- only more complicated. 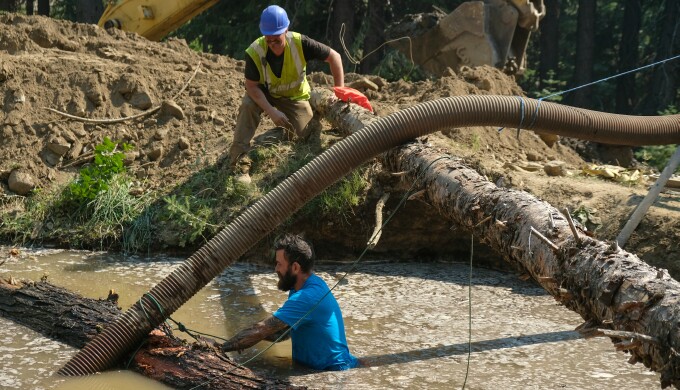 Incidentally, although millions of tons of dirt are moved in search of those yellow glints in the otherwise drab ground, gold mining is not environmentally destructive.

"One of the things people don’t realize is what they do on Gold Rush is highly regulated," Figueroa explained. "They have rules and regulations, and they have to restore the land to how it was before they got out there. The environmental agency inspects the land before and after, and it’s better than it was before in some cases. It is not like fracking, where they’re pumping chemicals in the ground. It is a fairly clean process."

Typically, digging would have started in April; in the year of COVID, though, it began in July. The miners will stay until snow shuts them down. Although this season was filmed during the pandemic, masks were not shown, at least in the two-hour premiere.

Those in the Yukon "had very strict regulations up there," Figueroa recalled. "Before any crew could go onto a mine site, they had to quarantine for two weeks -- the mining crew and the camera crews. They had COVID tests, and once you were on the mine set, that was it. These mine sites are in the middle of nowhere. Groceries are dropped off, and they created a little bubble for them, and that’s how they managed that."

That isolated life of a ghost town, Bourne, Oregon, suits Lewis. His wife, Khara Lewis, who serves as mine manager and load operator, and the crew are the sole residents – except on the rare occasion when a couple of weekend warriors venture into the Blue Mountains.

"It is good that way," Lewis said. "We don’t have the distractions and COVID. We have a campfire and cook food. We have hunting, fly fishing, hiking. We are taking a risk and starting from scratch. We put up a flagpole on 9/11 in the middle of this ghost town. It sounds cliched, but we are living the American dream."

Gold Rush is telecast Fridays at 8 p.m. on Discovery.