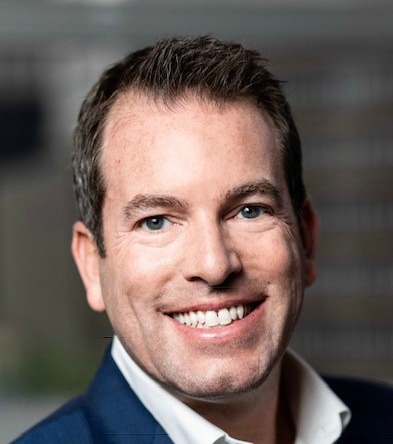 Scott Kohn came to Discovery, Inc. 22 years ago. "We had Discovery Channel and we'd just purchased a little one called The Learning Channel," Kohn recently told MediaVillage.  He worked his way up from sales planning to now heading the ad sales team for Discovery, Travel Channel, Science Channel and Motor Trend (formerly known as Velocity) as Executive Vice President of National Ad Sales.  His bundle, alongside those of Karen Grinthal and Greg Regis, help both the sales team and clients more easily transact with Discovery, Inc.'s 17 networks, as well as their digital and data platforms, a strategy set by Discovery ad sales chief Jon Steinlauf last year.

The four networks are thematically linked by their focus on real life and real experiences, Kohn said, and also by the kind of audience they bring in. These networks have substantial reach among adult audiences and also skew towards the male 25-54 demographic, the kind that also has low duplication with news and sports.

Discovery remains what Kohn calls "the leader in real-life content," with programming that delivers unique experiences to their audience, casting a spotlight on genres, such as epic jobs, survival, adventure and exploration.  More recently, the network is shifting back to its roots with a push into programming about natural history, space and oceans, feeding viewers' curiosity for a world filled with hope and wonder.  "In a world where there's so much angst and concern, we think it's time to bring back the optimism," he said.  Discovery programming works so well, he added, because every episode of every program includes both high stakes ("Will they get enough crab?" on The Deadliest Catch) and a reward (seeing all the crab caught).

With high stakes in mind, the network is working on a portfolio of new specials that will take viewers -- "and our advertisers," Kohn said -- to ocean floors that have never known the touch of man, to the farthest reaches of space and just about everywhere in between.

Travel Channel, Kohn's lone legacy Scripps net, is certainly evolving.  While culinary tourism was the driving force behind much of the last decade's travel programming -- recall that Anthony Bourdain's No Reservations was a Travel Channel series -- these days viewers are looking for mystery, for lost treasure, for myth and for legend.

"One of the leading reasons people are traveling is for historical tours, to see museums and learn about the culture of a place," Kohn explained.  Travel Channel is happily obliging, with a "where fascination meets destination" sensibility, presenting storytelling with an emphasis on myths, legends and the unexplained.

The result has delivered substantial growth for the network.

Science Channel has similarly bucked the downward viewership trend -- in fact, Kohn said, coverage for the network is up and its audience has grown 10 percent in that male 25-54 demographic and six percent overall.

The name "Motor Trend" may look slightly unfamiliar as a network; this is the rebranded Velocity, a joint venture between Discovery Inc. and Motor Trend magazine.  What interests Kohn is that the Motor Trend channel seems to be attracting an audience that isn't just die-hard gearheads, but valuable consumers who live the "driver" lifestyle.  "Think upscale consumers with disposable income to spend not only on their vehicles, but also going out to restaurants, buying the latest tech toys and improving their homes," he suggested.

Being able to create their own branded TVE platforms was quite appealing to everyone at Discovery, Inc., including Kohn.  "We launched Discovery Go less than two years ago, and it's delivering a huge audience and a huge amount of revenue for us," he said.  The digital platforms provide an astonishing number of opportunities for programmers and marketers alike.  "We can serve the fans looking for exclusive content and mid-form series created just for the TVE audience, as well as extend the reach of a series beyond the linear audience so that an advertiser can connect with a younger, more affluent viewer watching on their mobile device or Smart TV," Kohn asserted.

A lot has changed in the two decades since Kohn joined Discovery -- "We bought Travel Channel, we sold Travel Channel and now we have it again" -- but it was the speed at which the industry is moving that has struck Kohn the most.  Multiple massive media mergers went through, creating an era of outsize consolidation.  Advertising holding companies have seen massive changes within.  People are watching less television, but more video.  "It's a big opportunity," Kohn said.

There's one constant, though, for marketers and viewers alike; a week of programming that has provided a summer balm for America for three decades: Shark Week.