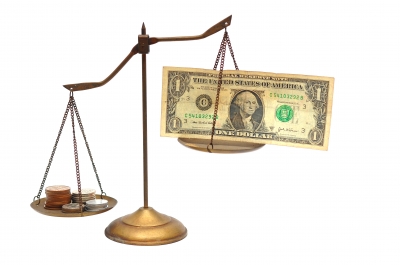 BOTTOM LINE: Investors we have spoken to have expressed understandable confusion given stories in the press in recent weeks regarding Nielsen "restatements" in context of concerns around cord-cutting and declines that appear to disproportionately impact Disney's ESPN. More confusion will inevitably arise given comments on yesterday's Disney earnings call where Disney's CEO stated that "Nielsen has significantly lowered its estimate of losses of multi-channel households in 2015" and that "Nielsen corrected…numbers." More accurately phrased, Nielsen redefined numbers in relation to the Cable Plus universe, returning the definition of that term in early 2015 to what it was in late 2013. Importantly, we note that changes were made following consultations with Nielsen's clients. Nielsen neither lowered its estimates of multi-channel households as most investors would define them, nor altered its estimates of the total universe of households with televisions nor altered its estimates for the numbers of homes with ESPN, which on Nielsen's estimates continue to exhibit declines that outpace overall industry levels.

For further background, Nielsen has produced an estimate of what is called the "multichannel universe" meaning the number of homes that are paying MVPDs for video services. This means customers of cable services and "alternative delivery services" (ADS) which includes C-Band and DBS satellite services as well as telcos who provide video offerings, too. Beginning in September 2013, following consultations with its clients, Nielsen began including estimates of Broadband Only homes – those exclusively using internet-connected devices to view television – in the definition of Cable Plus. This change was made alongside efforts intended to better incorporate viewing of ad-supported content on digital devices into the ratings that networks and advertisers transacted on. This choice of definition of Cable Plus also had the effect of conveying stronger health in the multichannel business by holding up the numbers of Cable Plus homes than would otherwise have been the case. The inclusion of Broadband Only homes in the Cable Plus definition was well understood by industry researchers at the time.

However, by early 2015 Nielsen revised the definition of Cable Plus to where it was in early 2013 while maintaining separate estimates for Broadband Only homes. Again, changes were made in consultation with clients. But by early 2015, Broadband Only homes were much more numerous than they were in 2013. This led to a significant drop off in Cable Plus homes for those looking only at the headline Cable Plus figure using two different definitions of the term when Nielsen began publishing data with the new definition in April 2015.

The declines in multi-channel homes are not particularly severe using apples-to-apples definitions. For example, in December 2015 there were 99.7 million Cable Plus homes vs. 101.0 million in December 2014, a decline of nearly 1.3 million. This pace of subscriber erosion can be reasonably interpreted as a Nielsen-based estimate of cord cutting, while comparing the old definition of Cable Plus homes in December 2014 of 104.1 million wrongly conveys a decline of 3.1 million because the comparisons are apples-to-oranges as they use different definitions of the term Cable Plus.

Most importantly, none of this alters Nielsen's historical estimates for cable network subscriber levels, which are established by estimating the percentage of total TV households (and not just Cable Plus households) who have access to specific networks. We note that these figures will differ from the numbers MVPDs use to pay cable networks, although we believe Nielsen's figures remain the best representation of the numbers of households with access to specific networks.

As Nielsen's TV household estimates were not affected by its redefinitions around the term Cable Plus, the baseline against which cable network household penetration rates are established were never changed. That means that annual subscriber declines of around -2% for typical networks – approximately half from cord-cutting and half from cord shaving – stand. They also mean that the more severe declines at Disney's ESPN, which are greater than -3% according to Nielsen's estimates, also continue to stand.

RISKS to Walt Disney include the hit-driven nature of video content production, perceptions around the "death" of TV advertising and risks around slow-downs in the pay TV business. For Nielsen, risks may relate to macro-economic trends, the rising availability of less-expensive research solutions (which could impact Nielsen's discretionary services) and the potential that Nielsen's status as the provider of a TV advertising trading currency could be threatened.

FULL REPORT INCLUDING RISKS AND DISCLOSURES CAN BE FOUND HERE: DIS and NLSN 2-10-16.pdf