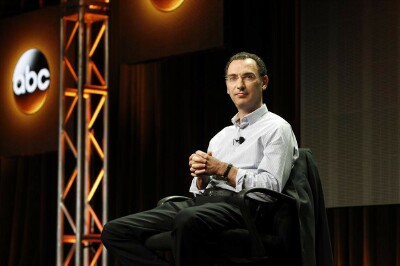 Beverly Hills, CA – Since the announcement of its 2014-15 primetime schedule back in May, ABC has been on the receiving end of great praise for what may be the most diversity rich group of new series any broadcast network has ever put together for a single season.

Diversity was certainly the big buzz word Tuesday during the network's day at the Summer 2014 Television Critics Association tour, with ABC Entertainment Group President Paul Lee receiving multiple questions about it during his session, super-producer Shonda Rhimes being asked to comment during the panel for her new drama series How to Get Away with Murder and the producers and stars of two new sitcoms, black-ish (about an African American family) and Cristela (about a Mexican American family) also being asked to address the topic. There was also much talk about an upcoming midseason series, Fresh Off the Boat (about an Asian American family) that was not included in the day's sessions. (Boat will be featured during ABC's day in the January 2015 TCA tour.) 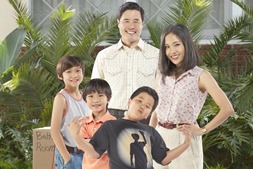 One critic asked if the arrival of a group of new series with so much diversity in front of and behind the camera signals that a "tipping point" has been reached. He also wondered if the business was beginning to realize that shows that are more diverse are more profitable.

"Let's not pretend we're there yet," Lee replied. "I think we're taking a very good step along that journey. But to be able to pull this off, you need not just stars on air … you need the storytellers and you need the executives. I'm very proud of the fact that if you look at … the executives who do development and do programming and marketing across ABC, it's a very diverse group of people. So you need the people who are telling the stories, as well as the people who are playing those stories out, to truly reflect America as it is."

"You can give credit to a lot of shows not on ABC as well as many on ours, like Modern Family and Scandal," he continued. "If you look at shows now that seem to lack diversity, they actually feel dated, because America doesn't look like that anymore, and people want to see … the America that they know. We don't think we're there yet, but we're very proud of the shows that you've talked about."

The sudden appearance of so many ethnically diverse shows was likely not just happenstance, another critic suggested. Was it a mission statement going in? How did this come about?

"It is a mission statement to reflect America," Lee said. "We think that's our job, and in a way that's not so much diversity as authenticity if you're reflecting America. As I said, we went out of our way to approach some of the best storytellers, and when they come in with real specificity, they bring you stories that are authentic. Shonda Rhimes is one of the most authentic builders of character and story that exists out there. We picked up [the new shows] because they were great television.

"We love having a diverse slate, but we think these shows are deeply relatable," Lee explained. "I mean, when I watch Fresh Off the Boat or black-ish or Cristela I am one of those families. So that's why we think they're going to succeed. We're proud of them. We think they did a great job.

"Specificity is so key to great television and great storytelling; you can smell if something's not an authentic specific piece," Lee later commented. "What really worked for us [was] to find voices of people who bring in their own stories. By the way, that was as true of The Middle and Modern Family as it is for black-ish and Cristela. Every one of those shows is relatable because it's so specific. The truth is it's as much about culture as it is about race."

Shonda Rhimes, the executive producer of the three hour dramas that will comprise ABC's entire

Thursday night lineup this fall, had less to say about the subject of race and diversity. "When we first wrote about 'Scandal," one critic recalled, "some of us noted it had been something like 30 years between series starring black women. And now, within the space of, say, three years, we have two shows [Scandal and How to Get Away with Murder ]." Do you think there are any lessons for network TV in that transition? the critic asked.

"No, I don't," was Rhimes' economical reply. "I feel like the shows speak for themselves, hopefully."

The critic persevered, asking: "Could you speak a little bit about the impact of having two shows starring black women on network TV on the same night?"

"That remains to be seen," Rhimes said. "It hasn't happened yet."

Later, the executive producers of black-ish were asked about shows that feature black characters in which the fact that they are black is rarely mentioned, if not ignored altogether. black-ish is most definitely not one of those shows. 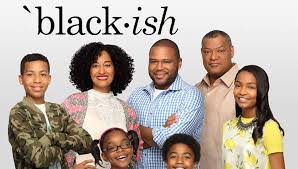 "It's always amazing to me," Larry Wilmore responded. "It's as if black is a bad thing or something. We shouldn't talk about them being black, you know? This show kind of celebrates black more as a cultural thing more than a race thing."

"When I started doing it, it was a way of sort of looking at the world from where we are today," Kenya Barris added. "It could be black, but at the same time you could be Asian. You could be Jewish. You could be from Middle America. It's a family show. Ultimately, that's what we feel like we wanted to do; a show about a black family. It wasn't about a family that happened to be black. It was actually about a black family. But it could be a lot of different people's family and what they've gone through and where they're at today."