Dolemite on Building a Meaningful Brand

By Philip McKenzie November 08, 2019 On Influence and Influencers Archives 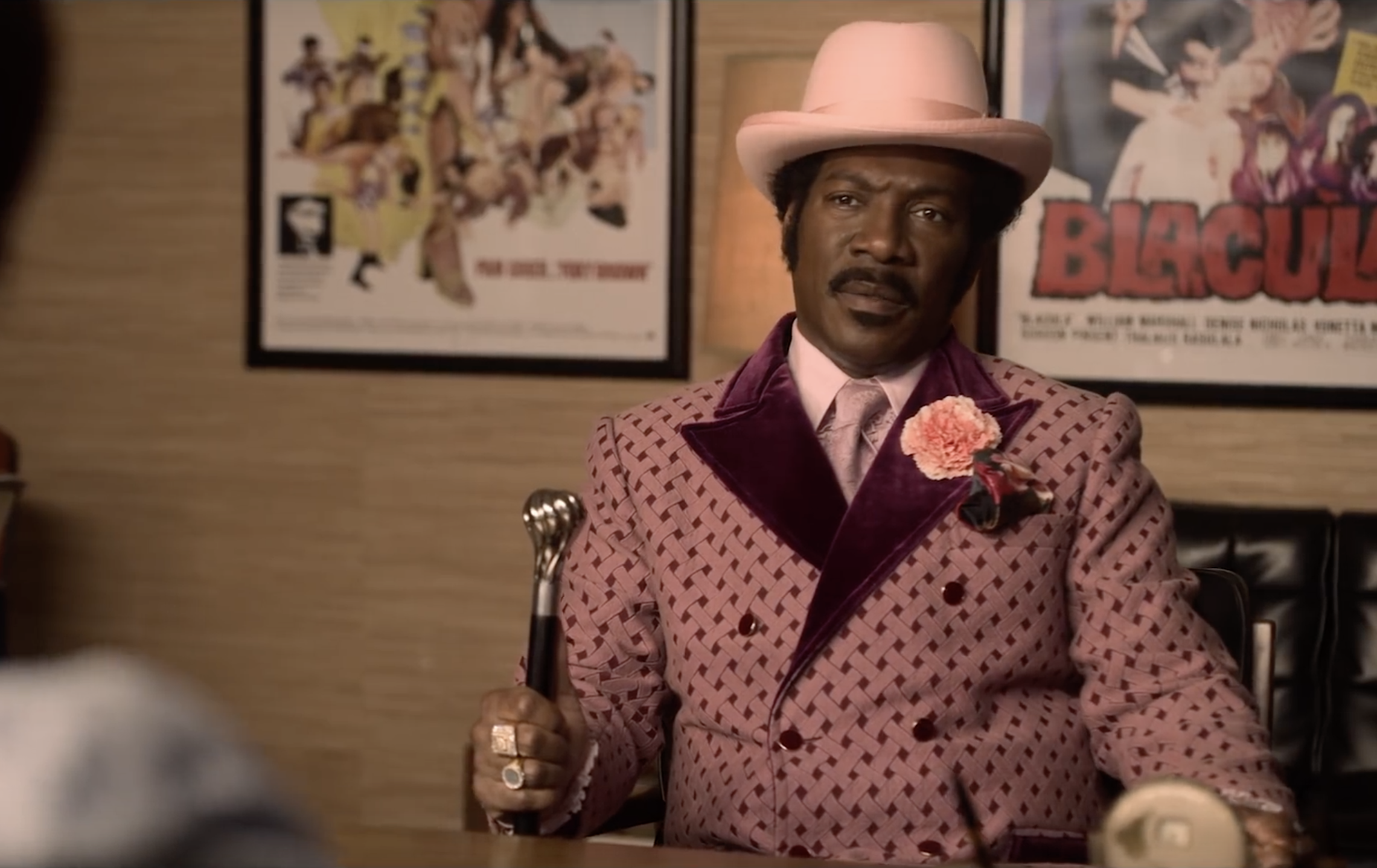 The Netflix release Dolemite Is My Name, starring actor/comedian Eddie Murphy, is a biopic overflowing with inspiration and valuable life lessons. Murphy brings to life the rise of Rudy Ray Moore, otherwise known as Dolemite. Dolemite is a lesser-known figure in popular entertainment, but his impact in the African American community makes him legendary. His standup routines and hit albums influenced a generation of comedians.

Rudy Ray Moore earned the nickname "The Godfather of Rap," as his style was a blueprint for what became hip-hop in the late 1970s. His larger than life story in Dolemite Is My Name is a framework for anyone who wants to understand how to build a meaningful brand.

Authenticity is an overused buzzword as it currently exists. Brands aspire to authenticity but usually fall far short. Rudy Ray Moore was a struggling comedian, relegated to doing warm-up sets for local acts. Desperate to break out, he crafted a new persona for himself and his alter-ego, Dolemite, was born.

Moore leaned into Dolemite as an outrageous, foul-mouthed pimp. More than just a comedy routine, Dolemite was a product of black folklore, namely, the signifying monkey. In black folkloric tradition, the signifying monkey is a trickster — quick-witted and nimble — and could weave stories to outsmart his enemies. The mannerisms Moore adopted as Dolemite, and his new chosen style, were the ultimate inside joke for the audience he was seeking.

Traditional African American leading men at the time were Billy Dee Williams and Sidney Poitier. Rudy Ray Moore made a calculated bet that a chubby, middle-age journeyman comedian who was willing to be himself would ultimately prevail. Playing the game in the way it was constructed would never lead to success for someone such as Moore. The only chance he had to rise above the clutter and make a connection was to be unapologetically himself.

The traditional powers were not ready for authenticity, but his audience was.  This is what is often missing from modern-day branding. It is not enough to use the word authentic and aspire to that ideal. Authenticity has to live in every facet of the brand journey.

Build and Trust Your Team

It takes a team of shared values and intention to build something. Rudy Ray Moore recognized this by pulling from the available talent pool around him. He used the people and resources in his community to create what is now coined, in Silicon Valley language, as the minimum viable product. Moore recognized that empowering his friends, who shared his value of hustling and his hunger to succeed, would keep them all highly motivated. Moore also was not afraid to embrace diversity. Despite relying on his core team, he brought in outside talent when expertise was needed to get the job done.

Moore trusted his team to do their jobs and leverage their cultural diversity to create something new. Organizations that do not build environments of trust won't get their best work from their people, just as homogenous teams won't be as creative as those with diversity. Leveraging varied areas of expertise and cultural perspective is essential to producing meaningful work.

Moore was on a seemingly quixotic quest to star in a movie. Understanding the medium of cinema, he knew he could be everywhere at once, rather than relying on city-by-city tours.

The work he had done traveling from town to town and honing his act provided him with an incredible amount of information about the preferences of his audience. Even so, movie executives rejected his proposals, saying that "you don't make movies for five square blocks of your friends." These executives were assessing the opportunity based on their data, which reflected a smaller audience for black films in general, much less one with a non-traditional leading man.

The data was giving them everything they needed to decide, except for the right information. Moore, on the other hand, had years of insights gathered by talking and reaching out to his audience. To put it in his words, he knew those "five square blocks" existed in every city in America, and that made his audience bigger than the data would ever show.

To successfully build your brand, you can't solely rely on a data-centric approach. A deep understanding of what people respond to also requires being comfortable with the complexity of the human experience.

Experts Suck on What Has Never Been Done

Experts primarily rely on the ability to forecast using past results to project into the future. Experts are best when asked to extrapolate using known quantities. Experts, however, suck when asked to determine the potential success of something they have never encountered.

When Moore released his first film, Dolemite, it was trashed by critics. The critics were assessing the movie based on what had come before it, but they had no framework to judge the work on in a new environment. Their expertise did not allow them to see the possibilities. In creative endeavors — and brand work is, at its core, creative — listening to experts will likely not give you your best work.

In the end, Dolemite built his brand on his terms. His journey was uneven, but it was deliberate at the same time. It was also profoundly based on joy. Joy is distinct from happiness because moments of joy can be a struggle, or they can be bliss. Branding would be better served if there was more joy in the decision-making process. Instead, it is mostly dominated by fear.

The closing statement of the film is a poignant distillation of Dolemite's branding philosophy: