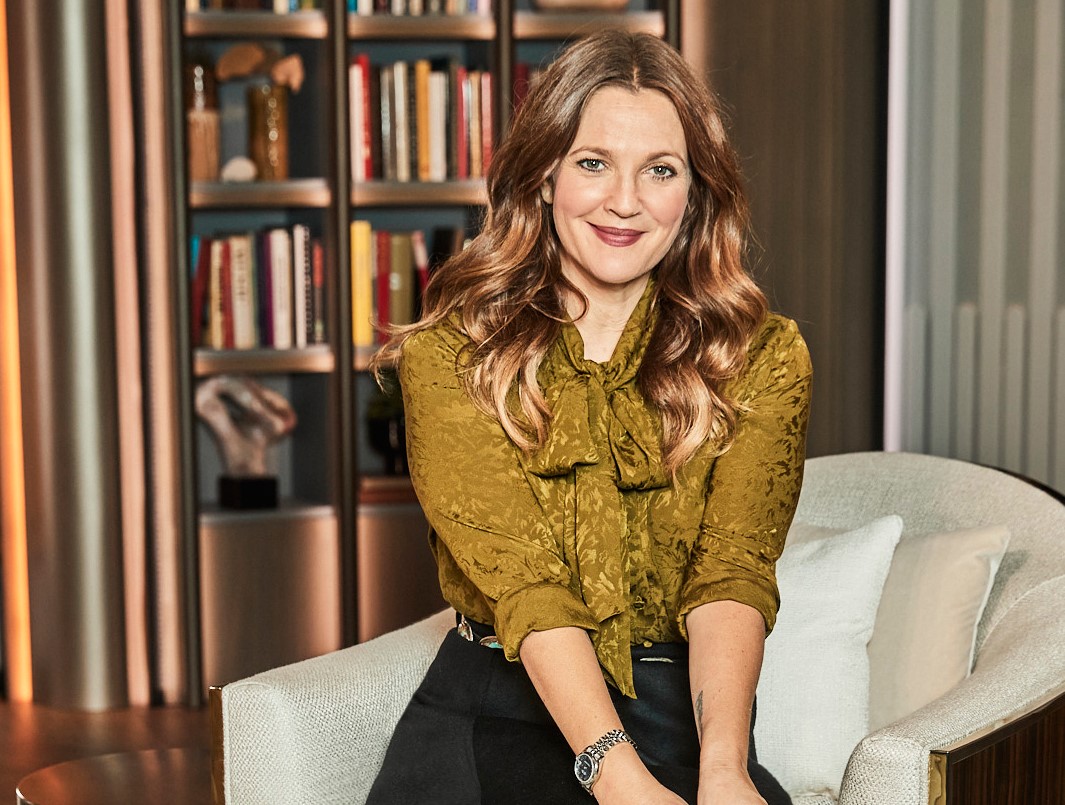 Recently the landscape of daytime television has taken an upswing. As people are working from home, and restructuring work-life amidst COVID-19 working restrictions, new chat-shows like The Kelly Clarkson Show and Tamron Hall have thrived. There's a new entrant in the genre: The Drew Barrymore Show throws a hat into the ring. Hosted by and executive produced by Barrymore (pictured at top and below), the actress is banking on her public familiarity to be the key to success, along with some famous familiar faces and co-stars, and her vast experience as a talk-show guest from the age of seven.

One trick learned that she will implement when possible is to avoid the obligatory pre-show interview. "I was naughty because I never wanted to do pre-interviews," she revealed recently via a Zoom interview. "I never wanted to know what questions were coming my way and I didn't want to give answers like, 'Here's the anecdote.' Spontaneity for me was crucial, so I liked to go in blind and play because life is just too short not too. I went into this show knowing that if anybody wants to come here and do that, I would love it and love to try and give people a refreshing approach.

"If they want to come here and sit and talk, I would love to go in the back door of conversations and talk more about their life experiences," she continued. "Or your upbringing, rather than the thing you're working on now and promoting. I know that's an essential aspect, and we'll certainly professionally hit that button, but I love when Barbara Walters or Howard Stern interview people. It's like the journalistic integrity of research and interesting questions.

Disarming has been something I've always loved as a citizen of the world, so I want to have a different approach to conversations something more casual. But then I'm also like, 'Do you want to come here and play a character you loved being? Let's do sketch comedy and something completely different."

For her first show, Barrymore called in some favors and pulled off a guest-star bonanza - - reuniting with her Charlie's Angels movie co-stars Cameron Diaz and Lucy Liu, along with frequent co-star Adam Sandler. While the bookings seem like the perfect stunt, the show's producers say it was about setting the show's tone. "We didn't want to rush the decision because every booking is meaningful to us and has a purpose," said Co-Executive Producer Jason Kurtz. "We wanted to make sure that we were stepping into this world with more than a booking, but a feeling. We came to the understanding that we wanted to project friendship, and support, and love, that's what was important to us and what made it such an easy decision to bring in Cameron and Lucy."

"There's always the onus and pressure of that first guest and we all kept kind of collectively wanting to go with guts and heart," added Barrymore. "That's been the leader for us, every single person on this show it's where we work from. I mean certainly the mind, and intellect and creativity, but we want to work more on feelings as Jason said. It was important that Cameron and Lucy felt 'not stunty' but like two women I've been with the majority of my life, who are friends, and who I've done some of my proudest work with. We're all still really close and we're all moms now. That to me felt like the authentic right foot out, and we all knew it when it came up."

As television production is forced to readdress its procedures amidst coronavirus restrictions, Barrymore's show is no exception. She and her creative team, along with the CBS digital family, will make ground-breaking use of technology to give the show a 'real' feel. Along with a 'Drew's News' desk, and a fully functioning kitchen, courtesy of the new digital platform 15 Seconds of Fame, the show will have virtual friends. Another swinging set will reveal designer room make-overs, and from a studio in West Hollywood, CA, LA-based guests will be beamed right into Barrymore's New York-based studio for conversation as if they were there. "It's like we're together but apart," she admitted of the setup. "It's a complete innovation and I cannot wait! [It's] unprecedented and looks seamless. I had high expectations, but it exceeds, and I can't wait for you guys to see it." 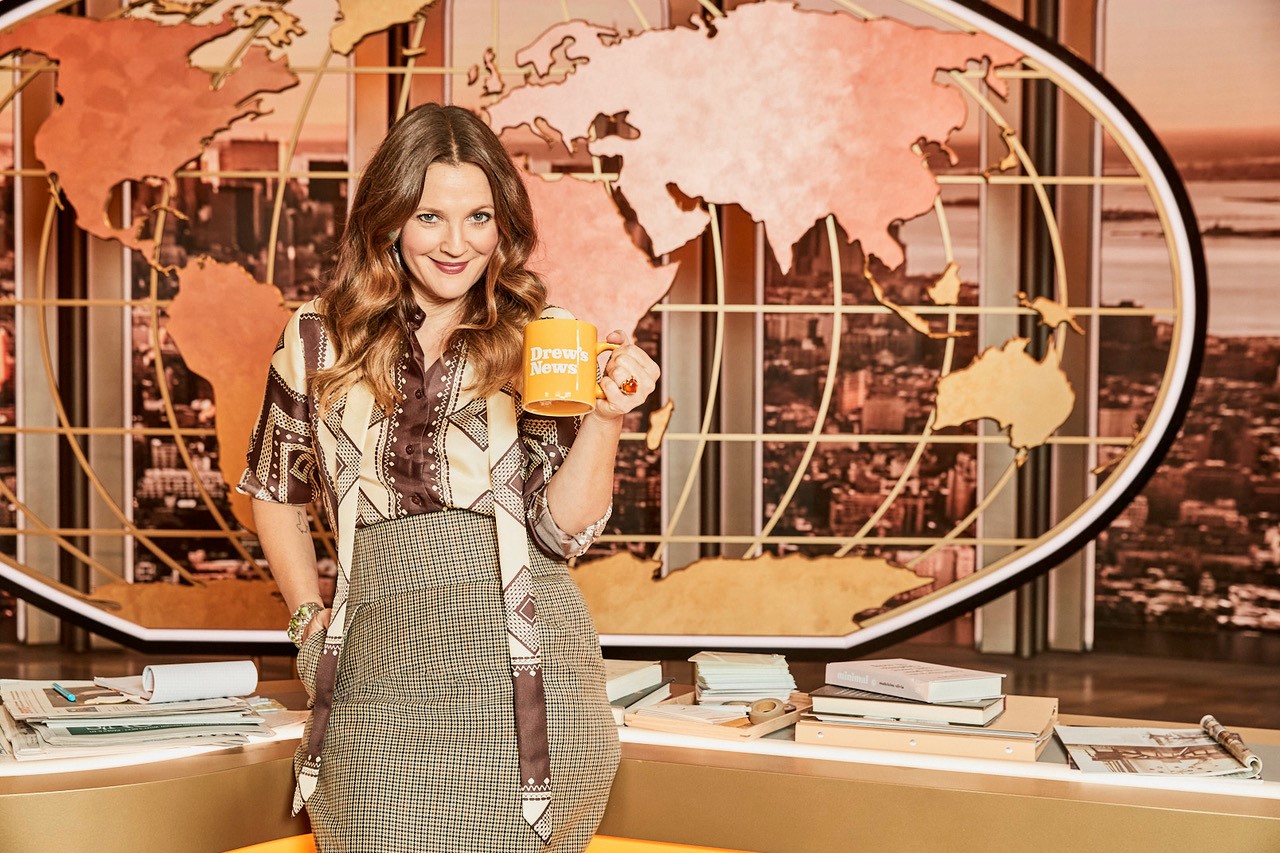 Barrymore looks at the current pandemic production challenges as "opportunities" and is making the most of them. "I'm loving the way that things are going because they have to be that way," she said in closing. "We're making the most of it, really enjoying it and not compromising. We're trying to launch with a show that we would launch regardless of the conditions at this moment. It's about connecting with people and that's been such a big part of my life. I've been talking to people day in and day out since I was seven-years-old, which is probably a better training ground to do a talk show than anything I've ever done in my work life."