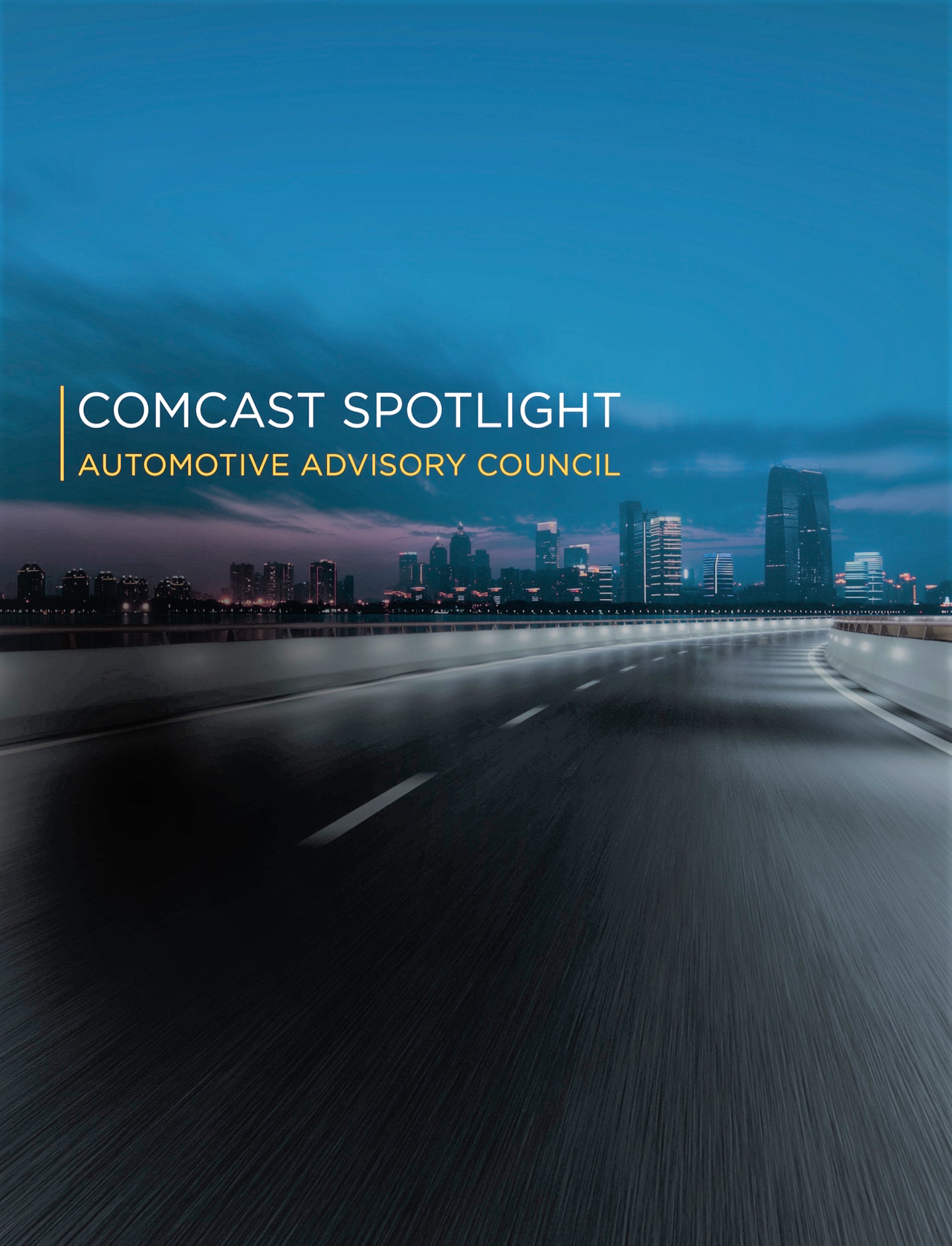 It's no secret that America's TV viewers have an insane amount of choices.  Comcast Spotlight estimates that it would actually take a full year of 24/7 viewing to watch all the new programming produced in 2018 alone.  Not only are consumers watching TV on a lot of channels, they're streaming it, tuning in on tablets and smartphones and sometimes doing two of these things at once.  That helps explain why the media buying environment in 2019 is so challenging for some retail and brand categories, such as auto dealers.  In mid-May, Comcast Spotlight held an Automotive Advisory Council (AAC) meeting at Comcast Technology Center in Philadelphia, at which there were lively discussions about where auto advertising and marketing are going.  I was one of the featured speakers, representing MediaVillage.  The following is an overview of what I shared.

In the "good old days," viewers were all watching just a few broadcast channels, but the challenges for automotive were plentiful then, too.  For instance, suburban dealerships were often faced with paying for urban TV ad time when only a fraction of the viewership was in their region.  It was a blunt instrument approach, often not cost-effective.

Today, broadcast and cable television remain important because, for advertisers, they're the best way to reach millions of people -- all watching the same thing at the same time.  This is now complemented by on demand viewing, creating more personalized advertising experiences.

Despite people watching on myriad devices, it's now possible for TV advertising to be delivered to specific audiences.  The availability of data can be used to identify audience segments and deliver ads to the most motivated buyers.

According to Todd Hauser, Vice President of Automotive Strategy at Comcast Spotlight, "We are in the first act of helping dealers understand how to grow their business in the new TV environment.  Data has enabled TV to become a full-funnel solution, moving beyond awareness to influence lower-funnel purchase behaviors."

I felt it important to speak to how different audiences have different priorities and interests.  For example, Millennials are less interested in engine size or performance, and more into connectivity in the car.  Dealers should be finding ways to engage communities like LGBTQ, just as automakers, including Subaru and General Motors, have done at a national level.  While I also shared thoughts on online used-car buying and dealership marketing suggestions at the retail level (concierge pickup and drop off services, etc.) the Philadelphia AAC event allowed marketing leaders from dealer groups and ad agencies to give plenty of anecdotal input about their own marketing tactics.

David Kelly, Chief Marketing Officer at the Florida-based Gettel Automotive dealership group, was skeptical about a huge increase in exclusively online sales.  "People still want to see the cars they're buying," he said.  "They want to touch and feel them, even smell them."

Kelly noted that used-car vendors such as Carvana (which buys its cars from auctions) pitch the convenience of delivering prospective vehicles to customers for them to test drive.  But Neil Gandhi, Director of Digital Marketing at the Faulkner Organization in Pennsylvania, said select Faulkner dealerships have been offering some form of home delivery for ten years.

Dealers often just rely on, per a recent DrivingSales survey of service departments, waiting room amenities like a popcorn machine and coffee.  But one forward-looking respondent asked, "What if dealers had a virtual reality (VR) setup where customers and/or their kids could play games while waiting?"

That's more in line with what today's customers want.  According to Jake Rostollan, Executive Vice President and Group Account Director at Pinnacle Advertising in suburban Chicago, "Dealers are starting to align with what customers really like.  From the moment the customer walks in, there has to be a focus on serving their needs -- whether it's paperwork completed early or something else."

Gandhi also pointed out that dealer groups, such as the Faulkner Organization, are working to develop an identity that goes beyond their individual brands.  "We love it when people buy a Honda or a Mazda, but it's even better when they're convinced they need to buy a Faulkner car," he said.

Information is king, and much of the discussion in Philadelphia focused on how to most effectively use information.  If dealers are getting half their sales from outside their primary market area (PMA), then they need to know that.  According to LSA Insider, 92 percent of consumers travel 15 minutes or less to make purchases -- even a purchase as big as a car -- but the internet is alerting prospective buyers of possible better deals outside that PMA.

Dealers also want to be able to make a connection between their advertising spend and sales on the floor, and at the Philadelphia event, Comcast showed the tools making that possible.

The task of accurately tracking sales is made more difficult, Gettel's Kelly said, by a complicated digital trail .  "There may be four records opened on a particular transaction, and the risk is that they could all be counted as sales," he noted.

When it comes to the creative process, some larger dealer groups may produce their own advertising, but many appreciate the outside perspective and creative consistency that comes with agency partners.  Crawford Miller, an AAC member from Martin Advertising in Alabama, said his team creates effective ads using extensive inputs from other auto marketing channels.  "We run our ads with local offers for the individual markets, using tags from OEMs and Tier 2 dealer groups to understand upstream influences," he explained.

"The value agencies bring to the creative is very important to us," added Gandhi.  "It's at the top of the list.  Our own forte is data and strategy."

Comcast research indicates that dealers who run a "deeper schedule" of ads (across more networks) see a 43% increase in web traffic.  The dealers in the AAC respect numbers like that.  They're convinced of the value of TV advertising, and they want to use it as intelligently as possible.