Dynata Survey Results: Which American Dream are We All Having?

By Bill Harvey and Steven Millman In Terms of ROI Archives 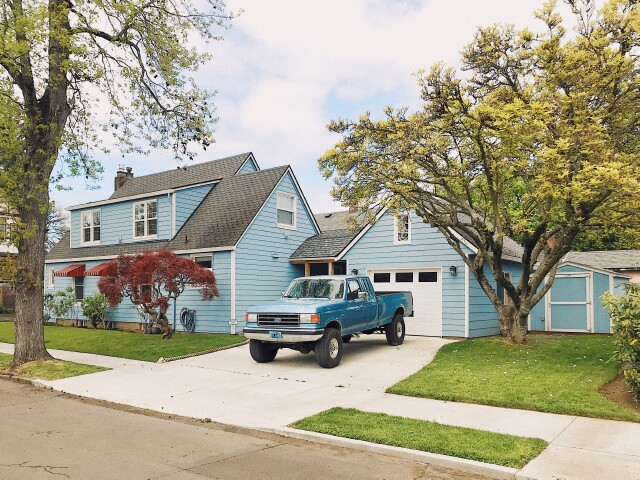 (Editor's note: This is a report of a Dynata survey conducted by its Senior Vice President, Global Research & Operations Steven Millman) "Rags to Riches," "Streets Paved with Gold," "Get Rich Quick," "Equal Opportunity," "Truth, Beauty and The American Way" … There have been many famous phrases attempting to sum up "What is the American Dream, exactly?"

During the onset of COVID-19, Bill had been impressed with some CEOs who cut their own salaries in order to avoid furloughing so many of their employees. However, he also noted that CEO salaries tend to be a smaller part of CEO compensation, the bonuses and stock buybacks being the larger share. Of course, to the general public, these CEO moves might have generated considerable good will toward the brands involved. For example, a Dynata survey this past summer found that 43% of Americans said they would be more loyal to a brand whose senior executives were forgoing a portion of their salary to save jobs during the pandemic.

Thinking of these various things, Bill suggested adding a question to (in Bill’s words) the brilliant ongoing survey work Steven has always done. The question was: “Please tell us how much you agree or disagree with the following statement: Large business CEOs deserve the large salaries and bonuses they receive.” Steven added this question to a recent omnibus study that fielded September 26-28 with a sample of 2,100 registered voters. The margin of error was about +/- 2.1.

Only 7.6% of Americans completely agreed with the idea that big business CEOs deserve their compensation. Women were less likely to completely agree (4.8%) than men (10.2%). Perhaps the men feel that the dream of someday making it into that charmed circle themselves is more likely than women do given the gender disparity that exists in leadership among large companies. 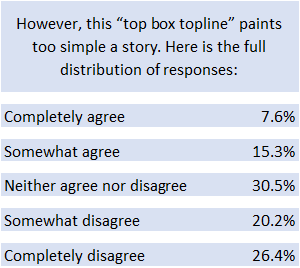 Almost a third of the population is on the fence. In this era of strong feelings and divisive politics, it appears that CEO compensation may not be one of the larger sources of friction. While certainly more American voters disagree (46.6%) than agree (22.9%) with this statement, as an issue it may have faded into the background of what is making people mad. There are too many other things to choose from, apparently.

A plurality of the voters disagree with the practices of rewarding CEOs as much as is customary nowadays. That is logical given that the average American nowadays is working harder and longer hours than ever before with health, education and living costs eating up most of their income.

Those who approve of QAnon -- 9.5% of the sample -- differ the most from the total population on this question. While only 7.6% of the population completely agrees with CEO compensation as it now is, among the pro-QAnon segment that sentiment roughly tripledto 20.6%, and comparing all of the agreeers, the norm was 22.9%, and the pro-QAnon group 51.7%. Only QAnon and $250K+ groups show a majority agreeing with current CEO compensation, out of about 90 breakout groups reported in the study.

Two groups one would superficially expect to differ a lot on any question -- people who say they will be voting for Trump/Pence or for Biden/Harris -- do disagree a bit on this question. The total disagreers with current CEO compensation was a slight majority of the Biden/Harris voters -- 54.5% -- while it was 39.1% of the Trump/Pence segment.

So, what is the central tendency among Americans? They appear to be somewhat against the perceived excess, but not howling mad about it. There appear to be more fiery issues to be concerned about. Would companies benefit in terms of market share by publicizing a more egalitarian view of each individual’s contribution? Probably.

Would stockholders benefit from a more even distribution of wealth among operating personnel, and a more long-term view than the current quarterly focus? Probably. Surveys can give ideas but only experiments can determine actual outcomes of those ideas.

Expecting to see large differences separating along party lines, the data do support the expected differences, but with less difference than we thought we would see.