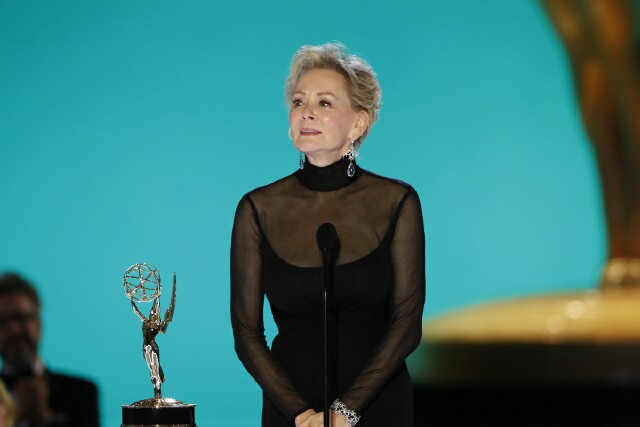 The day after the Emmy Awards brought with it the prerequisite bellyaching that invariably follows any important awards show. How could they do this? Why did they do that? What were they thinking? The moaning and groaning, which as always began on social media during the show itself, was inescapable.

Frankly, I was pleased across the board with the winners. Only those who don't pay very much attention to television would argue against multiple wins for Apple's Ted Lasso, Netflix's The Crown and The Queen's Gambit, HBO's Mare of Easttown and HBO Max's Hacks, each of them a sublime effort in every way. Yes, I would have liked to see Billy Porter take home a second Emmy for his blistering portrayal of bombastic ballroom emcee Pray Tell in FX's Pose. But really, given the sheer amount of terrific programming these days -- more than any one individual could be expected to watch in a lifetime -- that old saying about the nomination being the award has never been more accurate.

When the show started, I was concerned about the category for Outstanding Lead Actress in a Limited or Anthology Series or Movie. How to choose between Kate Winslet (Easttown), Anna Taylor-Joy (Gambit) or Michaela Coel (I May Destroy You)? Unless there was a three-way tie two of these amazing performers would be left in the shadows. But all three got a turn on stage: Winslet as the winner for lead actress, Taylor-Joy with the cast and producers of Gambit and Coel for writing. What a rush!

Another rush: Watching Julianne Nicholson and Evan Peters take home supporting awards for Easttown. Neither was favored to win; both certainly deserved to.

The opportunities to watch Jean Smart (pictured at top) accept an Emmy for her starring role in Hacks after a remarkable recent run that has also included Legion, Watchmen and Mare of Easttown and Debbie Allen receive the prestigious Governor's Award made the entire event worthwhile. Their speeches were classy, complete and very moving. (Young Hollywood should study them.) And how great was it to see the cast of Schitt's Creek take the stage together, which brought back memories of when they all won Emmys at last year's lackluster virtual event, along with the stark realization that twelve entire months have passed since then and the pandemic is still with us and is getting ever more dire in much of the country.

Which brings me to my legit gripes (because, again, I am not going to complain about any of the winners, since they were all marvelous). First, nobody in the Emmy tent (with a cover over it that presenter Seth Rogen rightly objected to at the top of the show) was wearing a mask. I'm sure they were all tested and scrubbed and sanitized for public consumption, but still … the optics! The messaging! The danger? Haven't we learned to play safe, at least for the time being? The Emmy celebration could have been a three-plus-hour primetime showcase for designer mask wear (with said face coverings removed only at the mic when presenting or receiving awards).

I guess I shouldn't single out the Emmys in this regard, because masks have been few and far between at other awards shows since the pandemic began, but I'm old-fashioned enough to think that movie, television, music and sports stars are truly influential and, as Spider-man's late Uncle Ben (and before him, Voltaire) once said, "With great power comes great responsibility."

My major complaint, though, may be relatively minor by comparison, but within the context of the event itself it is difficult to defend. I'm talking about the In Memoriam segment, which always brings criticisms about oversights. This year's primary complaints concern the exclusions of Tanya Roberts (That '70s Show, Charlie's Angels), Emmy winner Michael Constantine (Room 222) and Michael Nader (Dynasty's Dex Dexter!), among others.

I would classify those as typical of the Emmys' annual basic goofs. But there were other missed opportunities that might have resonated with home viewers and in-person attendees alike: The failures to focus for a moment or two on the dearly departed Ed Asner and Cloris Leachman.

When it comes to Emmy Awards for performing, Leachman remains the most-honored actress in the history of the medium, having received eight Primetime Emmys and one Daytime Emmy (not to mention her Academy Award for The Last Picture Show). Asner remains the most-honored actor, with a total of seven … and he is the only actor ever to win multiple Emmys for playing the same role on a comedy series and in a dramatic series. (Lou Grant, the drama, was a spin-off from The Mary Tyler Moore Show, the comedy.)

Surely those historic distinctions warranted a clip or two, rather than quick flashes of still images? Watching Lou Grant tell Mary Richards "I hate spunk!" would have been another highlight of the night. Lord knows it is infinitely funnier than anything in the soggy scripted comedy bits that were interspersed throughout the Emmy telecast and managed to undermine the excitement the nominees and presenters had mustered in between them. (The show may have looked more like a low-budget award program than a major Hollywood celebration, but the attendees really did keep it fast and fresh.)

Speaking of The Mary Tyler Moore Show, Sunday night marked the 51st anniversary of its September 20, 1970 premiere on CBS. Which makes the failure of the Emmys (which were telecast on CBS) to give Asner and Leachman special moments in the memorial segment, which also included their TMTMS co-star Gavin MacLeod, even more dispiriting.