As I said last week, when it comes to nominating top talent, it is increasingly clear that Emmy and I don’t think alike.

Voting members of the Academy of Television Arts & Sciences agree with me that ABC’s “Modern Family,” HBO’s “Silicon Valley” (pictured at top) and Amazon’s “Transparent” all deserve recognition. (Indeed, it can be argued that the latter continues to help change the world for the better.) But on what celestial body (certainly not Planet Ed) can a list of seven current comedies honored as the most award-worthy not include the funniest and most durable of them all, CBS’ “The Big Bang Theory”? I’ll never accept the argument that a program that has been on television for many years (in the case of “TBBT,” eight) and is as well-produced and entertaining as ever (in the case of “TBBT” even more than earlier seasons) should be purposefully ignored come award season. (Emmy rightfully kept honoring the long-running “Frasier” and its cast right to the end.)

Meanwhile, FX’s “Louie” is still a must-see comedy, but nothing about its most recent season surpassed the genius of its earlier years. I would have preferred that the FX real estate in this category go to the network’s frisky freshman “You’re the Worst,” one of the funniest comedies on television and a ground-breaker in terms of adult content on advertiser supported television. This is the kind of grown-up entertainment people have been clamoring for without having to pay for premium cable to receive it.

As for the rest, NBC’s “Parks and Recreation” has never had the respect for or insight into people in “flyover country” that has informed every episode of ABC’s egregiously overlooked charmer “The Middle.” Once again Emmy got it wrong. And while there is nothing wrong with Netflix’s silly “Unbreakable Kimmy Schmidt” or HBO’s “Veep” it seems to me that CBS’ “Mom” (the closest thing we have today to a topical Norman Lear comedy) and The CW’s “Jane the Virgin” (a gem in every way) should have been nominated instead.

With two exceptions, the list of men nominated for Outstanding Lead Actor in a Comedy Series strikes me as uninspired. Anthony Andersen of ABC’s “black-ish,” Don Cheadle of Showtime’s “House of Lies,” Matt LeBlanc of Showtime’s “Episodes” and “Louis CK” of “Louie” all did fine work but never displayed the comic chops of Jim Parsons and Johnny Galecki of “The Big Bang Theory” (pictured below) and Thomas Middleditch of “Silicon Valley” (an especially annoying exclusion). I guess the perfectly modulated comic performances of Chris Geere in “You’re the Worst” and Gael Garcia Bernal in Amazon’s “Mozart in the Jungle” escaped notice. 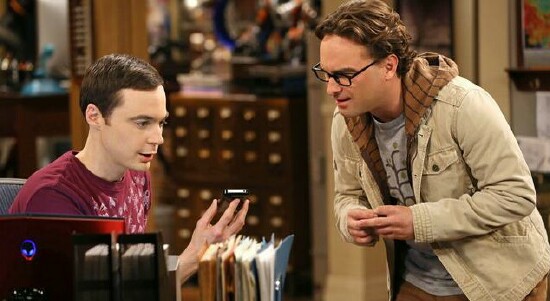 The two exceptions I mentioned above are the consistently extraordinary William H. Macy in Showtime’s “Shameless” (whom I shamefully left off my own list of suggested nominees) and the transcendent Jeffrey Tambor of “Transparent.” There really isn’t any reason to engage in feverish debate about the outcome here, because there is no way Tambor doesn’t take home the award.

Emmy and I agreed on half of the nominees for Outstanding Lead Actress in a Comedy Series: Edie Falco of Showtime’s “Nurse Jackie,” Julia Louis-Dreyfus of “Veep” and Amy Schumer of Comedy Central’s “Inside Amy Schumer,” who ought to be nominated in a category for performers in sketch comedy series. (The problem is, one doesn’t exist.) A win for Schumer feels almost as certain as one for Tambor, but don’t count out perennial winner Louis-Dreyfus. A second award for Falco in this category would not be undeserved, either.

As for the other nominations, I’m not surprised that Patricia Heaton of “The Middle” once again was unjustly ignored, but how to explain the snubs of Gina Rodriguez of “Jane the Virgin” (pictured below center, with cast) and Constance Wu of ABC’s “Fresh Off the Boat”? Perhaps the nomination for Lisa Kudrow of HBO’s “The Comeback” merits excluding Heaton from the category, but I don’t think that Amy Poehler of “Parks and Recreation” and Lily Tomlin of Netflix’s “Grace and Frankie” did better work than Rodriguez and Wu. Also, how to justify nominating Tomlin without acknowledging the smart and sharp performance of her co-star Jane Fonda? 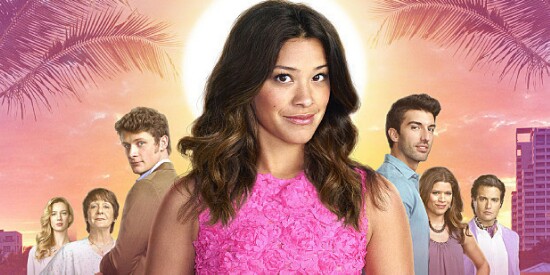 I really struck out with my suggestions for nominees in the category of Outstanding Supporting Actor in a Comedy Series. Our lists have only one man in common: The very funny Tituss Burgess in Netflix’s “Unbreakable Kimmy Schmidt” (pictured below). The official Emmy nomination list is rounded out by Andre Braugher of Fox’s “Brooklyn Nine-Nine,” Adam Driver of HBO’s “Girls,” Keegan-Michael Key of Comedy Central’s “Key & Peele,” Ty Burrell of “Modern Family” and Tony Hale of “Veep.” With the exception of Burgess and Key (who, like Schumer, belongs in a category that doesn’t exist and, like Tomlin, was somehow chosen over an equally deserving co-star) this list feels somewhat lazy. 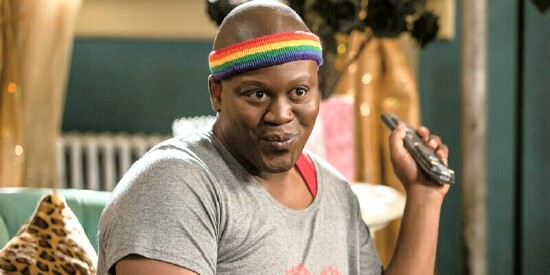 I had hoped the Emmy nominators would single out the distinctive work of Cameron Monaghan and Noel Fisher in “Shameless,” the riotous performances of T.J. Miller and Zach Woods in “Silicon Valley” and the singularly sensational Jamie Cavill of “Jane the Virgin.” No such luck.

At the last, the category in which Emmy and I were the most like-minded is Outstanding Supporting Actress in a Comedy Series. We agree on four nominees: Mayim Bialik of “The Big Bang Theory,” Julie Bowen of “Modern Family,” Anna Chlumsky of “Veep” and likely winner Allison Janney of “Mom.” 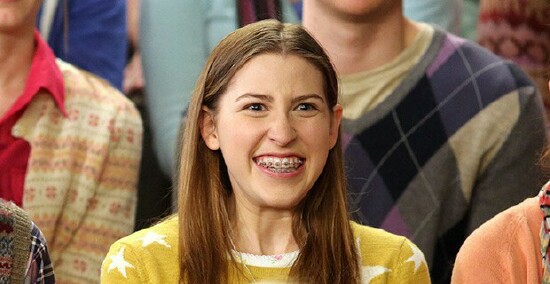 There were a record eight nominees in this category (the limit is six, unless there are ties), but the delightful Eden Sher of “The Middle” (pictured above) went unrecognized once again. (I’ll never understand why she has never been nominated.) I’m happy with the nomination for the supremely talented Kate McKinnon of NBC’s “Saturday Night Live” (whose work, like that of many of her co-stars, further supports the idea of establishing sketch comedy categories) and I’m not surprised that Gaby Hoffman of “Transparent” was singled out (though I don’t agree), but I’m totally thrown by the nods to Niecy Nash of HBO’s “Getting On” (a series I forgot was on) and Jane Krakowski of “Unbreakable Kimmy Schmidt.” I’m not too happy about Mimi Kennedy getting passed over for her invaluable contributions to “Mom,” either.