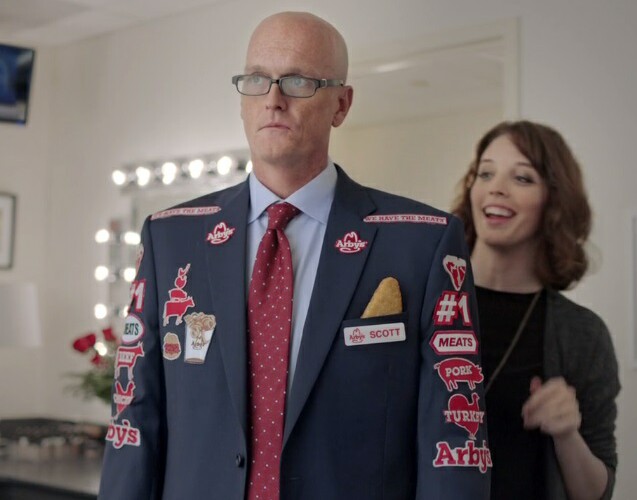 ESPN CreativeWorks, the in-house agency and promotional unit at ESPN, has featured a variety of campaigns for clients and internal properties that have this year manifested on the sports media giant’s linear and digital platforms, as well as outside media vehicles.  The 2016 scorecard for the expanded outfit includes entries for NBA, soccer, college football, NFL, NHL, MLB, boxing, fantasy football, college basketball and the Olympics. Among the categories ESPN CreativeWorks has engaged with this year are auto, apparel, packaged goods, beverages, restaurants and food, and financial services. Captain America, The  Martian, Ghostbusters, Deadpool and Guardians of the Galaxy are among the theatricals that have benefited from its efforts.

Launched in 2010 by ESPN's Customer Marketing and Sales Group, ESPN CreativeWorks was a unit dedicated to developing custom co-branded and client-branded creative across all screens and devices specifically targeted to sports fans and ESPN's audience. But in June 2016, ESPN CreativeWorks brought responsibilities for brand marketing under its roof, as a means to more closely align its brand and ad sales marketing teams.

"We combined the consumer marketing creative services team with the creative works team that lives in ad sales," said Sean Hanrahan, Senior Vice President of Brand and Marketing Solutions. "I think it's a first for a media company, where we've taken the consumer marketing group and ad sales and brought them together in a meaningful way."

That means CreativeWorks works with such clients as Home Depot, Chevrolet and Arby's on campaigns and branded content, as well as forging promotional fare for ESPN properties, including This is SportsCenter, Monday Night Football and the College Football Playoff (CFP).

From a promotional perspective, ESPN at times still taps into the resources of outside agencies like 72andSunny and Weiden + Kennedy, which is in its third year of “Who’s In?” -- the thematic umbrella campaign that supports the collegiate gridiron playoff, whose semifinals are set for Dec. 31.

Along the way, ESPN CreativeWorks has also supplemented those efforts, building on spots for various CFP sponsors, including Dr. Pepper and its famed vendor Larry Culpepper. "I wish we could take credit for Larry Culpepper. Dr. Pepper came up with quite a character," said Hanrahan, who noted that ESPN CreativeWorks built spots that featured ESPN on-air  college football talent like Jesse Palmer (pictured below, left, with Culpepper) and Joe Tessitore. 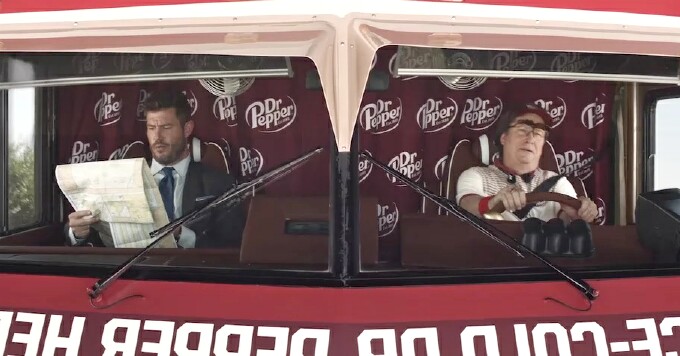 Most recently, ESPN CreativeWorks has riffed off another Walt Disney Co. property, ABC's political thriller Designated Survivor, by creating individual posters featuring the coaches from the four semifinalists and copy saying, for instance, "Clemson is  a Designated Survivor" and inserting them into social media.

"The winner of the College Football Playoff," Hanrahan explained, "will be a designated survivor."

Carrie Brzezinski, who heads the day-to-day operation of ESPN CreativeWorks, said the group had about 40 members working on the ad sales side, before more than doubling its roster to upward of 90 with the addition of the consumer marketing personnel.

"When it started in 2010 with Sean it was about co-marketing," said Brzezinski, the Vice President of Marketing Solution at ESPN CreativeWorks. "There was a lot of work done under umbrella sponsorships, like with Home Depot." She noted the chain was already a sponsor of [preview show] College GameDay.  ESPN CreativeWorks began generating spots and campaigns to amplify that relationship.  "That’s still a big chunk of the work we do," she said.

Brzezinski explained that ESPN CreativeWorks teams closely with ad sales members in identifying opportunities, whether that means reacting to a request for proposal, proactively pitching an account or looking to expand a budget. Once a client agrees, she said, "It’s a fairly typical process," including briefings with such stakeholders as the sponsor's media and creative agencies.

Relationships and interaction can vary. Brzezinski said that if a client is spending a lot of money in sports that "lands with ESPN, then we become a significant agency of theirs. They may not even engage us with the agency that does their general campaign."  Conversely, if the campaign is "an amplification of something a creative agency is already doing in the general market or outside of sports, then we will engage with the agency so we can understand the real intent of that campaign. Then we can 'sports-ize' or 'EPSN-ize' it  for our audience."

Hanrahan emphasized that the goal of ESPN CreativeWorks is not to fill all of a client's marketing needs, but to be part of a group effort.  "In some cases, the client wants the creative agency to be part of the work we do,” he said.  “Other times, they want us to run with it.  We leave that call to the client."

The work also can live outside of ESPN's realm, as long as the worldwide leader gets the lion's share of the client's budget.  "They can take the work," said Brzezinski, noting the client foots the bill for the production costs, and that there isn't any mark-up for added-value elements, ideation, labor costs and working with ESPN talent.

"If it falls under branded content, it may travel elsewhere," Hanrahan added. But if the creative falls too close to home, like the executions featuring SportsCenter anchor Scott Van Pelt for Arby's [pictured at top], that's unlikely. "I have hard time seeing [NBC Chairman of Broadcasting and Sports] Mark Lazarus saying, 'Let's take this and run it big on NBC Sports,'" he concluded.

Take a deep dive into the creation of the Arby's ad courtesy of J.P. Fields.