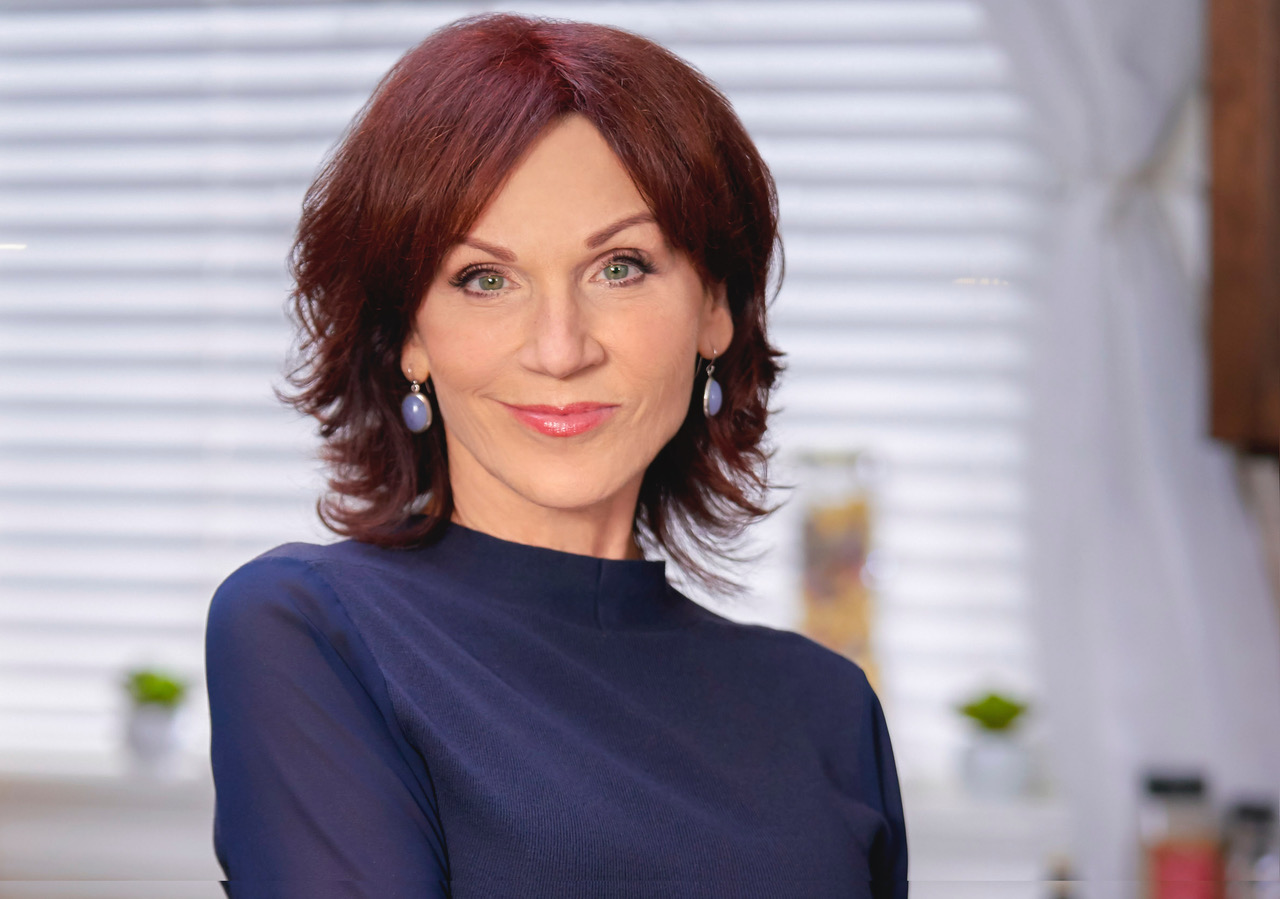 Aurora Teagarden Mysteries: Heist and Seek is telecast Sunday, May 17, 9PM on Hallmark Movies & Mysteries. With most Hollywood production furloughed until further notice, Hallmark Movies & Mysteries is premiering an all-new installment of their highly successful Aurora Teagarden Mysteries franchise this weekend. Aurora Teagarden Mysteries: Heist and Seek (wrapped before the COVID-19 shutdown) reunites Candace Cameron Bure (Aurora), Niall Matter (Nick Miller), Marilu Henner (Aida Teagarden), Lexa Doig (Sally Allison) and Peter Benson (Dt. Arthur Smith), for the 13th time as the intrepid gang investigate the theft of a rare Elizabethan artifact, uncovering two murders associated with its disappearance along the way. "What's really exciting about this one is Peter Benson, who plays Arthur, also directed it," beamed Henner (pictured at top) in an exclusive interview with MediaVillage. "He was great and so wonderful. It made the movie a different experience from the others and we all wanted to be there for him. On the set it was all about, "Let's go, don't waste time! He was so good with all the actors, and had done his homework, which was just wonderful. There's also a 'not to be missed' moment in this one that made me cry when I saw it - - It's just beautiful - - but I don't want to spoil anything."

In addition to celebrating her 13th Aurora Mystery, Henner celebrates Henner's 10th anniversary working with Hallmark Channel parent Crown Media. It's a union she relishes and when she thinks back to that first offer can't believe her luck. "My first project for [Crown Media] came about because the director of a movie I'd worked with in 2007 called The Governor's Wife, where I played a villain, called me," she recalled. "At the time I didn't know it was going to be for Hallmark Channel, but he told me this would be a little different and that I'd be working with Peter Facinelli, who wrote it for his wife at the time. So we did Accidentally in Love (released in 2011), it turned out to be so much fun and here we are.

"What's really funny is the first Aurora movie we did was in November of 2014," she added. "After my last day of shooting I flew back to Los Angeles and, standing at baggage claim, I called my sister-in-law, who was about to have a baby. She hadn't, and I thought, 'Great, I'll be in town for the birth'. So now I look at my niece Catherine, who's five and a half, and that's how long we've been doing the Aurora movies. She's like my Aurora touchstone."

For Henner, Hallmark Channel and Movies & Mysteries isn’t just a work-place, it’s like family. “I think this is either my 19th or 20th movie for them since 2011,” she shared. “I adore Michelle Vicary (EVP of programming and publicity), who has become a personal friend, and Candace…  I refer to her as my little birthday present as we share the same birth date and so many similarities. We never run out of things to talk about, I really miss her, and I can’t wait until we are back together. We spend so much time laughing and hanging out and are so excited to have this group of people to work with.”

Under normal circumstances, fans of the Aurora series could look forward to at least three movies a year. However, given production shutdown, Henner is unsure of the count for 2020. "We were in the middle of one," she explained. "Each is about a three-week shoot, and we were on the last day of our first week of the 14th movie when they had to pull the plug. They told us we'd resume when it was safe to go back to work. At least we got the first week done, and we're all so anxious to come back. The plan is to finish the one we started and then do the next two back-to-back, which would put us on schedule. This is probably one of my most favorite show business experiences. I love Candace and this little repertory company we have. It's really one of those little gems of a job and so special. I love everyone involved in them and I love my character! 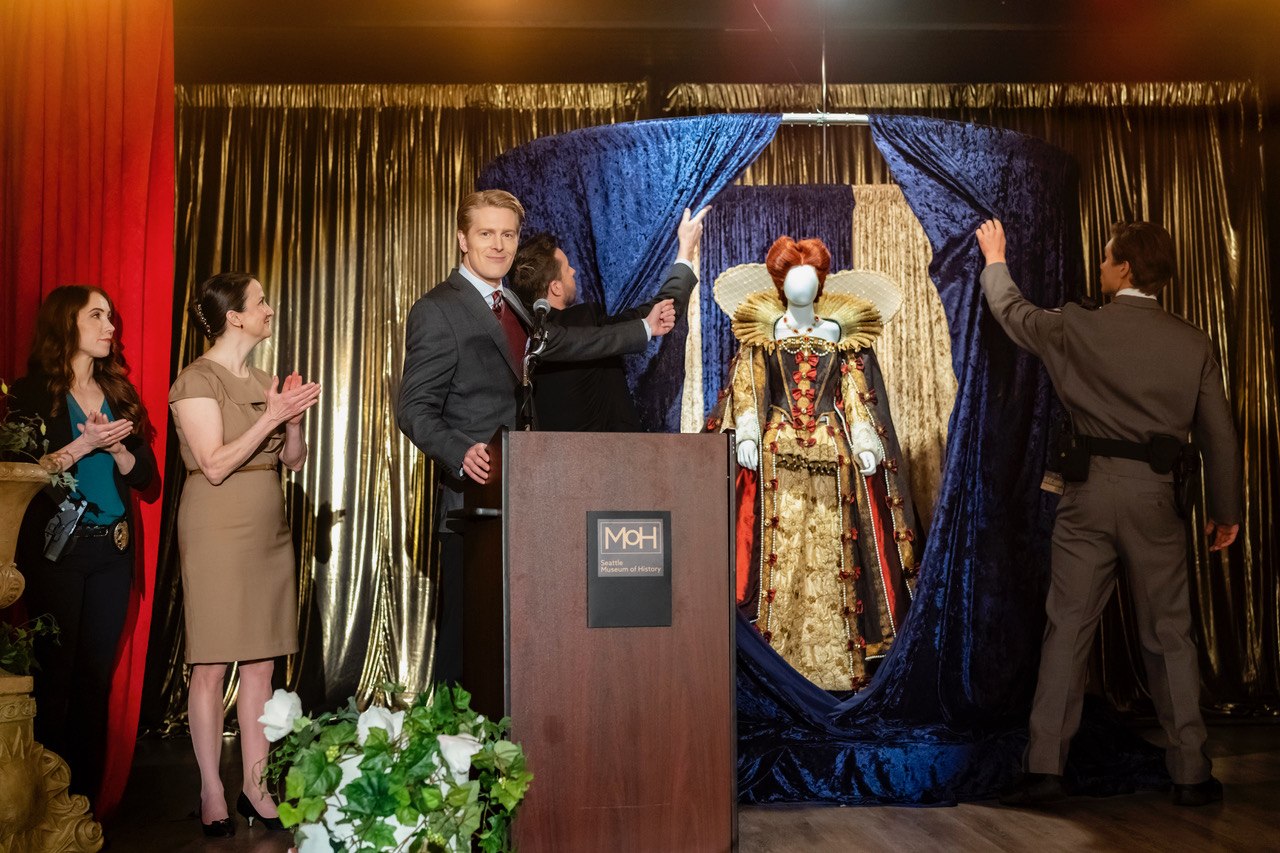 "It's funny because I'm very bossy in real life and don't always get away with it," she added laughing. "So when I am Aida, I'm bossy to my daughter both in character and on the set. It's always in a fun way, but if I ever say something completely outrageous, I say, "That wasn't me, that was Aida!" I have so much fun with this character because I can be outrageous. I feel so grateful as it's fun to play someone who has a spirit, energy, and outrageousness that I don't."

Henner also revealed self-quarantining during the current pandemic has been a family affair, as she shares her Hollywood home with her immediate family of three, her brother and his two kids. She's been working on a new book, rehearsing for the return of her acclaimed one-woman show, and even playing schoolteacher on occasion. "I'm busier than I've ever been," she offered in closing. "I'm cooking, cleaning, scrubbing grout, doing laundry, and trying new recipes for six people. I feel like Cinderella and actually said the other day, "I can't wait till I'm back on a set and somebody asks if I need anything?"