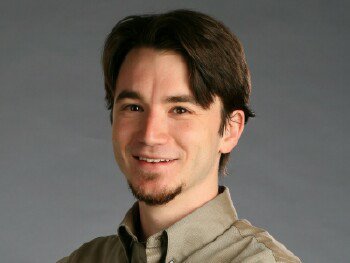 Even though we are surrounded by examples of exponential growth -- from smartphones to cloud storage -- often it is difficult for us to see them coming. When brands want to understand which technologies will become the next exponential breakthrough, the key is to observe the rise of ecosystems, not individual products. To accomplish this, we should invest in understanding the factors that make ecosystems scale, including strong community development, a popular data standard and the support of a technology partner with existing scale.

A strong community can act as a marketing force, a development force and a creative force. Companies from YouTube to GoPro have been built on the efforts of these communities. The next technology to break out on the back of its community may be the Oculus Rift.

Long before Facebook acquired the company for $2 billion, Oculus created a community through its $2.4 million Kickstarter campaign, which succeeded in part by recruiting developer interest in the platform. As a result, even before Rift hits the consumer market, its ecosystem has made a significant impact on the startup community. From novel peripherals to big-budget software, its open platform has become the standard for virtual reality development.

The recent participation of Samsung in Rift development will help speed along adoption with its unparalleled production resources, but it is Rift’s fervent community that will ensure virtual reality realizes its exponential future.

Lack of ecosystems kills the majority of consumer electronics startups. It shrinks potential audience, complicates development and forces companies to place bets on which standards will win. When companies can unite around a single platform, the entire industry moves exponentially.

Digital health has several layers of data fragmentation. Data is collected from dozens of different devices and then transferred across several different communication protocols to individual, proprietary applications on a smartphone. With HealthKit and Google Fit ecosystems, Apple and Google are working to solve this problem by encouraging developers to operate within a set of interoperability standards that reduce friction for the end user. This will allow users to incorporate any compatible hardware into a single application that uses a uniform data profile for consistency.

The increased ease of use afforded by consistent data, combined with a product as compelling to Baby Boomers as it is to Millennials, means digital health data will soon pervade all of our lives.

Very few companies have the clout to engineer the exponential rise of an entire industry, but Apple has done exactly that on several occasions by leveraging its massive and loyal user base. Within a month of its release, more than 300 million users had installed iOS 8, instantly granting them access to all of the enhancements included within the ecosystem.

Smartwatches have existed for several years, but the Apple Watch is tightly tethered to the iOS ecosystem and, by extension, to its user base. This intimate integration means that millions of loyal iPhone users will likely line up to deepen their ties to the strongest consumer platform the world has ever seen.

Fewer than half a million smartwatches were sold in the first half of 2014. Analysts project sales of 10 million to 30 million Apple Watches in 2015 alone. The increase in overall awareness will drive smartwatch interest in other ecosystems, including Android, lifting brands such as LG and Pebble along with Apple.

As marketers, we need scale to justify investments. And while investing in emerging technologies breeds innovation it is also fraught with risk. To mitigate this, we must remain vigilant for the signs of exponential breakout -- community development, standardization of data and the participation of influential companies such as Apple.

Reaching critical mass is not about providing individuals with capable hardware; it is about providing them with a platform that renders the hardware irrelevant. It is good to partner with hardware manufacturers. It is even better to partner with the aggregators, developers and scientists who unlock the potential of data afforded by the broader ecosystem. Those are the companies that understand scale – not just within a compelling piece of hardware, but across multiple devices and platforms.

Michael Dowd is Chief Technologist for GroupM Next, the media innovation specialist division of GroupM that provides thought leadership, industry perspective, operational support, and scalable business solutions to GroupM agencies (Maxus, MEC, Mediacom and Mindshare). Michael monitors the trends which are driving where and how consumers interact with technology and develops perspective on how those changes will impact GroupM brands. He can be reached at Michael.dowd@groupm.com. Follow him on Twitter at @Hamerkop.