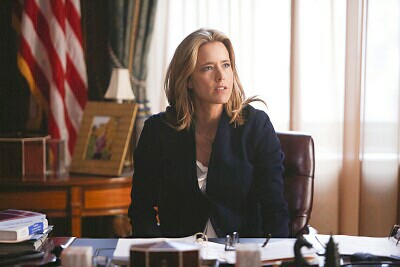 What better way to welcome you on your first visit here than to provide capsule reviews of the networks' new fall series? A few of them have already made their premieres, and there are already a few seemingly obvious hits and misses, but the true size of their debut audiences won’t be known until Live+7 ratings are fully available.

Welcome to Planet Ed – a world of television, video and media reviews along with in-depth analysis and views you can use.

“Snackable” reviews of the new fall shows on ABC and CBS follow. Look for NBC, Fox and The CW in this space tomorrow morning.

How to Get Away with Murder – The latest drama from Shonda Rhimes is dark, twisty and sexy fun. Here on Planet Ed we’re calling it the Best New Series of the fall season. As far as adult entertainment is concerned, it is the only broadcast pilot this season that left me anxious to see more. The year ahead will be all about Viola Davis and her bright young co-stars. With “Grey’s Anatomy” and “Scandal” as its lead-ins, it’s the perfect capper to ABC’s historic Shonda Rhimes Night.

Forever – The best new procedural of the fall season is also the most original entry in this genre to come along in quite some time. It’s a bit gimmicky, but the charm of series leads Ioan Gruffudd and Judd Hirsch (and the surprising connection between their characters) more than compensates. Early ratings for its September 22 preview and September 23 time period premiere weren’t very strong. Here’s hoping its Live+7 numbers give it the boost it deserves.

black-ish – Inside this very good pilot is a very great show waiting to make itself known. It’s a long-awaited showcase for star Anthony Anderson, with fine supporting roles for Tracee Ellis Ross and Laurence Fishburne. This is ABC’s best family sitcom since “Modern Family” and “The Middle.” In tandem with those shows and “The Goldbergs” it will help make ABC’s new Wednesday comedy lineup the best block of family focused sitcoms to come along in longer than anyone can remember.

Cristela – Stereotypes and the easy humor they generate abound in this family comedy, but maybe that’s the point. We’ve seen every one of these characters before, but never in so pleasing a mix, and never so uniformly well played by so talented a group of unknown actors. In the title role, stand-up comic Cristela Alonzo will likely be the breakout comedy star of the season.

Selfie – I adore Karen Gillan. (Who doesn’t?) So it killed me to see her in this so-dumb-it-hurts rom-com that fancies itself a modern take on “My Fair Lady.” (It doesn’t do her co-star John Cho any favors, either.) Perhaps it will improve in subsequent episodes, but it will have to work fast. For now all I can say is, “Doctor Who” fans, spare yourselves!

Manhattan Love Story – I love the concept. I like the cast (especially Jake Dorman, fresh off an important guest arc on Showtime’s “Shameless” and a favorite among Millennials for his work in the long-running ABC Family series “Greek”). But I loathe the execution. This concept needs the kind of super-talented writers who made the original British version of “Coupling” a sparkling success.

Madam Secretary – For what it’s worth, more people asked me about this show during the last few months and have talked to me about it since its debut on September 21 than any other new fall series. When I first watched the pilot (three months ago!) I found it bland and predictable, and I thought star Tea Leoni had to loosen up to avoid unfavorable comparisons to any of the fabulous females in “The Good Wife,” the show with which “Secretary” has been paired. On second viewing last Sunday, though, I thought “Secretary” and its star were better than I remembered, and now I’m looking forward to future episodes.

Scorpion – Given the robust ratings this very un-CBS-like show generated with its September 22 premiere I’m expecting great things when its’ Live+7 numbers come in. The pilot was very entertaining, due mostly to that thrilling set piece involving Katharine McPhee, a speeding convertible and a low-flying commercial airliner. Its colorful and largely likeable characters didn’t hurt, either. Can “Scorpion” live up to its own exciting start? Fingers crossed.

NCIS: New Orleans – As the early numbers for the September 23 premiere of this snazzy spin-off proved, the appetite for all things “NCIS” is insatiable – much like the appetites of foodies in its title city. It’s great to have Scott Bakula back in the kind of high profile network series in which he belongs. And his co-star CCH Pounder improves any show fortunate enough to have her in it (especially the last two seasons of FX’s “Sons of Anarchy”).

Stalker – I hated every single thing about this violent and disturbing show except for series leads Maggie Q and Dylan McDermott. (The amazing Ms. Q, in particular, almost makes it worth watching. Almost.) Interestingly, I expressed similar wide-ranging disgust ten years ago for the toxic “Criminal Minds,” now the lead-in to “Stalker,” making for a perfectly compatible if corrosive combo. To put this another way, it looks as though CBS has another huge and hateful hit on its hands!

The McCarthys – If the pilot is any indication, “The McCarthys” is the latest CBS sitcom to assemble an enormously likeable cast in an underwhelming package. The dialogue is sometimes almost clever, but it is never genuinely funny. Laurie Metcalf and new star Tyler Ritter deserve much better. It won’t debut until October 30, just in time to take a battering in the November sweep. This could be the network’s first cancellation of the season.

MyersBizNet. Ed has been writing about television for over 25 years. He is a member of the Television Critics Association and the Broadcast Television Journalists Association. Follow him on Twitter at @PlanetEd.