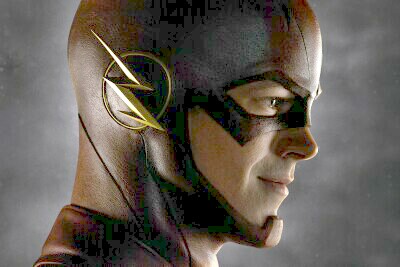 Welcome to Planet Ed – a world of television, video and media reviews along with in-depth analysis and views you can use.

Continuing with your first visit, what follows are capsule reviews of the new fall series on NBC, Fox and The CW. (Yesterday’s column covered CBS and ABC.) A few of them have already made their premieres, and there are already a few seemingly obvious hits and misses, but the true size of their debut audiences won’t be known until Live+7 ratings are fully available.

Constantine – In this season of Comic-Con-inspired excess, in which monster and super-hero shows abound, this one stands out as a stylish hybrid of both. Based on a long-running D.C. Comics title, it is also NBC’s best new series and seemingly a perfect Friday night companion to the durable “Grimm.” Add Matt Ryan, who plays the title role, to this season’s ever-growing list of new stars to watch.

A to Z – Another middling rom-com built around a gimmick guaranteed to become uninteresting by episode two. Appealing series leads Cristin Milloti and Ben Feldman didn’t fare well in their previous TV gigs – she was the doomed title character in the cheery sitcom “How I Met Your Mother,” he was the neurotic ad agency employee who sliced off his own nipple on “Mad Men.” They face even greater challenges here, I fear.

Marry Me – Here we have the best of this season’s batch of rom-coms, even if that isn’t saying much. It will likely prove a bit too abrasive for most, but with Casey Wilson as one of its leads and her husband, David Caspe, as executive producer, those noisy fans of “Happy Endings” should like it … all 12 of them.

Bad Judge – Bad show. And yes, I have seen the second episode. It is even worse than the pilot, which I didn’t think possible. What did the great Kate Walsh do to deserve this? Toss “Judge” in the When Bad Shows Happen to Good People file, along with …

The Mysteries of Laura – The effortlessly appealing Debra Messing, who tries her hardest here, can’t save this shockingly ill-formed and uneven show. I would readily dismiss it as NBC’s worst new series, but “Bad Judge” is a throbbing contender.

Gotham – So far, so good. This show’s premiere on September 22 did very well on what may turn out to have been one of the most competitive nights of this brand-new season. That isn’t a complete surprise – “Gotham” is widely regarded as the most promising new series on Fox’s fall lineup, and it is so dark and violent and relentlessly grim that it couldn’t help but attract attention from the young viewers Fox always pursues. Once the initial curiosity subsides, I think older geeks might be turned off by the fact that the narrative is filled with villains in the making and no super-heroes to be found – only a very young and very broody Bruce Wayne and a not particularly dynamic young Jim Gordon as a newbie detective. Overall, “Gotham” might benefit from some humor in its murky mix.

Utopia – Why pretend otherwise? It may have been an impressive undertaking as far as ambitious programming risks are concerned, but “Utopia” is already the season’s first freshman flop. Maybe it should have started last June, giving it time to catch on first as mindless summer entertainment and then as habitual viewing? I can’t imagine how Fox might turn this thing around. Better to send it off to a sibling cable network or confine it to the Internet if it cannot be cancelled altogether.

Red Band Society – Everything about this strange show feels a bit off and raises significant questions. Why are so many of the gravely ill kids on its canvas so irritating? Why aren’t their parents around more? Why can coma kid (Griffin Gluck, an appealing young actor) communicate with the others when they are unconscious? Who’s paying the kids’ healthcare bills, which are most assuredly catastrophic, especially if their parents aren’t poor enough to benefit from Obamacare? It’s all so unreal, at least for anyone not familiar with long-term care facilities for kids with cancer and other life-threatening illnesses. On the plus side, the two adult stars of the show – Octavia Spencer and Dave Annable – are just terrific. I fear “Red Band” won’t survive if the writing doesn’t improve and greater care isn’t taken to establish emotional connections between the characters and the audience. I wish it was better, but I also wish it well.

Mulaney – Simply put, this is not a very interesting show. But its star, John Mulaney, is a very funny comedian, and it seems the least Fox could do is bundle it together into a two-hour comedy block somewhere with “Brooklyn Nine-Nine,” “New Girl” and “The Mindy Project.” I don’t think it stands a chance on Sunday as the tail-end of a lineup that mixes live action (“Brooklyn,” “Mulaney”) with animation (“The Simpsons,” “Family Guy”).

Gracepoint – “Gracepoint” is largely an Americanized remake of the great British drama “Broadchurch” that was presented on BBC America last year. For anyone who watched and championed “Broadchurch” – especially critics -- this show is almost impossible to objectively evaluate. There is no escaping the fact that it suffers by comparison, especially since memories of “Broadchurch” are still so fresh. Adding to the critics’ challenge is the fact that David Tennant stars in both productions, utilizing different accents, and for some reason doesn’t come off quite as well in the American adaptation. But “Gracepoint” is well-produced, and most Americans haven’t seen “Broadchurch,” so it’s fair to say that Fox may have a shot here.

The Flash – This superhero saga is way more fun than any other new series on the networks this fall, including the comedies! Everything about it works, which is somewhat remarkable considering it’s all about a hero whose only super-power is that he can run really fast. The charming Grant Gustin, as the title character, will be one of the big breakout stars of the season.

Jane the Virgin -- Funny, melodramatic and romantic, this adaptation of the telenovela “Juana la Virgen” is a decided risk for The CW. But critics everywhere are rooting for it. The delightful Gina Rodriguez, who plays the title character, will be another big breakout star this fall. Here’s hoping “Jane” survives and thrives amid all those vampires, demons and superheroes on its network.

MyersBizNet. Ed has been writing about television for over 25 years. He is a member of the Television Critics Association and the Broadcast Television Journalists Association. Follow him on Twitter at @PlanetEd.