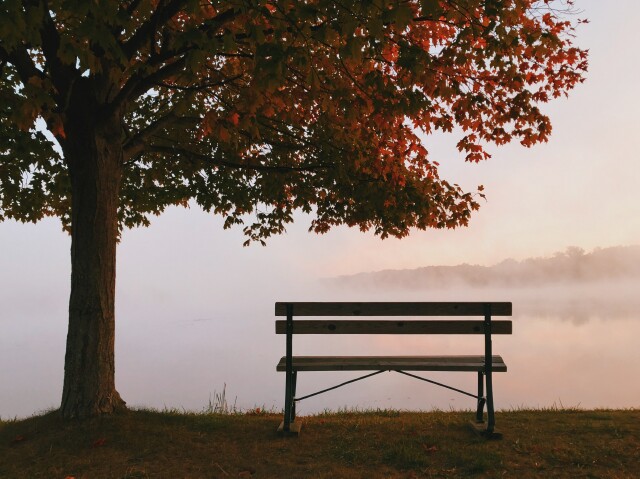 To borrow from the title of a high-profile new NBC sitcom that few people have heard of and even fewer have watched, I feel bad.  Also sad.  Maybe mad.  I have complained about other fall seasons, but this one is somehow worse.  Most of the new shows simply are not good – at best they are nothing special -- and while I know this isn’t true across the board, it’s as if the networks just don’t care.  Many very important people appear to be confused and incapable of making smart choices.  Repeat after me, broadcast TV:  Disconnect bad.  Disruption good.  Disruption, as it happens, is currently one of the most overused terms in the media industry.  But it is not without value.

To put this another way, what can one say about a new fall season in which the show that generated the most advance interest was a reboot (ABC’s The Conners) of a reboot (ABC’s Roseanne) about a family carrying on after losing the woman who held them all together through thick and thin and later discovering that she was addicted to opioids, which led to her untimely demise?  Good times!  Or, one in which ABC thought it was a good idea to give Alec Baldwin a one-hour primetime talk show?  Or, one in which a perfectly ordinary teen soap opera disguised as something important, The CW’s All American, looks to be the best new broadcast drama of the fall?  Or, one in which somebody thought there was an audience for the likes of Fox’s Rel and CBS’ Happy Together and the afore referenced I Feel Bad?  Or, one in which another reboot (CBS’ Murphy Brown) was reconceived as a weekly platform for lectures about politics and the media?  Or, one that has transferred Honey Boo-Boo from the depths of instantly forgotten basic cable sludge to a sparkling showcase on Sunday nights, via ABC’s Dancing with the Stars Juniors?

And then there is ABC’s A Million Little Things, an astonishingly bland drama about the wide-ranging aftermath of a man’s suicide?  Who, exactly, watched the news at any time during the last two years and thought that shows built around death (The Conners, A Million Little Things) or one with a title that suggested the same (I Feel Bad) were good ideas right now?  I don’t feel very good about ABC’s The Rookie, either, because part of the premise seems to be the idea that 40-year-old people are, well, old.  I thought 40 was the new 30.  Or is 50 the new 30?  From what I see most of us are living longer than people used to.

Speaking of old, how to explain Fox’ The Cool Kids, with its juvenile humor and its insistence that healthy people in their 60s are practically elderly?  Speaking of Fox, who would have imagined that its acquisition of ABC’s airless Last Man Standing would become one of the big success stories of the season?

A number of very important people appear to be confused.  Repeat after me, broadcast TV:  Disconnect bad.  Disruption good.

At first, I thought my bad feelings were the result of what appeared to have been an egregious mistake on my part:  I binged the second season of Ozark right before the traditional broadcast season began.  Ozarkis not my favorite series on Netflix, and like everything on that particular streaming service each season of it feels too long by at least three or four episodes.  But the cast is outstanding (especially Laura Linney, chillingly complex in the show’s sophomore run) and the writing so strong that when the characters speak it doesn’t sound like dialogue.  I segued from Ozark to The Haunting of Hill House, also on Netflix.  It held my interest, mainly because the cast is so appealing, or (my new hang up) the beautifully written dialogue didn’t sound written, though it only scared me two or three times over a span of ten hours so, again, too long.  At much-welcome, snackable half-hour running times, Amazon’s Forever and Homecoming have also been significant distractions, along with (surprisingly) FX’s American Horror Story,a wildly uneven franchise that in its latest season (Apocalypse) is after a long slide once again serving up some of the best junk food on television, now with a heaping side of nostalgia.

And then there is Netflix’s Bodyguard, which blows away all of the above and is the best thing on the streamer since Mindhunter.

Am I a broadcast basher?  Not at all!  I refuse to join the chorus of critics, especially those in the entertainment industry trades who see fit to regard broadcast television as something that has become inherently inferior.  I am entertained by and try never to miss CBS’ The Big Bang Theory, Young Sheldon and Mom (in my opinion the best sitcom on television, all platforms included), and I have huge respect for Blue Bloods.  Over on NBC, the chair-turning episodes of The Voice once again made for great television, The Good Place remains one of the smartest shows on TV, the brand-new New Amsterdam isn’t as bad as I thought it would be and Midnight, Texas feels like an enjoyable Friday night fix.  ABC’s Dancing with the Stars is as entertaining as ever (really) thanks not so much to the “celebrities” in competition as the basic design and direction of the show.  (It is still the best variety show on television.)  Also on ABC, The Kids Are Alright is the best new comedy of the fall, the outstanding black-ish remains the best family comedy of all and The Good Doctor has become my favorite broadcast drama (now out ahead of NBC’s over-promoted but still reliable This Is Us).  Fox’s consistently ambitious 9-1-1 is another favorite, as is The CW’s soon-to-conclude Crazy Ex-Girlfriend, which has more talent on display week after week than any one broadcast series has any right to claim as its own.  It’s a modern miracle.

In fact, a few of the shows mentioned above have done their part to align broadcast with all other “traditional” media that have begun to realize that smart disruption will keep them in the game.  But all of the networks need to do more, and do it soon, if they are going to stay in the game.