Farewell to Patty Duke, A Teen Sensation Long Before Millennials Were Everything 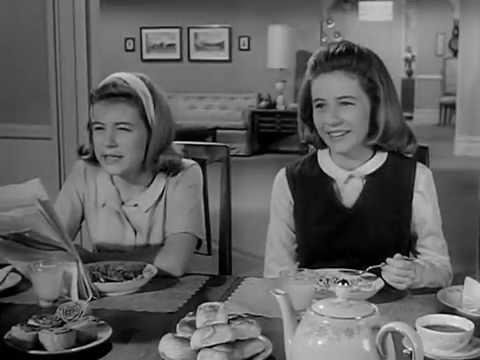 It seems that every week this year brings word of the passing of yet another great television star of yesterday or not that long ago. Joe Garagiola. Ken Howard. Garry Shandling. Pat Harrington Jr. Dan Haggerty. Abe Vigoda. “The Waltons” creator Earl Hamner Jr. And now Patty Duke. I’ve enjoyed the work of all of these people and I’m sorry to see them leave us. But the loss of Ms. Duke at a still-vital 69 makes me especially sad, likely because I am old enough to remember watching and enjoying her ground-breaking sitcom “The Patty Duke Show” in first-run and perpetual syndication throughout my childhood.

“The Patty Duke Show,” which ran on ABC from 1963-66, revolved around identical cousins (both played by Duke) who lived together: Patty Lane, the boy-crazy daughter of hardworking newspaperman Martin Lane, Managing Editor at the fictional New York Daily Chronicle, and his wife Natalie, and Cathy Lane, daughter of Martin’s rarely seen brother Kenneth (a foreign correspondent for the Chronicle) and a very cultured and sophisticated teenager who didn’t share any of Patty’s middle-class taste in music or the modern popular culture of the day. The omnipresent laugh-track suggested that hilarity ensued. It was rarely that funny, but it always made for a pleasantly amusing half hour.

ABC, by the way, was at the time and for many decades thereafter known as the network that specifically programmed for children, teenagers and young adults. CBS and NBC were less focused on those demographic prizes, but in fact they probably didn’t need to be because their audiences were so enormous they commanded them by default. 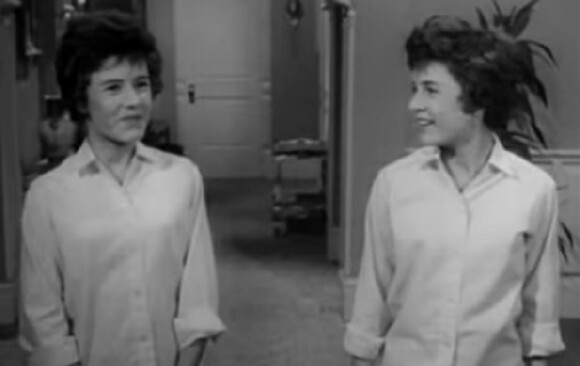 Anyone who was alive at the time likely feels a distant stirring to get up and dance whenever they hear the iconic theme song from the show. (Click on the image at top to enjoy it.) Who can ever forget such lyrics as “Our Patty loves to rock ‘n’ roll, a hot dog makes her lose control?” This show was one of the standouts from an era when so much of television, or at least early primetime, which began at 7:30 and ended at 9 p.m., was targeted directly to kids and families. It still plays on MeTV, where it likely draws an audience of nostalgic viewers 45-plus rather than kids, teens and young adults, who surely look upon it today as a curiosity from one of those other earths that the title character so effortlessly visits on The CW’s “The Flash.” But for a generation of young people “The Patty Duke Show” reflected reality as they knew it, fancied it or wanted it to be.

Today it is a significant cultural artifact. Two years ago I came upon an episode that served as a reminder of the power of “old” or “pre-digital” media; it revolved around a letter to the editor written by one of the main characters and published in the aforementioned Chronicle, a leading New York City newspaper. (The show was set in Brooklyn Heights.) I wrote a column about it that was originally published at MediaPost but was later repurposed with permission over at TVWorthWatching. Given the rising influence of newspapers as documented in our Newspaper National Network blog, it is well worth another look. (FYI, there was an episode with guest star Sammy Davis Jr. that put the trade publication Variety front and center in its storyline, as Patty approached the show business bible to help her locate a celebrity who might attend her school dance.) 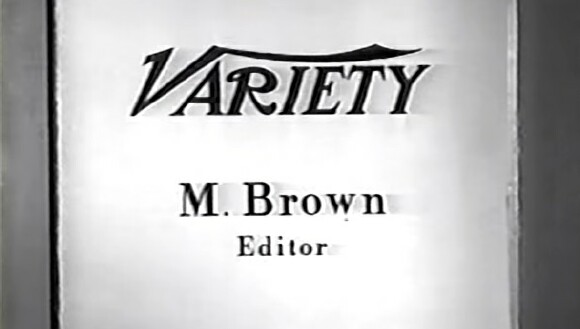 “The Patty Duke Show” has true historical significance: It was the first scripted television series to carry the name of a real-life teenager, Duke was the first actor to portray two ongoing lead roles in the same series, and it pioneered the expansion of the special effects needed in every episode to show Patty and Cathy together in the same “frame,” as they often were. 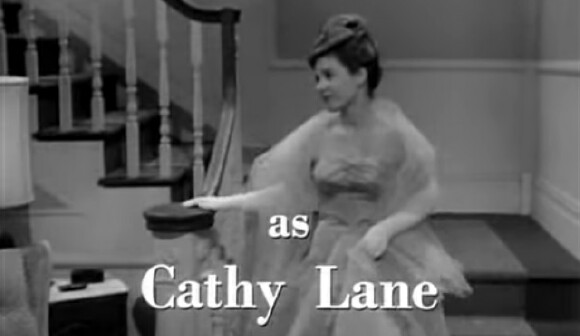 I’m sure the technical crew related to another memorable lyric from the show’s theme song: “You can lose your mind, When cousins are two of a kind!” 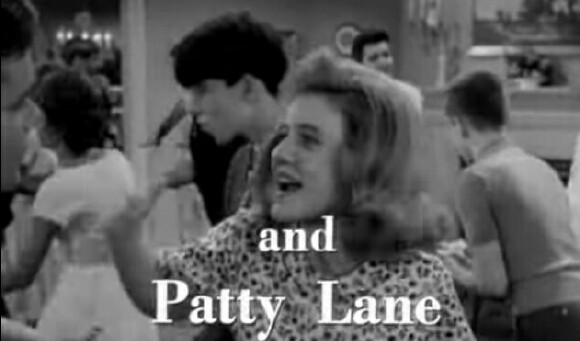 Duke made many other distinctive contributions to show business. She was the youngest actor ever to win an Academy Award when she was honored in 1962 as Outstanding Supporting Actress for her role as Helen Keller in “The Miracle Worker.” In 1979 she was honored with an Emmy Award for her portrayal of Keller’s teacher Annie Sullivan in a television remake of that movie. She first played Keller in the Broadway production of “The Miracle Worker” from 1959-61, and during the run of the play she became the youngest Broadway performer to have her name placed above the title in ads for a show and on the marquee.