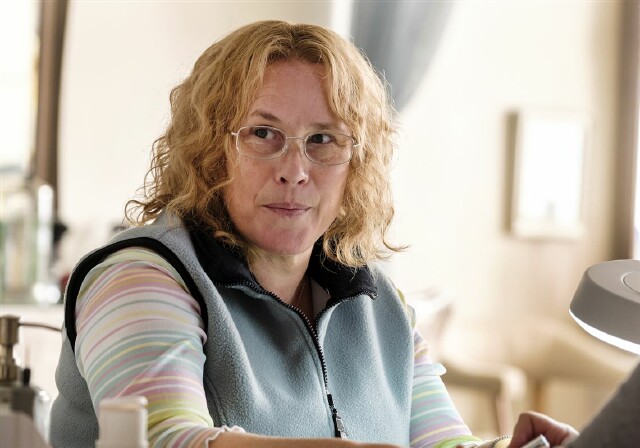 In the final installment of my annual Fearless Emmy Nomination Advice series I identify the Limited Series and Made-for-Television Movies and the performers therein that are most deserving of recognition by their peers, who are currently poring through hundreds of submissions in a determined effort to make smart choices.

The final nominations will be announced on July 16, and the 71st Primetime Emmy Awards themselves are scheduled for September 22.  Those dates are a long way off, but there is no time like the present to offer a little advice to those members of the Academy of Television Arts and Sciences who may need a refresher or two when choosing to nominate performers and programs that were telecast between June 1, 2018 and May 31, 2019.  Who can blame them?  Peak TV is dizzying.

If you missed them, be sure to check out my choices in the Comedy Series and Drama Series categories.

Chernobyl(HBO) -- The chilling real-life story of the April 26, 1986 disaster at the Chernobyl nuclear power plant in Ukraine, Soviet Union, was documentary-like in its attention to every disturbing detail.  Those of us who were around at the time were made to remember exactly how terrifying this catastrophe was as it played out in real time.  Anecdotally, several younger people of my acquaintance knew nothing about it before this program came along and can't believe it's true.

Escape at Dannemora (Showtime, pictured above) -- Some of us remember this story IRL, as well.  I'll admit that, for me, news reports about it were at the time just a passing curiosity.  Ben Stiller, though, obviously saw something much more profound in that media coverage, and with the help of a remarkable cast put together a masterful character study of people who are trapped -- in isolated small towns, in prison cells, in bad marriages and, perhaps worst of all, in sorrowfully empty lives.

Fosse/Verdon (FX)  Despite the heavy-duty drama of it all, this lively look at the rocky romance and relationship between ferociously talented, co-dependent show-business legends Bob Fosse and Gwen Verdon was at times more fun than any other suggested nominee in this category.  (I mean, just look at them!)  Fosse (Sam Rockwell) was a talented filmmaker and one of the most influential theater directors and choregraphers in entertainment history; Verdon (Michelle Williams) is remembered as the best Broadway dancer of all time.  A treat from beginning to end.

Sharp Objects (HBO)  This hot, steamy, sometimes strangely sexy thriller was filled with one disturbing thought or act after another.  (I will never think of teeth or dollhouses in the same way again.)  The atmosphere was so thick I couldn't wait for each episode to end ... or the next one to begin.  At the time that I watched it I thought Amy Adams gave the television performance of the year ... at least among female actors ... but then I saw Patricia Arquette in Escape at Dannemoraand Michelle Williams in Fosse/Verdon.  The only way this category can turn out right is with a three-way tie ... and we know that isn't going to happen.

When They See Us (Netflix)  The shocking story about five teenage boys of color who were (wrongfully) convicted of beating and raping a white woman in New York City's Central Park shook the country in 1989.  It shook us all over again many years later when another man confessed to the crime and the depth of this injustice became public; and again in 2012, when  filmmakers Ken Burns, Sarah Burns and David McMahon examined the case in their documentary The Central Park Five, and again just a few weeks ago when Netflix debuted this four-part drama directed by Ava DuVernay.  Arguably the most important television program of the year.

My Dinner with Herve (HBO)

Jharrel Jerome (When They See Us, Netflix)

Michael Kenneth Williams (When They See Us, Netflix)

Vera Farmiga (When They See Us, Netflix)