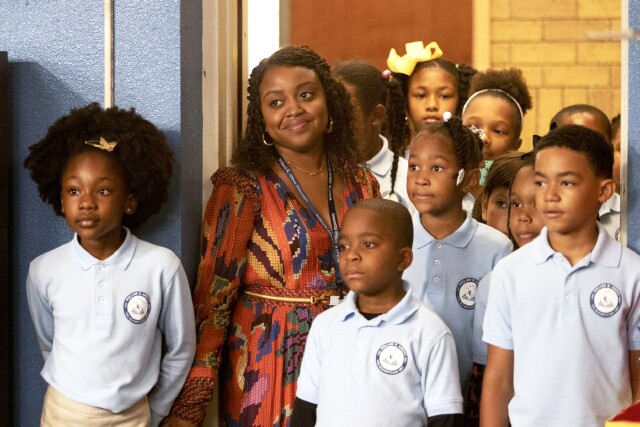 It's that time of year when voting members of the Academy of Television Arts & Sciences are busily reviewing the hundreds of programs and performers eligible for Emmy Award nominations. I'm here to help. As always in the era of Peak TV+ a nomination for one deserving series or actor means that several others won't be acknowledged. But it cannot be avoided. The number of permitted nominees can vary by category, so I'm limiting my suggestions to seven in each one. You can find my choices for deserving nominees in the Comedy Series categories below. Remember, these are recommendations, not predictions, because the Academy is nothing if not unpredictable. Check out my recommendations for the Drama Series categories here.

Abbott Elementary (ABC) (pictured at top) -- The most talked about new series of the year deserves all the buzz.
Acapulco (Apple TV+) -- This sweet surprise belongs alongside Ted Lasso in the Feel-Good TV category.
Curb Your Enthusiasm (HBO) -- Still TV's most deliciously nasty comedy.
Ghosts (CBS) -- This uncommonly smart new comedy proved broadcast TV can still compete for laughs with cable and the streamers.
Hacks (HBO Max) -- A sensational showcase for our new national treasure, Jean Smart.
The Marvel Mrs. Maisel (Prime Video) -- When it's on its game, Maisel is the funniest scripted series on television.
Ted Lasso (Apple TV+) -- We still believe.