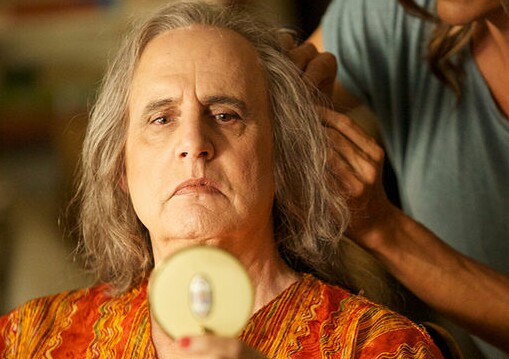 We’re only a few days away from the 2015 Primetime Emmy Awards, which means it’s time for the annual challenge all critics face in predicting the shows and performances that will be honored. In the first of a three part series, I’ll begin with my choices in the Comedy Series categories. My thoughts about Limited Series/Movies and Drama Series will be published on Thursday and Friday, respectively.

Let’s start by noting that the much-loved “Modern Family” deserves a historic sixth consecutive win this year, something few critics want to see happen. I’d give it the award for the “Connection Lost” episode alone, which was shot entirely on iPhones and other digital devices and gave us a half-hour of smart entertainment unlike anything we had ever before seen on television. Further, the show was better this season overall than in recent years, so an end to its remarkable streak seems unwise at this time. I would have been okay if the award in this category went to CBS’ “The Big Bang Theory,” which has never been recognized -- but for reasons known only to the universe it wasn’t even nominated this time around!

Should have been nominated: “The Big Bang Theory,” The CW’s “Jane the Virgin”

The nominees in this category are Anthony Anderson of ABC’s “black-ish,” Don Cheadle of Showtime’s “House of Lies,” Louis C.K. of FX's “Louie,” Will Forte of Fox’s “The Last Man on Earth,” Matt LeBlanc of Showtime’s “Episodes,” William H. Macy of Showtime’s “Shameless” and Jeffrey Tambor of Amazon's “Transparent” (pictured above). The fact that four-time winner Jim Parsons and his “The Big Bang Theory” co-star Johnny Galecki were overlooked in this category defies explanation. But I can’t complain too much, because there is one performance here that towers over the rest and must absolutely be acknowledged as something rare and special. Isn’t it obvious?

The nominees in this category are Edie Falco in Showtime’s “Nurse Jackie,” Lisa Kudrow in HBO’s “The Comeback,” Julia Louis-Dreyfus in HBO's "Veep," Amy Poehler in NBC's “Parks and Recreation,” Amy Schumer in Comedy Central’s “Inside Amy Schumer” and Lily Tomlin in Netflix’s “Grace and Frankie.”

Get ready for a deserved fourth consecutive win by Julia Louis-Dreyfus -- and if you haven’t done so already, start including her in conversations about the all-time best actresses in television comedy: Lucille Ball, Mary Tyler Moore and Carol Burnett. She belongs in their esteemed company.

Should have been nominated: Gina Rodriguez, “Jane the Virgin”; Constance Wu, ABC’s “Fresh Off the Boat”

Should have been nominated: Jamie Cavill, “Jane the Virgin”; Cameron Monaghan, “Shameless”

Preference: Allison Janney, “Mom” (though I wish Emmy could also offer some love to Bialik)

Should have been nominated: Eden Sher, ABC’s “The Middle”