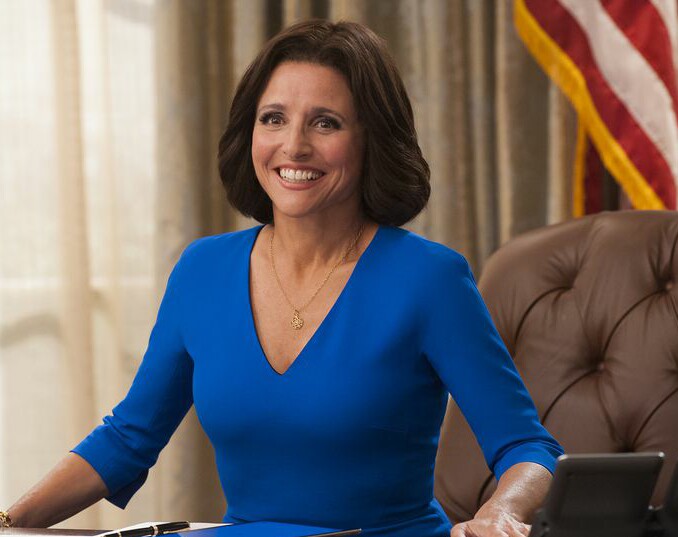 At a time when “the conversation” (whatever that is) generally relegates broadcast shows to second or third place behind cable and streaming series it is worth noting that two of the nominees in the Outstanding Comedy Series category are as strong and significant as any other. ABC’s “Modern Family” and “black-ish” never fail to entertain as they continue to reflect the social changes and challenges of their time in the manner of the great Norman Lear comedies of the ‘70s. (The same is true of CBS’ “Mom,” which has ridiculously not been nominated for Outstanding Comedy Series.) Neither would be my first choice for a win in this category, but I won’t complain if one of them takes home the top award. What follows are my predictions and preferences in the Comedy Series categories.

(Also on MediaVillage.com: My predictions in the Drama Series categories and the Limited Series and Movie categories.)

Outstanding Comedy Series.  Critical consensus suggests that HBO’s Veep will enjoy a second consecutive victory in this category. I’d rather see the award go to HBO’s other nominee here, Silicon Valley, the smartest comedy on television. But ABC’s wise, witty and generally wonderful family sitcom black-ish would also be a fine choice. The other nominees are Master of None (Netflix); Modern Family (ABC), Transparent (Amazon), and Unbreakable Kimmy Schmidt (Netflix).

Outstanding Lead Actor in a Comedy Series.Jeffrey Tambor was a shoo-in last year for his sublime portrayal of a transgender woman in the Amazon dramedy Transparent. But the outcome of this category is less certain this year, with Anthony Anderson of ABC’s black-ish and Aziz Ansari of Netflix’s Master of None also emerging as top contenders. The other nominees are Will Forte, The Last Man on Earth (Fox); William H. Macy, Shameless (Showtime),and Thomas Middleditch, Silicon Valley (HBO).

Outstanding Lead Actress in a Comedy Series. Until her show ends or she removes herself from the competition, let’s just accept the fact that Julia Louis-Dreyfus (pictured at top) will continue to own this category for her biting and brittle performance in HBO’s Veep.  (She now shares that rarefied space occupied by such legendary sitcom super-women as Lucille Ball, Mary Tyler Moore and Jean Stapleton.) If Louis-Dreyfus doesn’t win it will be the biggest surprise of the night. For what it’s worth the other nominees are Ellie Kemper, Unbreakable Kimmy Schmidt (Netflix); Laurie Metcalf, Getting On (HBO); Tracee Ellis Ross, black-ish (ABC); Amy Schumer, Inside Amy Schumer (Comedy Central), and Lily Tomlin, Grace and Frankie (Netflix).

Outstanding Supporting Actor in a Comedy Series.  Voting members of the Academy of Television Arts & Sciences would have to be out of their minds to not honor Louie Anderson for his role as a burdened mom and dedicated Costco shopper in the FX series Baskets. It’s hilarious, heartfelt and heartbreaking – and one of the most complete performances of the year. The other nominees are Ty Burrell, Modern Family (ABC); Tituss Burgess, Unbreakable Kimmy Schmidt (Netflix); Andre Braugher, Brooklyn Nine-Nine (Fox); Tony Hale, Veep (HBO); Keegan-Michael Key, Key & Peele (Comedy Central), and Matt Walsh, Veep (HBO).

Outstanding Supporting Actress in a Comedy Series. A third win for Allison Janney in CBS’ bitingly funny and socially significant comedy Mom would not be undeserved. The nominee here who could disrupt Janney’s streak is Judith Light, magnificent as the ex-wife of a transgender woman in Amazon’s Transparent. Rounding out this category are Anna Chlumsky, Veep (HBO); Gaby Hoffman, Transparent (Amazon); Kate McKinnon, Saturday Night Live (NBC), and Niecy Nash, Getting On (HBO).