Fearless Emmy Predictions – Limited Series and Made for TV Movies 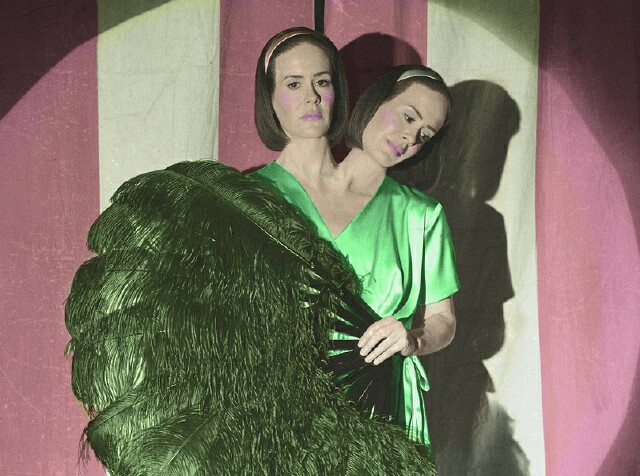 Continuing my three-part Emmy predictions series, here are my choices in the Limited Series and Movies categories. The programs themselves have been separated into two different nominee groups, but all other categories related to the two have been merged for Emmy efficiency, including performers.

Be sure to read my predictions in the Comedy categories.

With limited/mini/event series now all the rage on broadcast and cable, Outstanding Limited Series suddenly has become one of the most exciting categories in this or any other awards show, overshadowing even Movies. The winner of that category – HBO’s “Bessie” (which would have been my prediction and preference) – was announced last Saturday night at the Creative Arts Emmy ceremony.

Looking at this list it is immediately clear that any one of four of them could win and there wouldn’t be a squawk heard anywhere about it. They are all that good. Three of them – “American Crime,” “The Honorable Woman” and “Olive Kitteridge” -- have a contemporary urgency that makes them timely and important, while “Wolf Hall” is an instant timeless classic. That being said unless your head has been in the sand for the better part of a year it’s pretty clear which one is going to win (in multiple categories) on Sunday night.

Only “American Horror Story: Freak Show” seems out of place, because while its production values were strong and its performances fearless the series itself didn’t tell much of a tale at all. I’d call it a hot mess, to use an exhausted but accurate phrase.

Should have been nominated: BET’s egregiously overlooked “The Book of Negroes”

Outstanding Lead Actor in a Limited Series or Movie

There is no clear front-runner here, though Richard Jenkins would appear to have the advantage given the awards momentum “Olive Kitteridge” has maintained since late last year. But watch out for David Oyelowo, who gave a blistering performance in “Nightingale,” a movie that drew no attention at all.

Should have been nominated: James Nesbitt of Starz’ “The Missing”

Outstanding Lead Actress in a Limited Series or Movie

The outcome here comes down to HBO’s two show-stoppers, both sensational in the title roles of their respective productions: Frances McDormand of “Olive Kitteridge” and Queen Latifah of “Bessie.”

Should have been nominated: Aunjanue Ellis of BET’s “The Book of Negroes”

Here’s yet another category in which HBO has a lock. Bill Murray will take home the Emmy for his brief supporting role in “Olive Kitteridge.”

Should have been nominated: Cory Michael Smith of “Olive Kitteridge,” Elvis Nolasco of “American Crime”

Sarah Paulson (pictured at top) of “American Horror Story: Freak Show” would seem the likely choice for her one-of-a-kind portrayal of conjoined twins but any one of these women could win.

Should have been nominated: Janet McTeer of “The Honorable Woman”