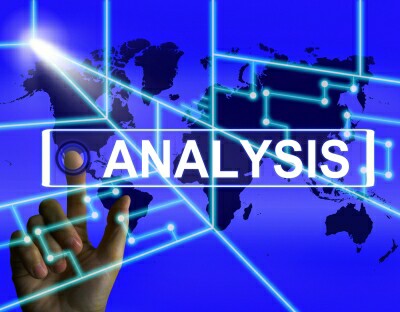 It is tough to read too much into the TV market based on this month’s results due to the changing sequence of these events from last year. One thing that the data definitely bears out is how important these tent-pole events are to the major networks.

The ad market weakened by -4% in February as several large events had a major impact on how the month fared on a year-on-year basis.

The absence of NBC’s Sochi Winter Games had the greatest impact on the market and caused TV ad revenues to drop 16% compared to last year. The month’s results couldn’t be helped by the Grammy Awards moving to February in 2015 -- a month later than last year. While major events like the Winter Games pulled the market down, the result would have been a lot worse if the Academy Awards on ABC didn’t fall in February this year rather than March, as they did in 2014.

It is tough to read too much into the TV market based on this month’s results due to the changing sequence of these events from last year. One thing that the data definitely bears out is how important these tent-pole events are to the major networks.

With two months of the quarter gone, SMI’s results show that total TV revenue is down -12% on 2014 with the broadcast year-to-date off -6% on the same time last year. There is no doubt that the absence of the Winter Games is the prime culprit here and March will give us a much better read on how the market is really tracking and whether the underlying softness that everyone is talking about will flow through to the Upfront negotiations.

Outside broadcast TV, our data saw a positive uptick of +1% for the cable industry. AMC, MTV and ESPN all showed healthy double digit gains. Upfront dollars were up in volume by +2%, however scatter was slightly off with a decline of -3%.

While TV continues to struggle, digital, not surprisingly, continues to roar along. February saw a 30% increase on a year-on-year basis, which is in line with the results we are now seeing on a regular monthly basis. Interestingly, digital now holds 26% of the ad market, up from 21% just two years ago. TV’s share has fallen to 58% from 61% in the same period. The fastest growing sectors of the digital market in February were ad exchanges (+56%), social (+84%), video (+61%), mobile (+60%), search (+39%) and display (+23%).

Newspapers’ ad revenue declined by -2% in February and the magazine market dropped by -5%. Radio ad revenues dropped by -3% compared to the same period last year.

Excitingly, we are less than two weeks away from our March data release which will shine the spotlight on how the ad market performed to close out the quarter. This is an incredibly important release as it will give media owners, agencies and brands a very strong sense of the vibrancy of the market leading into the all-important Upfront negotiations period. Stay tuned for a compelling market report in a couple of weeks.