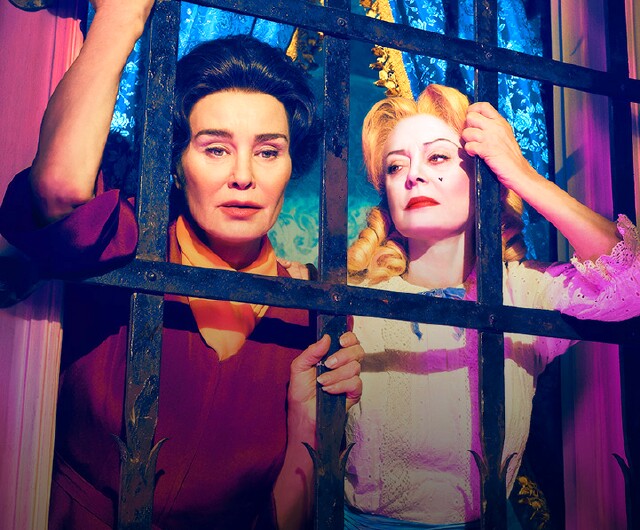 When I saw the first two episodes of FX’s Feud: Bette and Joan way back in January I went out on a limb and predicted that it would be my Program of the Year.  (The proof is here.)  Nothing I saw since then changed my mind, though HBO’s Game of Thrones came close.  The other two top contenders – HBO’s Big Little Lies and Hulu’s The Handmaid’s Tale – eclipsed Feud in most critics’ minds, not to mention those of voters at every major organization that honors television.  With all due respect to those fine shows and their extraordinary casts, I don’t understand why Feud faded away.  In its own way, and perhaps with even more conviction, given that it is a true story, Feud had as much to say about the status of women in our society past and present as any other entertainment program this year.  (I wasn’t alone in my enthusiasm for Feud.  My colleague Charlotte Lipman was impressed by it, too, noting that it was a show to which the advertising community should pay close attention.  “Feud’s greatest strength is its ability to deftly draw the complicated relationships between brand and personal identities,” she wrote, adding,  “What if Coke and Pepsi were real people with real feelings?”)

Feud chronicled in unflinching detail the fading careers of two legendary actresses who were top box-office attractions of Hollywood’s Golden Age – Joan Crawford and Bette Davis.  Together they brought countless millions of dollars in profits to the major studios of the day.  And yet they were treated as something much less than men even when they were making so many men so very wealthy.  They were told what to do and how and when to do it, at work and on their own time.  If they dared speak out or demand respect – not to mention fair compensation for their work – they were labeled ruthless bitches.  At various times in their careers the casting couch came into play. 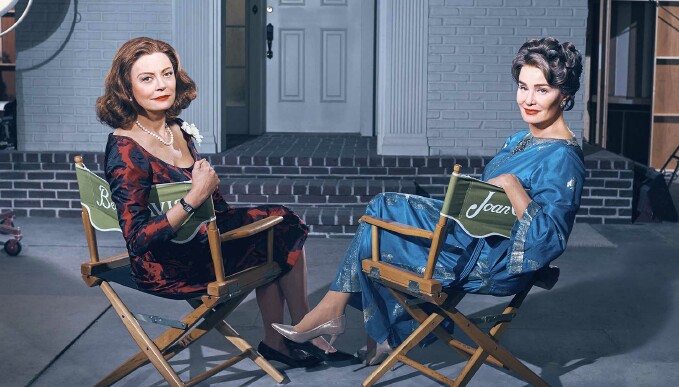 Everything that was wrong or unfair in their lives only intensified as they aged, because then as now in Hollywood when a woman hit the age of 40 she became largely invisible.  The situation has improved today, for some women at least, but Feud was a reminder of how unapologetically and publicly one of the top businesses in this country treated women during their young adulthood and kicked them to the curb simply because they aged, regardless of their stature.

When the Harvey Weinstein sexual abuse allegations came to light – followed by a cavalcade of accusations leveled against dozens of men in the media and entertainment industries -- all of the shameful issues in Feudthat people somehow convinced themselves had been left behind in the distant, “less aware” past exploded into the national conversation.  It seems very little had actually changed; instead, the business has become much more skilled at covering up the transgressions of powerful males and their exploitation of women.

Anyway, as 2017 played out Feud, Big Little Lies and The Handmaid’s Tale all became much more timely and even more thought provoking than had likely been expected when they went into development.  Each of them turned out to be a very important program.  But I will still give Feud the top honor, because it also gave a number of veteran actresses some of the best material of their careers.  Jessica Lange disappeared into Joan Crawford in what I believe was the performance of the year.  Susan Sarandon avoided garish caricature in her portrayal of Bette Davis, something that couldn’t have been easy to do given that the film revolved around the production of the camp classic Whatever Happened to Baby Jane?  Judy Davis was equally fine as legendary entertainment columnist Hedda Hopper, another woman who climbed to the top of her profession at a time when professional ladders were not available to women and those glass ceilings we know today were made of steel.  Jackie Hoffman, Alison Wright, Stanley Tucci and Alfred Molina rounded out this exemplary cast.

Big Little Lies and The Handmaid's Tale -- No. 3