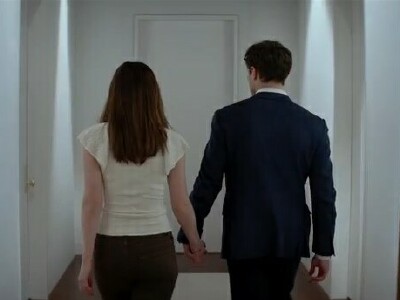 Just click on the images below to watch the latest video transmissions via Planet Ed.

Here’s the most recent trailer for the feverishly anticipated feature film “Fifty Shades of Grey.”

And here it is again, recut as a rom-com! It’s got more clever lines than any episode of NBC’s “A to Z” or ABC’s “Selfie” and “Manhattan Love Story.” (Christian to Anastasia: “Let’s be Facebook official.”) That may explain why those three freshmen sitcoms have already been axed.

Finally! The 40th season of “Saturday Night Live” – largely a disappointment so far – gave us a video for the ages (about the new marijuana policy in New York City), starring Woody Harrelson.

And speaking of Woody, does anyone remember this little production from the last time he hosted “SNL,” way back in 1992? It’s so fantastically, outrageously, over-the-top offensive it would never make it on the air today! (Seriously, there is something in here guaranteed to offend just about anybody.) That’s the late Phil Hartman on the left and Dana Carvey on the right. 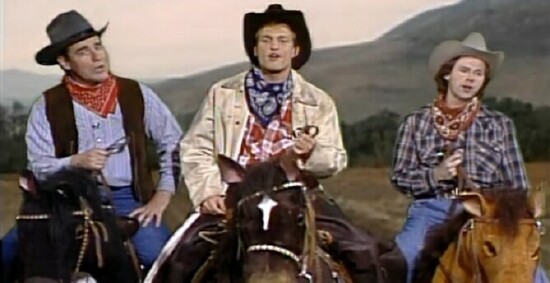 The latest episode of the super-popular Web soap “Youthful Daze” is up on Webisodes Network. The cast includes “Real World” alum Michael C. Manning and that kid from “Jerry Maguire.”

Lastly, because no video highlight column is complete without a cute dog or cat video, here is the most famous dog in the world (this week) – Queso the Moonwalking Bull Terrier. Actually he’s just an ordinary pooch with an unusual hang-up about doorways, which he will only pass through tail-end first.