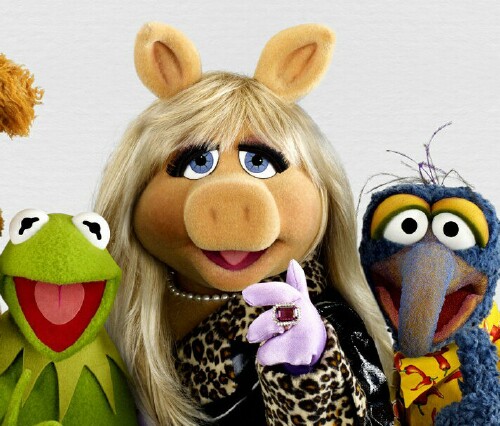 Months before the debut of Fox's "Empire," ABC had the most talked about new series of the 2014-15 season with "How to Get Away with Murder."

The show more than lived up to the advance buzz it began to generate last year at this time, and its largely sex-driven narrative (not to mention that dialogue!) wasted no time dragging broadcast television out of the shadows of shame and fearfulness that continued to keep it rooted in a weird, outdated dark age and into the bright light of contemporary video content. (In fairness, CBS' "The Good Wife" has done quite a bit to force broadcast TV to grow up, as well.)

Anyway, once ABC Entertainment Group President Paul Lee announced his network's final 2015-16 schedule Tuesday it became immediately clear that ABC just might have the most talked about new series of fall 2015 as well, and it couldn't be more different from Shonda Rhimes' sexy legal drama.

This time around ABC will be all about the Muppets, which is actually very cool.

In a season that is already getting much attention for its many back-from-the-dead franchises -- including "Heroes Reborn" and "Coach" on NBC and "The X-Files" on Fox – ABC has likely trumped them all with the return to television of Kermit, Miss Piggy, Fozzie and the rest of their crew. The concept for its new series "The Muppets" is fresh and on-point: The show will spoof the currently popular mockumentary style sitcom (examples include "The Office" and "Modern Family"). How can it lose? "The Muppets" isn't just the latest entry in an iconic multi-media franchise; it's a multi-media franchise populated with iconic characters of broad-based, cross-generational appeal.

"The Muppets" looks like it will be the gleaming jewel of ABC's freshman class, though several others show great promise.

"Quantico" looks to be action-packed in the best way, but that conclusion could prove incorrect since it is based only on a smattering of clips from what appears to be a handsomely produced pilot. Regardless, radiant leading lady Priyanka Chopra just might be this season's biggest breakout star.

"Dr. Ken," starring the hugely funny and equally popular Ken Jeong, looks to be a very compatible lead in to the inexplicably enduring "Last Man Standing" -- and way more entertaining.

ABC's ambitious new Sunday serial "Oil" might work if it comes across like a contemporary and provocative "Dallas" for this still young millennium, something the recent TNT reboot of the original "Dallas" never managed to do.

Biblical drama "Of Kings and Prophets" doesn't look particularly interesting to me, but all things Bible-related are finding a dedicated audience these days on broadcast and basic cable, so this could prove to be one of ABC's smartest programming moves.

Among ABC's midseason shows, "The Family," with Joan Allen as a politician dealing with massive emotional turmoil at home, looks like a compelling and misery intensive drama, much like "American Crime," which was just renewed for a second season. "Wicked City," about two sexy and mesmerizing serial killers (played by the sexy and mesmerizing Ed Westwick and Erika Christensen) seems violent and revolting enough to score big with Millennials. In fact, Paul Lee said the other day that it tested very well with that demographic. Be afraid.