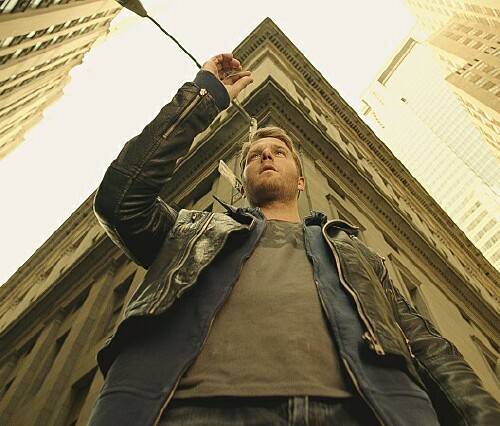 CBS tried something genuinely risky last fall with the addition to its schedule of "Scorpion," a high tech procedural crime drama about socially awkward, unnaturally intelligent young people who fight crime in their own distinctive way. Described as a mashup of "CSI" and "The Big Bang Theory," it plainly aimed younger than the standard CBS crime show.

The network's gamble with it wasn't limited to development and production. Scheduling was also potentially disruptive, to say the least. CBS chose to place "Scorpion" at 9 p.m. on Monday, cutting in half its long-time and very successful two-hour comedy block on the night.

The success of "Scorpion" led to a greater variety of projects being brought to the network, CBS Entertainment Chairman Nina Tassler told me on Wednesday. The proof is the upcoming "Supergirl," an energetic and youthful series featuring the DC Universe character that would likely stand out like a sore thumb on the network had "Scorpion" not opened the door for more overtly youth-targeted fare. It is not too much of a reach to assume that "Supergirl" might not even be coming to CBS if "Scorpion" hadn't worked. As things stand, they look like a perfectly compatible combo.

"Supergirl" won't debut until later in the fall after "Thursday Night Football" ends its season and "The Big Bang Theory" and "Life in Pieces," the two comedies that will occupy the Monday 8-9 p.m. hour starting in September, are moved over to that vacated night.

Fun fact: Once "Big Bang" and "Pieces" are removed from their Monday time periods, CBS will be without comedies at 8 p.m. on that night for the first time since 1949! And another timeless TV tradition bites the dust.

"Life in Pieces" is a multi-generational contemporary comedy that doesn't necessarily look like a perfect match for "Big Bang" – but it could very likely be the perfect bridge between "Bang" and "Mom" once it gets to Thursday. Similarly, CBS' other new fall comedy, "Angel from Hell," starring Jane Lynch as the obnoxious, intrusive, day-drinking title character, might not be the best bridge between "Mom" and "Elementary" on Thursday. But don't bet against it, because that 9:30 time period is suddenly a very interesting one. "Mom" this season is, according to CBS, the fastest growing comedy on television and "Elementary" essentially doubles its audience when DVR viewing is factored in.

CBS' other fall freshmen are two very ambitious dramas: "Limitless" (pictured at top), a science fiction adventure that continues the story from the 2011 feature film of the same name which starred Bradley Cooper (who will occasionally appear in the series and will serve as one of its executive producers) and "Code Black," an emergency room drama described by CBS executives as a next generation "ER."

Midseason will see the returns of "2 Broke Girls," "Mike & Molly," "The Odd Couple," "Undercover Boss" and "Person of Interest," along with a new "Criminal Minds" spin-off titled "Criminal Minds: Beyond Borders" and another series adaptation of a popular feature film, "Rush Hour."

The biggest news concerning CBS' upcoming season doesn't involve any of its new series. The network will telecast the 50th Anniversary Super Bowl in February (certain to be one of the biggest media events in years) and a special two-hour series finale of its long-running mega-hit "CSI: Crime Scene Investigation" (featuring the returns of former stars William Petersen and Marg Helgenberger). And then there's the arrival in September of Stephen Colbert as the new host of "The Late Show."