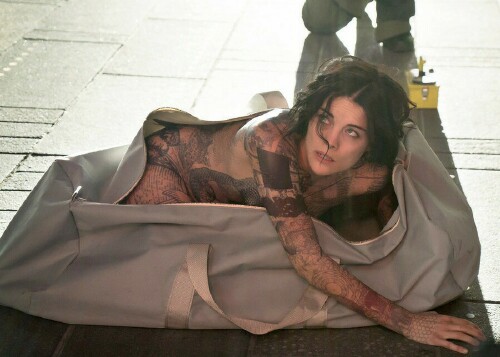 If only NBC could do with the many series on its primetime schedule what it has done with late night, sports and event programming – that is, collectively make them not only the most exciting component of its lineup but the best in all of broadcast television.

The 2015-16 schedule NBC revealed Monday to advertisers and the press – which was largely old information for anyone who happened to be on Twitter four days earlier when a tsunami of details about all of the broadcasters’ pickups and castoffs poured out across millions of digital devices – seemed sturdy enough, but not nearly in the same league as everything else the network does. Together, “Sunday Night Football,” coverage of the Winter and Summer Olympics, “Saturday Night Live,” “The Tonight Show Starring Jimmy Fallon” and “Late Night with Seth Meyers” create a dazzling media environment second to none. I might add that the “Today” show, when it’s working properly, also contributes to this overall sense of extreme accomplishment.

As for primetime, NBC Entertainment Chairman Bob Greenblatt is certainly trying. He has established an exciting new pop culture tradition with the network’s live December musicals (this year’s offering will be “The Wiz”), arguably the most exciting thing any broadcast network has tried in years. His efforts with event series (including “The Slap” and “A.D.”) have been attention getters, if considerably less successful.

As for ongoing scripted and unscripted shows, take away “The Voice” (which isn’t as strong as it once was and seems already to have lost a bit of its early buzz) and “The Blacklist” (still a Live+3 and Live+7 sensation, but suffering in same day ratings since its relocation to Thursday) and there’s nothing much to get excited about.

Looking ahead to next season it is entirely likely that nothing much will change. NBC will stay strong on Sunday and Monday with “Sunday Night Football” and the two-hour edition of “The Voice,” respectively. The latter will be followed at 10 p.m. by the new drama “Blindspot” (pictured above), an ongoing mystery thriller about a beautiful woman who emerges from a duffel bag naked in Times Square with no memories of who she is and her body covered head to toe with tattoos. Each tattoo provides a clue to what promises to be a giant-sized mythology that will by nature of the genre have to remain unexplained for many years or become quite convoluted if the series is to continue beyond one season. That sounds like an awfully big commitment. The naked beautiful woman thing will generate some interest early on, but the story is going to have to be as compelling as “Lost” if it is to survive beyond its first few weeks.

Tuesdays in the fall, the one-hour edition of “The Voice” will be followed by a new medical drama titled “Heartbreaker” that doesn’t look to be any better than any of the failed drama series NBC launched throughout the last 12 months. That will lead into a comedy-variety hour, “Best Time Ever with Neil Patrick Harris,” that will be telecast live from New York City. The general idea here once was tantalizing, given Harris’ acclaimed work as host of multiple Tony Awards telecasts, but it has dimmed a bit in the aftermath of his unremarkable stint as host of this year’s Academy Awards. It will be up to him to eradicate those bad memories during the very first show.

Wednesdays will continue to feature the inexplicably renewed “The Mysteries of Laura,” the tiring “Law & Order: SVU” and “Chicago P.D.” – the latter one of the unremarkable Chicago-based shows from Dick Wolf that are spreading across NBC’s schedule. (Another, "Chicago Med," is coming later in the 2015-16 season.) If only the writing for these shows were as well done as the casting and direction. (“Chicago Fire,” the mothership of the franchise, will run Tuesday at 10 starting in November when the NPH variety show is over, unless the NPH variety show is a giant hit, in which case it is difficult to believe that NBC will let it end before the November sweeps conclude.)

On Thursdays, NBC will attempt to provide some support for “The Blacklist,” a show that was at 9 p.m. supposed to support the entire night, with a limited continuation at 8 p.m. of the very played out “Heroes” franchise titled “Heroes Reborn.” Apparently NBC has forgotten that by the time “Heroes” ended its run the network couldn’t pay people to watch it. Of course, that had a lot to do with its narrative, which started out strong in its first season and then dropped off a cliff. With the right story this time maybe it will work, but the success of “Heroes Reborn” is not a given.

“The Blacklist” will be followed by “The Player,” an action thriller set in Las Vegas. One might think viewers have had enough of Las Vegas – a city of very limited appeal to anyone not obsessed with it -- after the five-year run of NBC’s “Las Vegas.” Apparently NBC executives don’t think so.

NBC on Friday will try what promises to be one of the most interesting programming experiments of 2015-16: A weekly live half-hour telecast of the returning sitcom “Undateable,” which experimented with a live, hour-long episode just last week. The last all-live sitcom on a broadcast network, Fox’s “Roc,” also ran on Friday nights (for its second season, back in 1992-93). I don’t recall the live “Roc” doing any better than the taped “Roc” and I can’t imagine the live “Undateable” doing any better than the current version. But it should at least attract some attention, and the entire cast (mostly comics) are rabid self-promoters on social media, so this could be one to watch.

The new (taped) sitcom that will follow “Undateable,” titled “People are Talking,” could be one to avoid based on available clips. It certainly seems to be compatible to “Undateable,” but that isn’t saying very much, since the latter has never been a particularly robust performer.