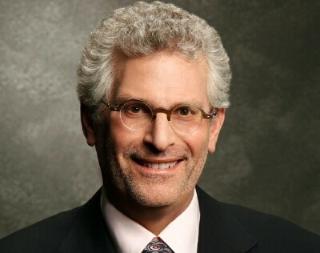 Pasadena, CA -- What a difference a day makes. There was a lot of talk Monday morning about how The CW has suddenly come into its own. Most of that chatter had to do with the network on Sunday winning its first ever major industry award – a Golden Globe for Best Actress in a Comedy Series for the very deserving Gina Rodriguez, star of The CW's critically acclaimed freshman comedy-drama "Jane the Virgin." "Jane" had been nominated for a Golden Globe as Best Comedy Series, which was another exciting first for the network, even though it lost out to Amazon's "Transparent."

As significant as all that Globes excitement was for The CW, just a few hours earlier, on Sunday morning, the network was already having a super day – at the Winter 2015 Television Critics Association tour. Never in its nine-year history had The CW put together a TCA schedule that was as formidable and coverage-worthy in its own right as any other presented by any network at this annual two-week event.

Don't take my word for it. One senior CW executive confided in me that it felt as though The CW was "the hot network" at TCA (a feeling no CW employee past or present has likely ever experienced). This wasn't an untrue statement. Much of the credit for making The CW's schedule a major TCA success was a massive 16-person panel featuring the actors who portray the many colorful heroes and villains from the network's two most popular series, "Arrow" and "The Flash," along with the executive producers of those three shows.

As exciting as it was to see such acclaimed actors as Victor Garber, John Barrowman and Tom Cavanagh on the stage, along with stars from both shows including Stephen Amell, Grant Gustin, Katie Cassidy, Colton Haynes, Wentworth Miller and Brandon Routh, the lobby outside the ballroom at the Langham Huntington Hotel (where this tour is being held) was also a center of much attention, because Warner Bros. had set up a museum-quality display of the many costumes worn by the actors in both shows. There was as much security in the lobby near this display as one might see during rush hour in Grand Central Station.

The CW's morning wasn't all about superheroes, though if that session was all the network offered it would still have been a TCA standout. The day actually began with a panel for yet another adaptation of a D.C. Comics series, "iZombie," which will be one of those increasingly rare genre series that revolves around a female character. (On that subject, critics have been wondering why Katie Cassidy, who plays Black Canary on "Arrow," was the only woman on the giant-size Heroes and Villains panel. Also on that subject, CBS has a series based on "Supergirl" in development.) The "iZombie" panel was followed by a combo session for "The Vampire Diaries" and "The Originals" with Ian Somerhalder from the former and Joseph Morgan from the latter, along with Julie Plec, the executive producer of both shows. Heroes and Villains was followed by sessions with Cedric the Entertainer, on hand to generate interest in his upcoming reality competition series "Cedric's Barber Battle," and a panel for another new genre show, "The Messengers," about five people transformed into Angels of the Apocalypse as the Rapture approaches.

Somewhere in the middle of all that was a session with CW President Mark Pedowitz, who must consider Sunday to have been one of the best days of his career. Wisely, the network that morning announced that all eight dramas on its fall 2014-15 schedule were renewed for the 2015-16 season. (They include "Arrow," "The Flash," "Supernatural," "The Vampire Diaries," "The Originals," "Reign," "The 100" and "Jane the Virgin"). Asked if that doesn't leave very much room for new programming, Pedowitz revealed that not all of those shows may come back in the fall. "Some of them will come back midseason and/or summer," he said. "This enables us now to finally get to the place of providing scripted summer programming. The summer of '16 should be a much bigger summer for us than ever before."

Pedowitz also talked about continuing to develop future programming via the digital platform CW Seed. The first Seed to The CW transfer, "Backpackers," last summer was a Nielsen dud and was quickly pulled, though Pedowitz admitted that, according to Rentrak data, it "might have been worthwhile to … keep it on for a little bit longer." Undaunted, his team is "looking at a half-hour potentially coming out of CW Seed for the summer."

It will come as no surprise to anyone that given the ratings success of and media coverage surrounding the "Flash"/"Arrow" crossover in December there will be more to come, though The CW is not going to go crazy with them. Crossovers between "Vampire Diaries" and its' spin-off "The Originals" will occur when they make sense. "In terms of 'Flash' and 'Arrow,'" Pedowitz said, "those big crossovers we're only planning to do pretty much once a year in the fourth quarter, kind of similar to the 'Dr. Who' Christmas specials." (The "Dr. Who" Christmas specials are telecast annually on Christmas night on the BBC and are considered a major holiday event in Britain.)

As far as adding more series inspired by superheroes from the world of D.C. Comics, Pedowitz said, "We are having some preliminary discussions in terms of expanding the 'Flash/Arrow' universe, but we have not yet fully vetted them out, and that's really the extent I can talk about it." Greg Berlanti, the executive producer of both shows, pretty much said the same thing during the Heroes and Villains panel.

The opinions and points of view expressed in this commentary are exclusively the views of the author and do not necessarily represent the views of MediaVillage or MyersBizNet management or associated bloggers.