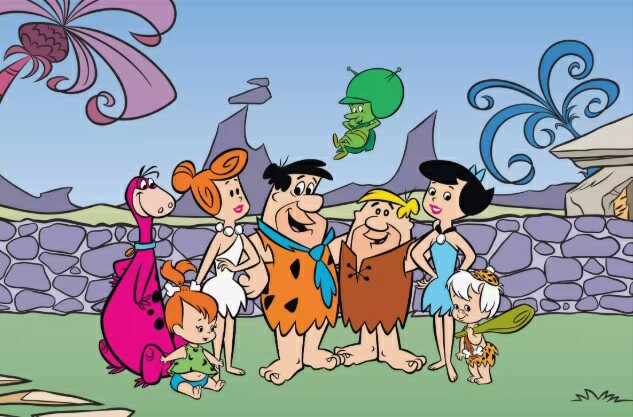 It was recently announced that Warner Bros. and Brownstone Productions are planning to develop a new version of The Flintstones, the classic animated sitcom from the 1960s.  Interestingly, it is not being created for a young audience.  Instead, it’s being envisioned as an adult series, which can mean only one thing: they’re after the millions of Baby Boomers who enjoyed it as children and who still watch lots of television.  Alas, the “modern Stone Age family” is as relevant as ever in the Age of Aging.

For those of you who might have spent time living under a rock (or are too young to remember), The Flintstones was a primetime animated series produced by Hanna-Barbera for ABC. It debuted in 1960 and continued into 1966. It featured two neighboring families (the Flintstones and the Rubbles) living in the town of Bedrock circa 10,000 B.C. The series revolved around how the characters dealt with modern 20th-century challenges in the context of a Stone Age setting. Its main character -- Fred Flintstone -- was a loveable, bumbling husband and father fondly remembered for the way he would spontaneously belt out the words “Yabba Dabba Doo” as an exuberant expression of his happiness.

Content like this was at the time created for one audience: The 80 million Baby Boomers who were coming of age in the 1960s and putting the “mass” into what we would later label “mass marketing.” The birth of so many children was soon followed by the birth of electronic media, plastic credit and new approaches to branding. The era of modern marketing was underway, and it was being fueled by television networks and Stone Age programming.

The magnitude of the Boomer audience meant that anything they got behind got big. The Flintstones was the most financially successful, longest-running animated franchise for three decades until The Simpsons debuted in late 1989. In 2013, TV Guide ranked The Flintstones as the second-greatest TV cartoon of all time.

The Boomers are sure to make the new Flintstones a blockbuster hit, and if we understand why, then that same level of success can be replicated for other brands. Here’s what’s going on:

The Power of Timelessness

In their effort to validate their desired self-image of being ageless, the Boomers strive to associate themselves with things that are timeless. The underlying psychology driving this behavior is actually pretty simple: When the negative feelings of age start to creep in, people offset that emotion by surrounding themselves with positive things from their youth that neutralize the relevance of age. If you see a candy apple red sports car cruising down the road, chances are there’s a graying Baby Boomer behind the wheel.  Is it really about the ride or is it about proving to yourself that you still have the youthful mojo that you did when you first drove a car like that in the ‘70s? If you can still drive fast with the wind in your hair, then you’ve got to be ageless. The moral of the story is if you have something that’s timeless, sell it to people who think they’re ageless.

The Laws of Legacy

It’s human nature to want to live your life in a way that leaves something positive and enduring you can be remembered by. As the Baby Boomer generation reaches an age where thoughts are shifting to legacies, they’re grasping onto things that they feel they have a right to own, to claim as theirs in a way that subconsciously makes them feel they’ve created a legacy. Take music (rock, of course) for example. You’ve probably noticed that the Millennials have discovered the Boomers’ vinyl collections and are making classics from the ‘60s and ‘70s popular all over again.

The Boomers are quick to remind us that it’s their music and it’s merely on loan to the Millennials. Is it an accident that two of the three best-selling albums of all time belong to the Eagles? I think not. Want to take in a show? How about one of the latest theatrical hits like Meatloaf’s Bat out of Hell the Musical and Beautiful: The Carol King Musical? As their desire to leave a legacy intensifies, expect more Boomers to lay claim to the cultural phenomena that they popularized in their heyday.

As we age, the future seems more unpredictable than ever, so we compensate by embracing the past. The past is a known commodity, especially our “good old days.” When we recall positive memories from the past, it makes us more comfortable in the here and now. As a Boomer, who can forget those carefree days of our youth and simple pleasures like a visit from the Good Humor truck or a new episode of Flipper? The generation of consumers who grew up in an era of unprecedented optimism is now subconsciously bolstering their positive outlook on life every time they recall the most potent memories of their lives. More Flintstones, please ...

Flintstone’s fans surely remember the Great Gazoo, that loveable alien who was sent back in time to share advice from the future with Fred and Barney. Imagine a different Gazoo who could use his knowledge of past events to help predict the future. If you’re between a rock and a hard place trying to anticipate what Millennials are going to do next, perhaps you should shift your focus to a generation whose past is proving to be a pretty good predictor of its future.