Flyover States Are the Country 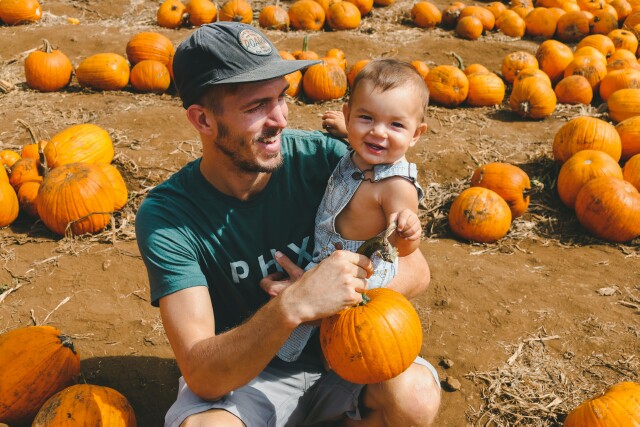 A few years ago, a family situation moved mine from Manhattan to Shaker Heights, Ohio.  Although I am not built for suburban life, as suburbs go, it's beautiful.  Geraldo Rivera is my neighbor.  We are both cursed and blessed with wives who grew up in Shaker Heights.

It might intrigue non-Ohioans to know that one can own a Scarsdale/Brentwood/Gross Pointe/Chevy Chase-type stone home -- five bedrooms, four baths, pool -- for $400,000.  Gas is $1.89 a gallon and so is milk.

My daughters go to dance class in Parma, Ohio.  The student body at the dance class represents a wide, ethnically diverse group of dedicated dancers.  It is a collegial experience for the kids.

I spend hours and hours and hours sitting in the dance studio, talking with other parents -- mostly fathers.  Kids are rarely dropped off at the dance studio, the parents wait and wait for the lessons to conclude.  These engaged parents live in the moment.  They know everything their kids do, their grades, homework, health and weekend plans.  Not a nanny in sight.  There is no housekeeper waiting for their return.

"I would never feel comfortable with someone else doing my laundry," confided my friend, Dave.  Then we discussed bleach.

Bruce Popovich is a dance dad.  He has been in the United Automobile Workers (UAW) for over 20 years.  He works at the General Motors Parma plant and previously spent years at the Lordstown plant where the Chevy Cruze was manufactured.  His job at the Lordstown plant was to drive the car off the assembly line to the parking lot.  At first, I thought this was a cushy, union gig.  Nope.  Bruce is actually the most skilled person on the line.

When Popovich drove a car off the line, he took it through tough paces: speed track, speed bumps and other rigorous tests.  But the toughest test on the car was Bruce's ears.  His ears can hear one bolt loose in one corner of the trunk.  He can hear if soundproofing is loose under your seat.  His ears decide if the car can be sold or if it has to be repaired and rebuilt.

I love focus groups, but I don't trust surveys and I don't like the word data.  Expressions and feelings are better barometers of a consumer's likelihood to buy a product than data points.  I look for passion and language.  How excited are the consumers about a product and which words are used to describe the product?  That's the gold to me in a focus group.

When I talked with the dance parents in 2015 and 2016, their life challenges and mine were obvious:  Shopping at three stores to save 25 cents on milk.  Mom, dad and grandma working one or two or three jobs.  Continuously doing everything possible to keep the kids safe, educated and out of trouble.  Endless strategies for dealing with the teachers at school.  Where to get car brakes that won't break.  How to work with the state to get the support for special needs kids.  It was all matter-of-fact -- pragmatic.  There is no time for theory or debate, as homework must be done.  Social media?  Yes, to track exactly where their kids are, not for posting political theory.

Driving the residential streets of Parma, Middleburg Heights and Strongsville, Ohio in 2016 brought into view one clear fact:  Trump was going to win. That revelation was not obvious because a house had a Trump sign on the front lawn, but because a house would have dozens or hundreds of Trump signs on the front lawn.  Hundreds.  House, after house, after house.  Velocity of passion was the pathway to the Trump win -- the research was clear.

In my work as a broadcast executive, I have always used mall research.  Not mall intercept research, but, sit in the mall and look research.  Look at the people in the food court, talk to them with respect and listen to what they know and don't know.  Respect.  Driving through dozens of neighborhoods around the country would be more telling of the results of any election than a fresh stack of "data points."  If hundreds of people plaster their lovely homes with campaign signs, that's indicative of the result.

What the Surveys Couldn't Show

My friends at the dance class were never surveyed. If they were handed a survey, they would have never, ever had time to fill it out! Their cheap milk store was about to close, the teacher must be met, and homework must be done.  The predictive research results were on every front lawn.

On election night I saw a shocking fact.  Pundit after pundit, expert after expert was shocked at the results.  I was shocked they were shocked.  Were they that isolated?  That myopic?  Did they ever get in their cars and just drive the neighborhoods?  Do they own cars?  No.  They were outraged that their research so, so, so sucked.  They were more outraged, it seemed, that their research failed them than with the result of the election.  But that additional outrage would come.

Recently on my Westwood One network show, I had Bruce Popovich on as a guest.  He wasn't surveyed by political pollsters and neither were his UAW colleagues.

Me:  Bruce, did your UAW colleagues vote Democratic?  Did they vote for Hillary?

Me:  How do you feel when the experts on TV say that Trump was elected by ignorant white men?

Bruce:  I don't feel too good about it because I have three degrees from Penn State, I am a nine-year apprentice tradesman ... and I know how to build your car.

Next time the researcher puts a pile of books on your desk and offers an executive summary, look at him or her and say, "Let's get out of here and ride the neighborhood for the afternoon.  Let's have lunch at the food court."