Food for Thought on Generation Yum 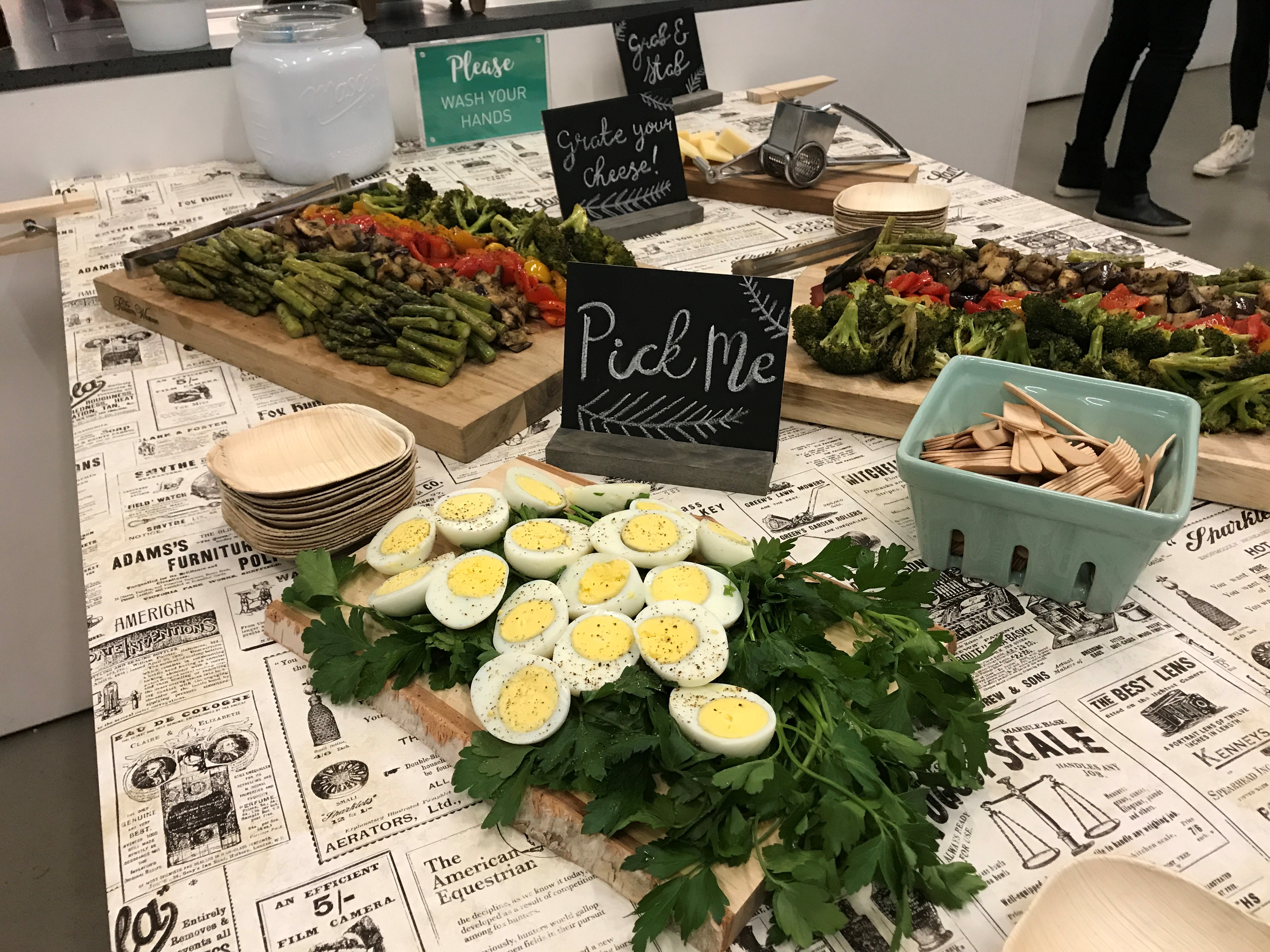 Young people don't just care about food.  They're obsessed with it.  That was the takeaway at the recent Food Network "Meet Generation Yum" event held at New York's Project Farmhouse.  They're watching more food content than ever before, ravenous about eating it and even embracing convenient ways to cook more at home.  Based on Scripps Networks Interactive research into the eating, cooking and viewing habits of Millennials and Gen Z-ers, the company developed Genius Kitchen, the new digital food brand at the intersection of entertainment and utility.  The company also acquired Spoon University, a community site with content created by and for college students across 250 campuses around the world.  The mission of these new digital brands is to serve up food content the way next-gen food consumers want it: on their own terms.

According to Ann Lundberg, Senior Vice President of Digital Sales for Food Network, the "Generation Yum" event was conceived as an opportunity to share the insights gleaned from Food Network's extensive research on these emerging food fanatics with Scripps' brand marketer and agency partners.  Guests had the opportunity to sample delicious fare from local chefs, ranging from healthy to decadent.

Favorites included poke avocado toast, roast pork with grits, juice shots and artisanal donuts.  On-air talent mingled with the crowd, including Mike Lockyer, a co-host of Genius Kitchen Now and Courtney Rada from Genius Kitchen's Carnivorous.  Stations in the event space were designed to illustrate the maxims posted around the room, from Food Is Heritage to Food Is Community.  The exhibit with the biggest "wow" factor was Food Is Sensory.  Video screens, scented cards and Holosonic speakers (which are only audible when one is standing directly in front of them) revealed the sights, smells and sounds of onions being chopped and donuts frying in vivid detail. 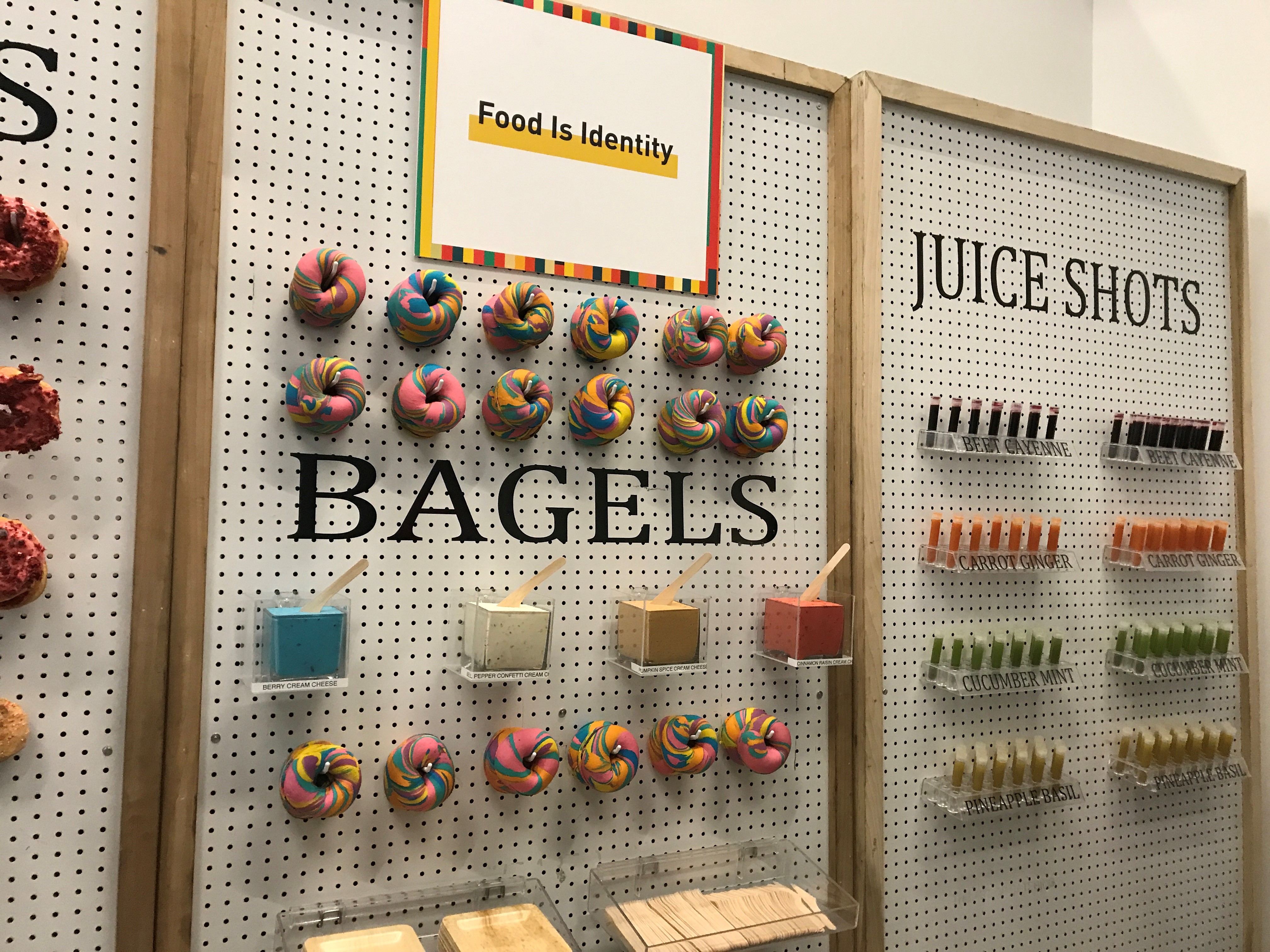 Why all the fuss?  Because Millennials and Gen Z-ers together are spending more money and time on food than any young generation before them. Millennials (born between 1980 and 1996) and Gen Z-ers (born between 1996 and 2010) represent 51% of the U.S. population, and over half of them consider themselves food enthusiasts.  They're devoted consumers of food content; more than half of Millennials watch food-related TV weekly and 49% watch food-related videos.  Food Network has been studying this 75 million-strong combined demo to understand and deliver on what kinds of content they want, where and how they want to watch it.

Getting to the root of what drives these consumers is the mission of Gabe Gordon, Senior Vice President of Research and Strategy for Scripps Networks Interactive.  Gordon partnered with Eve Turow Paul, author of "A Taste of Generation Yum," to shine a spotlight on Millennials' attitudes and behaviors about food and media.

According to Gordon and Turow Paul, food is more than sustenance for Millennials.  It's a lifestyle choice, with about six out of ten saying food is an important part of their identity, and seven out of ten saying they're passionate about food.  People describe themselves by what they eat (or don't eat) … think vegan, paleo, no-carb.  It gives them a sense of control: 69% want to know more about their food and where it comes from, and three out of four say that using fresh ingredients is important to them.

Food plays a big role in their social media habits, too.  One out of three Millennials feel that the photo of their food is more important than the food itself.  It's not a meal; it's a brand statement, and its value is signified by the number of "likes" it gets.  Thirty-four percent of Millennials post photos of meals they've prepared weekly, while 56% of Gen Z-ers would pay more for a burger they can Instagram than burgers they don't deem photo-worthy.

Spoon University teaches young influencers how to express themselves through food media, and educates them to lead the future of food culture.  "The food you eat tells so much about who you are and what you value in life," notes one Gen Z Spoon University contributor,

Coming together over a meal can be an antidote to the loneliness and anxiety many young people are feeling in the digital age.  Millennials are more likely than Gen Z-ers to have friends or family over for a meal they cooked, with 38% doing this weekly.  Dispelling the myth that Millennials are too lazy to cook, eight out of ten prepare meals for themselves at home weekly.  That's why food kits have become such a hit, combining the ease of pre-selected, perfectly portioned ingredients with the satisfaction of a home-cooked meal.

We learned that while brand extensions like Genius Kitchen and Spoon University cater specifically to younger demos, Food Network earns their respect, too.  Food Network empowers them with knowledge about where their food comes from, how to prepare it themselves and how they can create memorable food moments.  In fact, Food Network is the most trusted food brand among Millennials.  Of Millennials who watch Food Network shows, 59% say it's a tastemaker source, beating digital brands like Pinterest, YouTube and Facebook.

The upshot?  While Millennials and Gen Z-ers are upending traditional attitudes about food, Food Network is a trusted resource for these young food enthusiasts, and a powerful ambassador for brands trying to reach them.