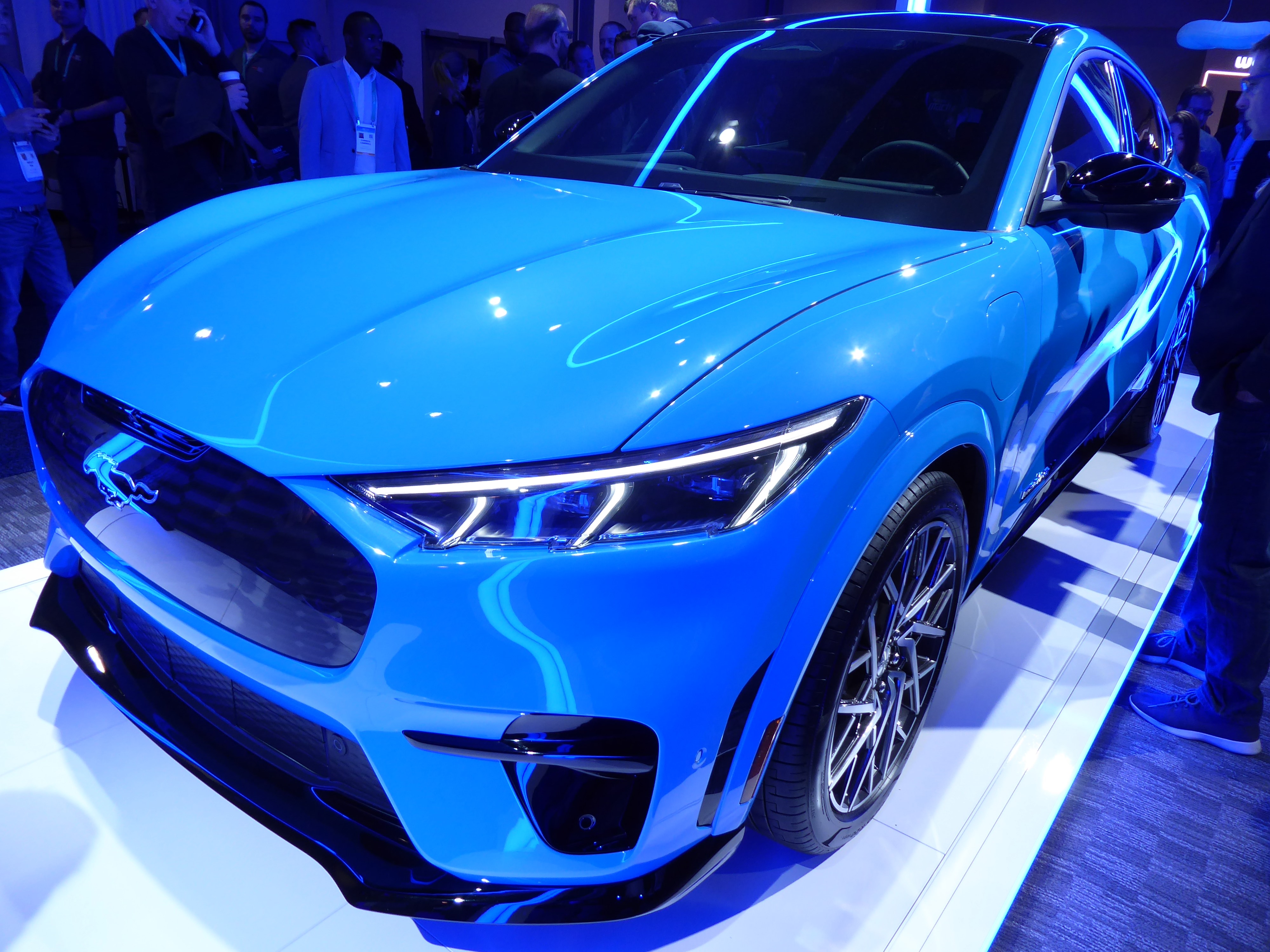 When I first heard that Ford would abandon nearly all of its U.S. car lines — sayonara, C-Max, Fiesta, Focus, Fusion, Taurus — leaving only the niche Mustang, I thought the company was crazy. America's obsession with SUVs is, without a doubt, at a high point, but it's always been cyclical. That cycle is dependent on low gas prices, and a company without fallback products would appear to be highly vulnerable.

But the Mustang won't remain solely a V-8-powered muscle car. No, Ford is bringing it into the modern age with the Mach-E, an all-electric crossover, proudly sporting the prancing pony first introduced in 1964. And while the Mustang has never been my cup of tea (at least after the iconic 1964-66 models), I'm intrigued by the 2021 Mustang Mach-E.

The brand has always been eco-conscious, particularly with former chairman Bill Ford as a cheerleader. That history has been obscured as Ford bowed to market inevitabilities and concentrated on SUVs. But the Mach-E promises a breakthrough as Ford's first credible, mass-market electric car.

Early indications are positive, as there will be two battery sizes available (75.7 and 98.8 kilowatt-hours), and up to 300 miles of range (critical to compete with Tesla). Definitely opt for the $51,700 premium model but beware: Choosing all-wheel drive will cut range to 270 miles. The design is good, the infotainment looks like it will pass muster, and it will even have good storage — never a Mustang strong point.

If you want to leave Teslas in the dust, opt for the GT, which uses two motors to produce 459 horsepower and 612 pound-feet of torque, with zero to 60 mph coming up in less than four seconds. All without hurting the Earth's atmosphere.

What's more, Ford is really getting behind the Mach-E with its marketing campaign. Actor Idris Elba was enlisted for ads that ran on live sports events. In case you missed the connection to the heritage, the Mach-E is seen "runnin' with the pack" — of classic Mustangs. So, the Mustang was this, and now it's also this. "Something that moves us all forward," he says, "and holds nothing back…. The SUV with the heart of a Mustang." Here's a look:

Ford would normally advertise heavily in the auto "buff books" but, as I detailed in an earlier post, the bloom is off that rose. Instead, Ford is looking at CNN, Twitter, and YouTube. The Mach-E seems like the right move, with the only caveat being that it could have come earlier. Ford's electric program has, so far, been relatively lackluster, relying on battery-powered Focus cars with limited availability.

As often happens with electric cars, the company is taking reservations, the accumulation of which adds bragging rights. There are currently 41,000 of them (not bad) with hand-wavers in all 50 states. The "first edition" sold out in the first week. The plan is to sell 50,000 Mach-Es in the first year. In a twist, particularly for Mustang, about 60 percent of the early build is going to Europe, where EVs are needed to meet strict emission regulations.

"The new model adds immediate brand recognition, sex appeal, and a performance image to electric cars — something only Tesla has done at scale so far," writes John Voelcker in electric car journal Charged.

Aside from the Mustang, how is Ford's all-SUVs-all-the-time strategy looking? Actually, it was kind of inevitable; GM is withdrawing from cars, too.

Here's the reality in 2020, via Statista: The crossover segment is, by far, the biggest in the U.S., at 40.8 percent of the market in December, and exactly four times larger than the formerly huge midsize car category. Small cars have shrunk to 11.2 percent and luxury cars — once a lucrative corner of the market — are down to 5.4 percent. What's more, Tesla is cleaning up in the latter segment — outselling traditionally formidable rivals such as Mercedes-Benz and BMW. How could Ford compete? 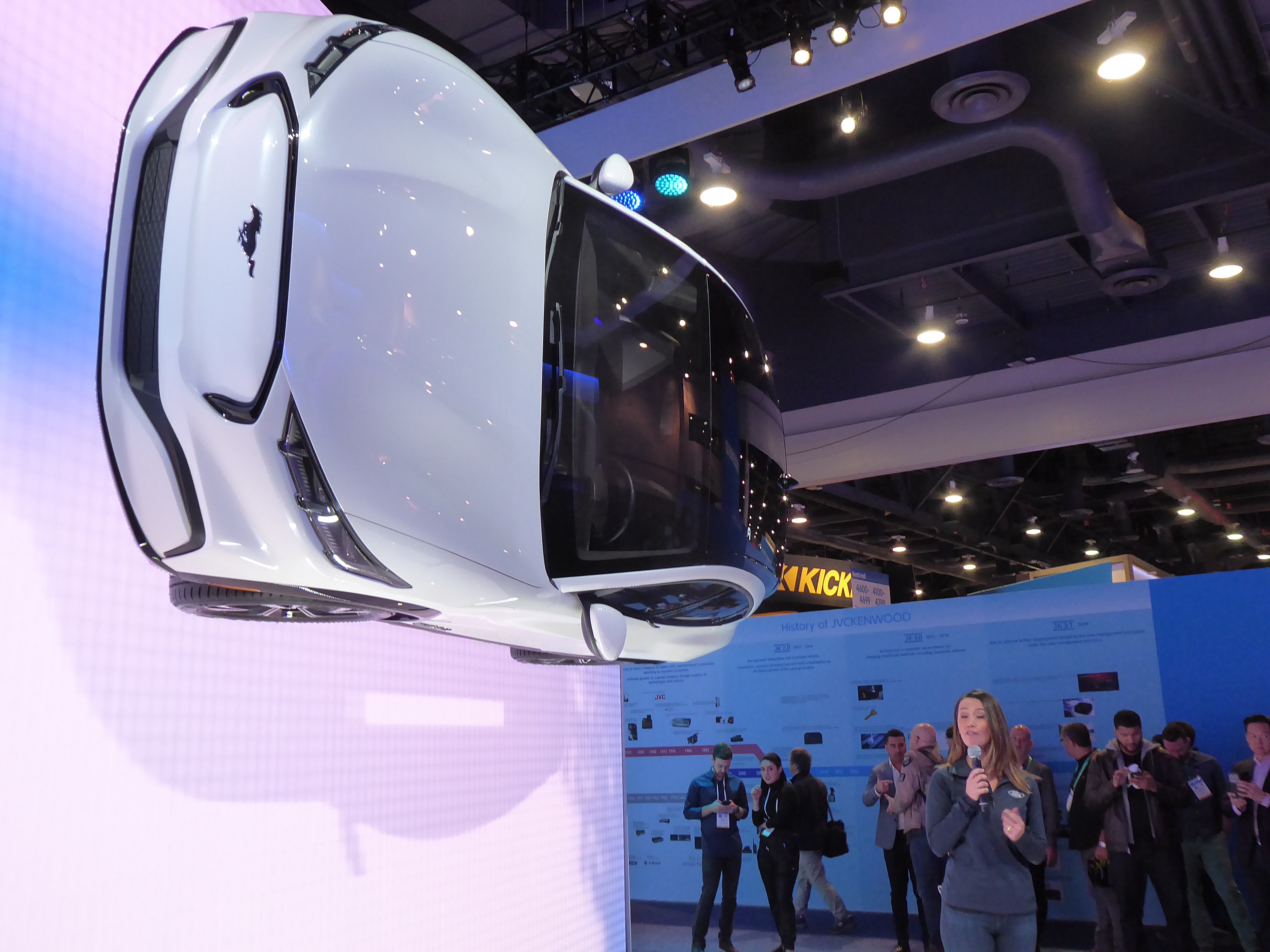 Given the cold truths about the market, Dearborn seems to be doing the prudent thing. In the latest Ford results for the fourth quarter of 2019, C-MAX and Focus are zeroed out and the Taurus was down to 769 units. (The Fusion was still selling, though, with 32,137 sales — approximately double that of Mustang.)

Lincoln remains in the doldrums, with just 33,355 sold in the fourth quarter, compared to 568,507 Ford vehicles. If there's a Lincoln version of the Mach-E, we haven't heard of it. Although cars were down a whopping 40,000 for the combined brands (Ford and Lincoln) compared to the same quarter in 2018, there wasn't serious deterioration: sales totaled 601,862 in fourth quarter 2019 and 609,693 in fourth quarter 2018. That happened because Ford truck sales gained 9.1 percent. Trucks sell, and Ford is selling them.

OK, enough numbers. I tested two cars from the Ford stable, basically to see if the product is holding up and if the company is offering a credible alternative to its exiting sedans. With the Ford Escape Hybrid (which was out of the lineup for eight years but is back for 2020), the answer is an emphatic yes. With the Lincoln Navigator, it's more of a, "Hmm, I'm not so sure."

The 2020 Escape SE Sport Hybrid offers 44 miles per gallon in the city and 37 on the highway. Those numbers aren't in Prius territory, but they're quite credible for a vehicle with the Escape's utility. You could easily live with an Escape without saying, "I miss my Honda Accord."

Plus, the Escape drives like a car, is quiet and maneuverable on the highway, and offers the kind of connectivity and safety features that buyers definitely want. It's not too big and seats five, with a price that starts at a reasonable $28,255. Ford has been building hybrid Escapes since 2004 and it has steadily improved the formula. I don't like SUVs as a general rule, but I could live with this one. 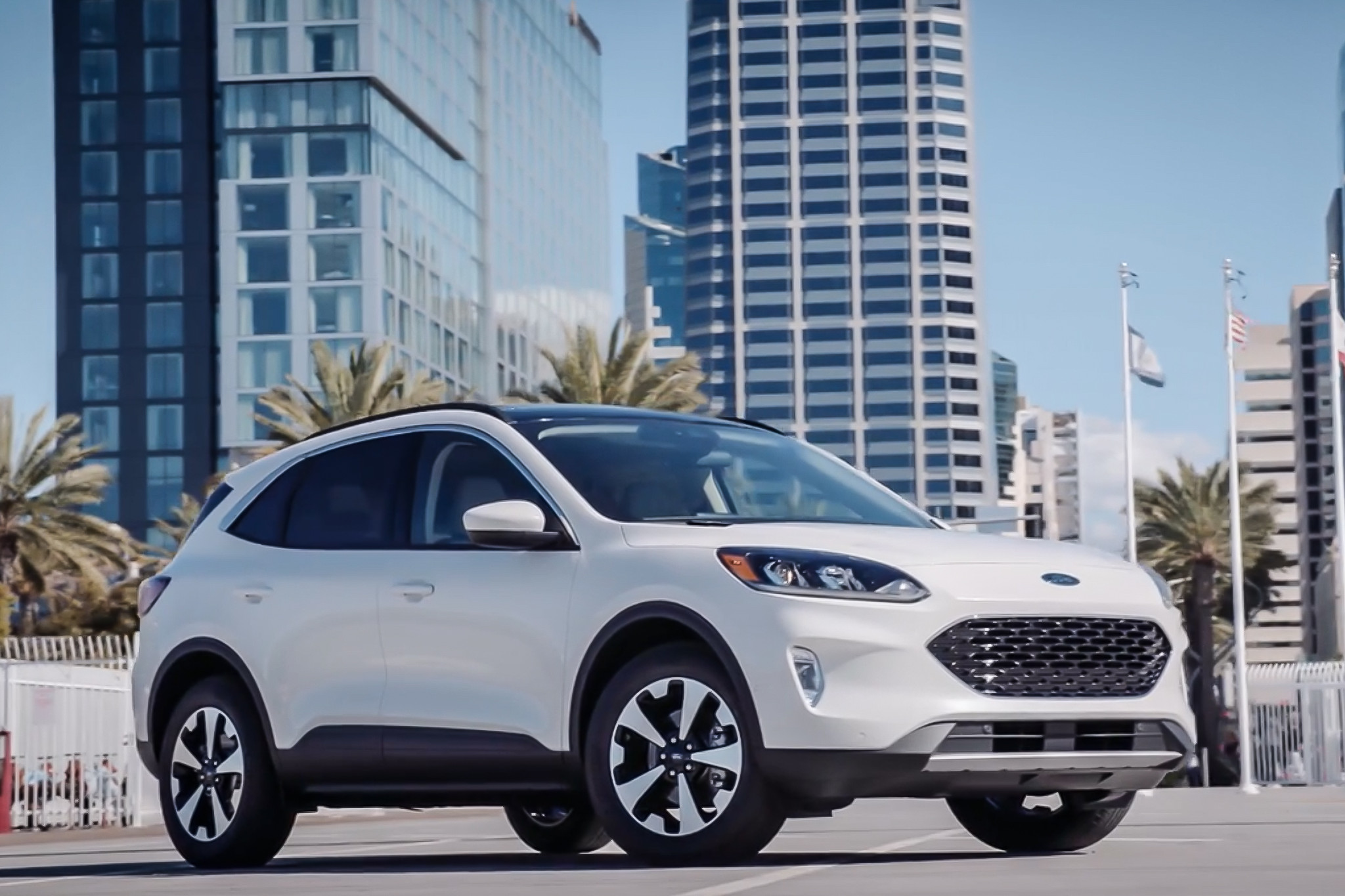 The Navigator I just don't get. Here is $90,020 worth of vehicle (as tested) and although it seats seven, you pay for it every day. The fuel economy is just 16 mpg around town, 21 on the highway (18 combined), and thank goodness for the backup camera; its bulk makes parking lot maneuvers a chore. The ride isn't as cosseting as I'd expect — you feel the bumps. The Navigator is so comically big that, despite being tall, I had trouble climbing into it and reaching the open doors to close them, as well as getting it to fit in my driveway.

Yes, the Navigator has a full suite of safety tech, including adaptive cruise and adaptive suspension; there's also blindspot detection — and it needs it. The 3.5-liter, twin-turbo V-6 is responsive, coupled to a 10-speed transmission. The infotainment sounds good and played nice with my phone in Apple CarPlay. But the Escape had most of these features, too, and at a fraction of the price.

Lincoln is down to two cars, the MKZ and Continental, and car sales are a fifth of what it does in SUVs. Still, I would submit that the era of huge, fuel-hungry SUVs is coming to a close. The Navigator, redesigned for 2018 and now somewhat more stylish, is trailing Lincoln's smaller SUVs in sales.

For Ford, the future belongs to car-like crossovers such as the Escape, particularly in hybrid form. These crossovers are equipped to weather fuel price hikes, while the Mach-E is the Ford vehicle that really points the way into the future.