Four Years on from Jon Mandel, We’re Focused More on Brains Over Brawn 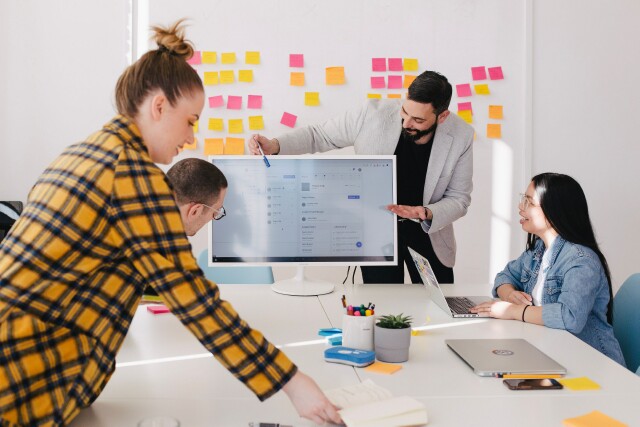 Who would have thought it?  Imagine yourself back in the early days of media agencies.  Buying shops, one and all.  The biggest got the best deals, because … well, because the biggest always got the best deals regardless of the industry.  Planning was front-of-house window dressing.  Research was for geeks.  Just walk around swinging your wedge and you’ll be okay.

Look at us now.  Using the patented Cog-Blog-o-Meter of Campaign news headlines, I can tell you it’s been 133 days and counting since the last “Media agency X in trading dispute with media vendor Y” story.  And that was about the end of the dispute!

Meanwhile, Goodstuff has had its media showcase creative extravaganza; Iris has realized that it makes a load of sense for creative agencies and media agencies to work together; the Thinkbox planning awards continue to reward excellence in thinking (as opposed to wedge swinging), and Campaign’s venerable editor-in-chief has written of the importance of partnerships.

Clever research into the power of context is everywhere.  Media trade bodies have become the industry’s thought leaders, cleaning up awards and generally breaking new ground as cheerleaders for the ad business.

And what of the networks?  The giant wedge wavers whose sheer size and scale was going to mop up these pesky independent challengers?  Well, the FBI is pushing ahead with its investigation into media buying practices.  It seems like only yesterday that the ANA investigation into alleged malpractices was in train; a process, don’t let’s forget, that was set in motion by one ex-agency CEO making a speech on March 5, 2015 -- only four years ago.

Jon Mandel declared: “Media agencies aren’t living up to their fiduciary duties to their clients … They are not transparent about their actions.  They recommend or implement media that is off strategy or off target if it works for their financial gain.”

The ANA enquiry made headlines because the trades jumped on the matter of how agencies seemed to be pocketing rebates due their clients.

We shouldn’t forget the howls of the networks, the cries of unfair and unjust accusations.  The attempts to hide behind contractual terms.

Yet the major story was less about rebates and more about buys influencing plans, an altogether harder thing to spot and something that is much less black and white within agency client contracts.

Four years on from Mandel; and thank goodness we’re focused more on brains over brawn.

The networks still have their place, of course.  Global best practices, learning and applying lessons, consistency of operating principles, all are attractive to certain advertisers.

But whereas it was all looking like a one-size-fits-all future, with size of gross billings being the only criterion that mattered, the media agency world post-Mandel is more nuanced, more interesting, more creative and more collaborative.

A world where there’s room for all -- except, that is, for those who eventually get fingered by the FBI.

Photo by You X Ventures/Unsplash