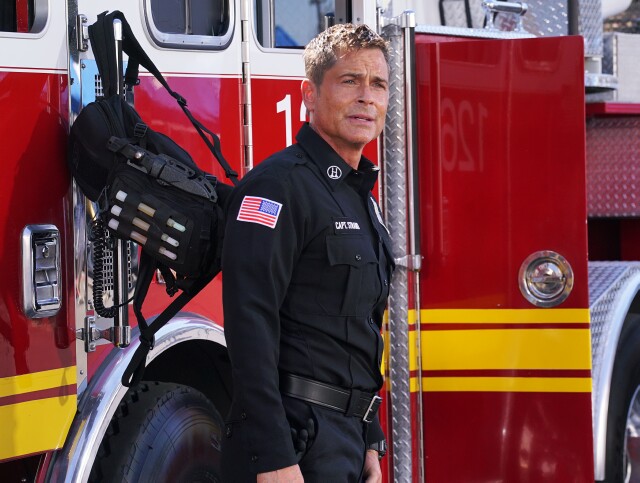 Another week, another press release from Fox touting the continued and growing success of its high-octane Monday night double-bill, 9-1-1 and 9-1-1: Lone Star. It couldn't be happening to two more deserving shows. This dynamic duo isn't just strengthening its network; it's boosting broadcast television, as well.

When it comes to programming, broadcast bashing has been in vogue for many years now. Repetitive crime dramas, archaic three-camera sitcoms and niche single-camera comedies have made for a bland blend of entertainment fodder that many (but not all) critics and most (but not all) awards shows cheerfully condemn or simply overlook. Why settle for sausage at the same old local hangout when there is delicious filet mignon waiting at a classier establishment? The responses are almost instantaneous: The shows on CBS, NBC, ABC or Fox can't possibly be as satisfying as those on Netflix, Amazon, HBO or Hulu. Right?

The quality suffers by comparison, doesn't it?

Broadcast entertainment, with all those inherent restrictions on content from the FCC and the advertising community, can't possibly rise to the level of the best streaming shows and the cream of the cable crop, wouldn't you say?

I don't see very many columns these days that defend broadcast content. I think they started to drop away once NBC's This Is Us began to show its age. So, consider this a wake-up call, or at least a sincere declaration: Every Monday night Fox reminds us that broadcast can still compete with the hottest television platforms, and can even kick their butts. I can't think of a weekly two-hour block of appointment television right now that is more engaging than the network's 9-1-1 combo. Separately or together, they tick all the boxes: 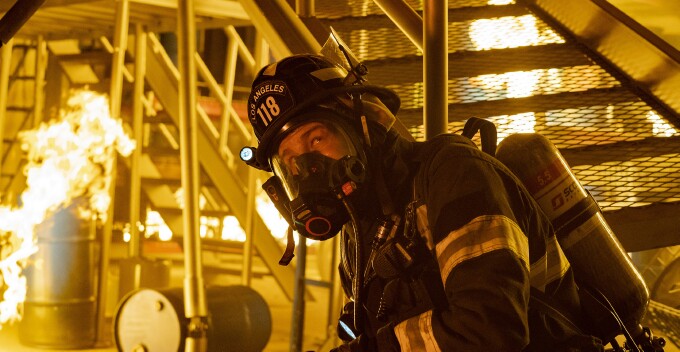 They're inclusive. With their multicultural and multigender casts and characters they are as inclusive inside and out as anything else on television, and as grand a platform as I can find for not only celebrating diversity but demonstrating how much richer life can be when all kinds of people mix, mingle and have each other's backs.

They're epic. The special effects and stunt work in these series rivals that of theatrical action films. In fact, most episodes of both shows pulse with cinematic goodness. The intrepid teams of lifesaving first responders at the center of both have collectively come up against an earthquake, a tsunami, floods, a landslide, train wrecks, the eruption of a volcano (just outside of Austin!), floods, fires, explosions, horrific accidents of every kind and wildly improbable crises (like a bus becoming airborne and crashing through the side of an office building or hundreds of scorpions infesting a food truck or a monstrous tapeworm, how should I say, exiting its host). 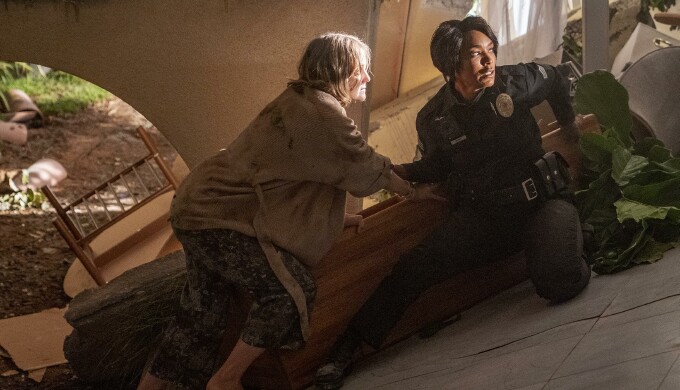 They're intimate. The personal stories of the paramedics, police officers and firefighters on these shows are as insightful, emotional, relatable and enriching as those on any medical or legal drama you can name. Each character has dealt with some of the most sensitive problems imaginable at home while rising to the challenges of major-league catastrophes on the job that sometimes defy the imagination.

They're relevant. The COVID pandemic has found its way into the storytelling on these shows, as it has so many others. So have issues involving infidelity, race, homophobia, transphobia, drug abuse, child abuse, spousal abuse, climate change and abortion, to name just a few.

They're forward-thinking. On 9-1-1 we've seen a couple seemingly come apart when the husband came out to his wife, only to see them each find love with another and form a fully functional extended family with their kids at the center. Meanwhile, Lone Star has from the start explored the complexities of a tentative relationship between two young gay men (played by Rob Ronen Rubinstein and Rafael Silva, pictured below) who work together under the most demanding of circumstances, along with the recovery from cancer of one first responder (played by series star Rob Lowe, pictured at top) who became ill after prolonged work at the smoldering remains of the World Trade Center in the months following the 9/11 terrorist attacks. 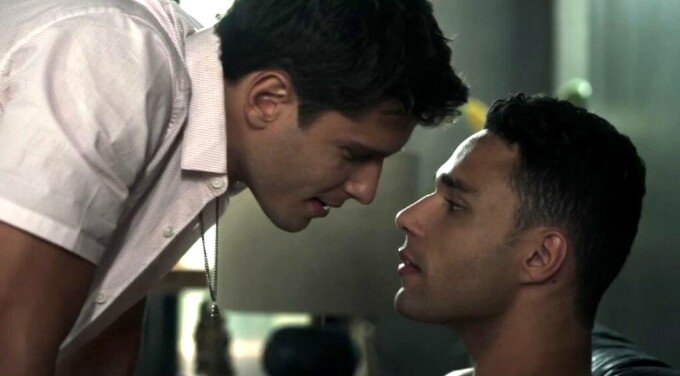 They have fun with the medium in which they are thriving. Remember the great character crossovers between series in the Seventies and Eighties that turned regular episodes of favorite shows into special events? The crew from Los Angeles-based 9-1-1 recently dashed off to Texas to help the men and women of Lone Star battle raging wildfires. In terms of regular series programming this made for the most exciting night of broadcast television to date in this wildly atypical season. (To be fair, ABC's Grey's Anatomy and its spin-off Station 19 deserve crossover credit, as well, as do NBC's three Chicago shows.)

They're sexy, too. It's only my opinion, but so many of the characters on both shows have so much chemistry together that they rival the pairings on the Netflix smash Bridgerton. Okay, I may be over-reaching. But still …

It's worth pointing out that these two shows come from Ryan Murphy and his talented team of TV disruptors. Murphy and Co. are more commonly associated with edgier, groundbreaking, R-rated fare, including FX's American Horror Story and Pose and, on Netflix, the drama series Ratched, the limited series Hollywood, and the feature films The Boys in the Band and The Prom. Murphy, who previously lit up Fox with Glee, has as much comparative creative freedom as he could ask for when working in the cable, streaming and theatrical arenas, and would seem to be constricted by the rules and restrictions of broadcast television. But 9-1-1 and Lone Star prove this isn't so. Truly talented content creators can do great work anywhere.

Amid the multiple narrative crises of the week, both shows maintain a genuinely entertaining balance between high drama and sweet humor while unashamedly stretching boundaries and pushing envelopes with the best of them. Broadcast television is the better for it. And to think, when I first heard of 9-1-1, my mind went right to the crusty classic Emergency!

Our own Ainsley Andrade called both of these shows back when they began. Revisit his reviews of9-1-1and9-1-1: Lone Starfor more.