Fox’s Dana Walden at TCA: "We All Want to Be on Each Other’s Platforms" 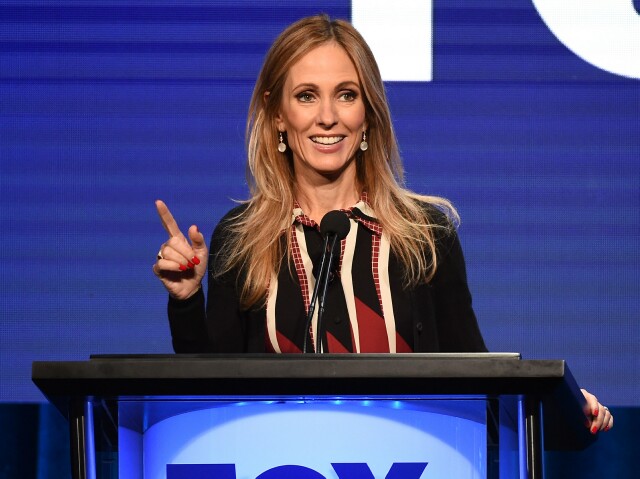 Beverly Hills, CA – Fox Television Group Chairman and CEO Dana Walden started the executive session of Fox’s day at the Summer 2016 Television Critics Association tour yesterday by explaining to the press that broadcast and cable networks are one big happy family. “At the Fox Television Group, we’re producing over 50 shows,” she said. Beyond series for the Fox network, that means “shows for every major cable channel, SVOD service and broadcast network, including [ABC’s upcoming comedy] ‘Speechless’ and [NBC’s new fall drama series] 'This Is Us,' which landed the most coveted time slots at ABC and NBC this fall. This year, we also produced the No. 1 show on ABC, ‘Modern Family’; the No. 1 new comedy of the season, ‘Life in Pieces,’ for CBS; the No. 1 show on FX, ‘American Horror Story’; the most watched show on Showtime, ‘Homeland,’ and the No. 1 new cable show, ‘The People v. O.J. Simpson’ on FX.” Walden later expanded on this subject. “All of the media companies are meaningfully in the content ownership business,” she explained. “Certainly a core objective of the Fox Television Group is to own as much great content as possible.

“We all want to be on each other’s platforms,” she continued. “We want to be able to grow our library. It’s a higher bar when it’s a show produced by an outside studio or when we have a show on an outside network. But on a show like the ones that I mentioned, they’re no brainers: Modern Family, Homeland, This Is Us, Speechless. They’re going to drive circulation. Fundamentally, we all want the best content.”

Walden was frank about the status of Fox, especially in recent weeks. “We’re clearly not where we want to be this summer,” she admitted. “Given the distractions with the election and the Olympics, we knew summer was going to be hard. But looking forward, we have some promising scripted and unscripted shows in the pipeline for next summer, which will definitely be a priority for us.”

Summer problems aside, Fox is the only big broadcaster that can boast about having “the youngest median-age viewer of the four major networks” and being “the only one within the target [18-49] demo,” Walden noted. When pressed by a reporter as to the actual median age of Fox viewers, Walden smiled and winningly replied, “a super-young 48.” (Incidentally, Gary Newman, Co-Chairman and Co-CEO of Fox Television Group, sat the session out, though he was present and available to the press. Instead, Walden was joined on stage by Fox Broadcasting Company Entertainment President David Madden, pictured below right.) 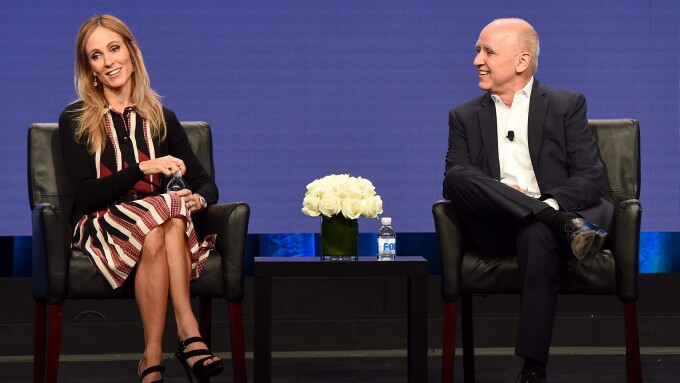 There is more to the business these days than just powering a network with the best shows available. “While we think our slate is strong and we have some momentum, it’s no longer enough to have great content,” Walden asserted. “We spend a lot of time focused on the future of the broadcast business, and we think we’re moving in the right direction. We’ve made a lot of progress making our programming available to our viewers wherever and whenever they want it. And we’re creating new distribution models to monetize our content across all platforms.”

Given the relatively young median age of its viewers, “it is not surprising that [Fox’s] on demand viewership is strong,” Walden continued. “We have the Top 4 broadcast shows on VOD with Empire, The X Files, Lucifer and Scream Queens. And over the past two years, our viewership on Hulu and [the] Fox NOW [app] has actually doubled.” Further, Fox recently became “the first broadcast network to offer live viewing of our primetime lineup on our app nationwide,” she noted.

Repeating a line TCA members have heard at countless broadcast executive sessions over the years, Walden said, “This is a time for rebuilding at Fox and for networks in general. Broadcast shows have not been the flavor of the month for many of you in this room over the past few years, and for good reason. There were shiny new services that wowed you and cable programmers who won your attention with fantastic shows that would never have survived on broadcast. Five years ago, they were doing much less programming than the networks, nurturing just a few series that you were rightfully excited about. But the playing field has leveled.

“There’s been an explosion of content, and now everyone is in the volume production business,” she added.

Walden also explained that Fox this year created a new “brand partnership” team housed within the company’s marketing department.  “It’s their job to develop innovative ways for advertisers to connect their brands with our shows, like our collaboration last year between Empire and Pepsi, she said. “For the coming season, we’re partnering with Samsung on 24: Legacy. Together we’re creating an immersive VR experience that’s being written by Howard Gordon, and it will kick off the new season on Fox and Samsung platforms.” 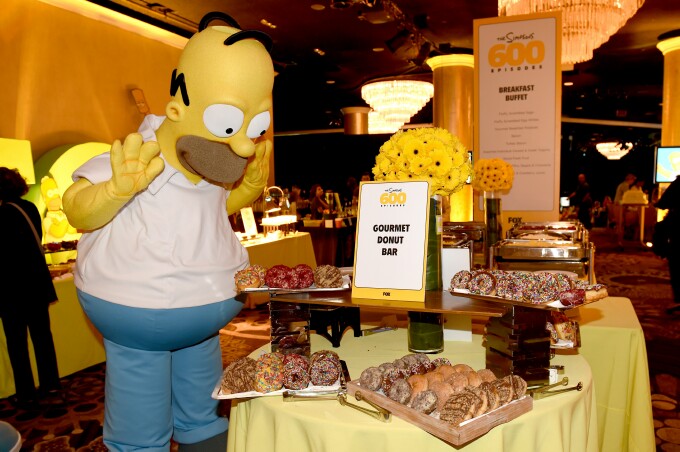 Fox produced its usual fine day at this tour, taking advantage of every minute and every space to promote its programming. It began with a themed breakfast celebrating the 600th episode of The Simpsons(photo above), followed by sessions for its new series Lethal Weapon, Pitch, Son of Zorn and The Exorcist; a themed lunch that further promoted Pitch; a session for its upcoming movie special The Rocky Horror Picture Show, and a mid-afternoon sundae break tied to its Sunday night animated staples The Simpsons, Family Guy and Bob’s Burgers. The day ended with a combo-panel for its returning Monday night dramas Gotham and Luciferand a session with Taraji P. Henson and two executive producers of Empire.

The opinions and points of view expressed in this commentary are exclusively the views of the author and do not necessarily represent the views of MediaVillage.com/MyersBizNet, Inc. management or associated bloggers.​