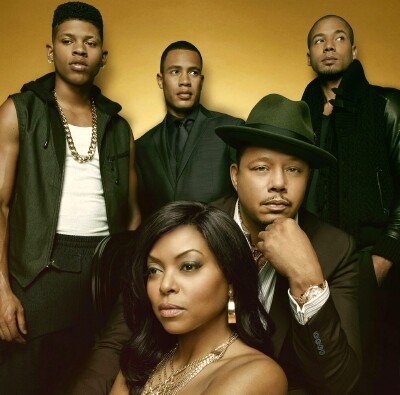 The “traditional” television season doesn’t end for two more months, but in many respects broadcast might as well call it a wrap after tonight. That’s because the freshman run of the most surprising and entertaining new series of the year – Fox’s “Empire” -- will conclude at 8 p.m. ET with a two-hour special. (Click on the pic below for a sneak preview featuring guest star Snoop Dogg.)

With this show and that other thrilling game-changer -- ABC’s “How to Get Away with Murder" -- gone until fall, there will be very little else on broadcast television these next few weeks to stir up much excitement. Thank heaven for CBS’ “The Good Wife.”

What a ride the makers of “Empire” have taken us on with their uncommonly distinctive show, which seemed to come out of nowhere and instantly take the world by storm. I don’t recall that happening quite so excitingly with a broadcast series since the out-of-the-gate blockbuster success of CBS’ “CSI” when it debuted in October 2000 and, before that, NBC’s “ER” at the time of its September 1994 premiere.

Those two shows didn’t just blow the doors off, ratings-wise; they also changed everything at the time of their arrivals, re-imagining two of television’s most exhausted genres – the procedural crime drama and the medical drama – in ways that made them feel like something completely new. But those shows accomplished bigger, broader things. “ER” accelerated the pace of the standard network hour drama, with more frequent edits, more kinetic camerawork and multiple storylines, all set to music that was pulse-pounding for its day. The same happened with “CSI.” There had never been a crime or detective show like it. It raised the broadcast bar for gruesome violence and explicit torture and the frank exploration of extreme sexual behavior, but it did so with the highest quality acting and production values. Americans couldn’t get enough!

And now we have “Empire,” another outstanding scripted show that isn’t afraid to stand apart from the rest and take an unarguably adult approach to its storytelling -- something that surprisingly few broadcast dramas today manage to do. (Chief among the few notable exceptions are CBS’ “The Good Wife,” NBC’s “The Blacklist” and “Hannibal” and ABC’s “Scandal” and “How to Get Away with Murder.”) Like “ER” and “”CSI” before it, “Empire” has taken an aged genre – the primetime soap – and supercharged it in a way we haven’t seen since the glory days of “Dallas” and “Dynasty,” which seem tame today but were quite bold for their time. 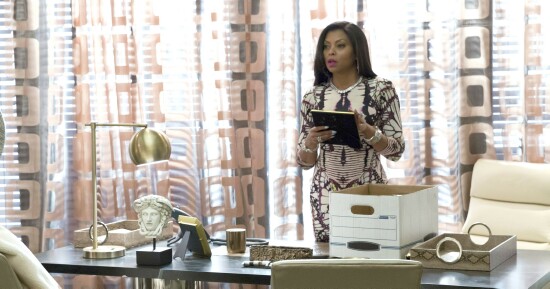 “Empire” has done something that hasn’t happened in years and should give all of the broadcast networks a sense of renewed hope: It has continued to dramatically grow its audience throughout its first season – this without the repeat plays and marathons that help boost so many basic and pay cable shows in their infancies. It’s that suddenly rarest of broadcast franchises: A scripted drama that simply must be watched at the time of its live airing, less the mushroom cloud of spoilers that permeates social and traditional media after every telecast ruin the fun.

Many critics have chosen to identify as the primary reason for its success the diversity of its cast, which is almost 100 percent African American. That’s certainly an important aspect of its popularity, given the overall white-washing of scripted television throughout broadcast history, but I would argue that “Empire” is a phenomenon for other reasons, as well – not the least of which is the fact that viewers of all ages enjoy a compelling primetime serial as long as it doesn’t play like a worn-out retread of those that have come before. “Empire” excels because of its dynamic concept, its masterful blend of contemporary issue-driven drama and carefully timed melodrama, its frisky sense of humor, its distinctive dialogue, its strong message about the power and importance of family, the overall fearlessness of its storytelling (for example, the lead male character is a nasty, sexist, homophobic, ruthless businessman) and, above all else, its respect for its audience.

The catchy original music in every episode doesn’t hurt, either. (The performances in “Empire” are entirely organic to the narrative, which revolves around a thriving, music-centered entertainment company.)

To sum that up, “Empire” from the start has delivered on everything that it has promised, week after week. The producers and writers of this show have never taken the easy way out of anything, or sanitized anything for popular consumption. As a result, it’s more popular than just about anything on television.

I can’t imagine what season two will be like. Also, I can’t imagine waiting six or more months to again enjoy “Cookie Time” or to hear Taraji P. Henson’s already iconic character say things like, “If you want Cookie’s nookie, ditch the bitch,” as she famously told her ex-husband Lucious Lyon (Terrence Howard) after a romp in bed that had him wanting more, even though he had a girlfriend.

In just a few short weeks Cookie, Lucious and their sons Andre (Trai Byers), Jamal (Jussie Smollett) and Hakeem (Bryshere Y. Gray) have set the stage for the Lyons to join the Ewings and the Carringtons in the soap genre’s Hall of Famous Families. Executives at broadcast and cable companies had me convinced in recent years that we would never again see a success story like “Empire.” I’m so glad they were wrong.