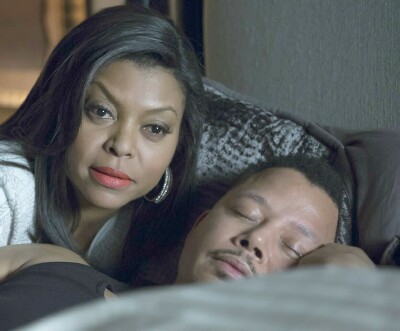 So here’s something else the Fox phenomenon “Empire” accomplished during its winter run. It put the urgency back into watching live TV -- not in the way of Fox’s “American Idol” and ABC’s “Dancing with the Stars,” which are actually live, but in the “watch it when it is first telecast,” old-fashioned approach to television viewing.

Outside of reality competition shows, can you recall the last time a broadcast series commanded the kind of attention that “Empire” enjoyed during its two-hour season finale on Wednesday night? Since so much of the fun of this show is not knowing what is going to happen next – in part because characters change their minds and their loyalties more often than ordinary people change their underwear, but also because most episodes of this sizzling series power through more story developments than play out in most other series during an entire season – standard DVR behavior just won’t do.

That would explain why, at the time of this writing, the audience for “Empire’s” season finale stands at 17.5 million and counting.

It would also explain the tension on Twitter throughout the show between East Coast viewers and those in later time zones who didn’t want to suffer spoilers but, curiously, chose to be on social media from 8-10 p.m. ET anyway.

The “standard DVR behavior” referenced above also applies to recording “Empire” and beginning it late, zapping through commercials and ending the first-run experience on time, or so Fox seemed to suggest on Wednesday afternoon, when it sent out a press release declaring that fans of the show could win a walk-on role during the show’s second season – adding that they would have to sit tight throughout the two hour telecast and not change the channel if they wanted to increase their chances to win. (In other words, sit through commercials, too. I imagine companies that advertise during “Empire,” already a happy group, must have been overjoyed by that.) An “Empire” trivia question would be “asked and answered” during those two hours, the press release revealed. Viewers had to follow @EmpireFOX on Twitter throughout the show and tweet the trivia answer using #BeOnEmpire.

Fox isn’t fooling around with this one. As Lucious Lyon (Terrence Howard) declared at the end of the two-hour show, “Its game time, bitches.” (That one is going to stick all summer long.)

Twitter on Wednesday night reinforced what most of us already knew: “Empire” is a show to be experienced in the moment, along with millions of other people – one best enjoyed when shared minute by minute. Also, it is an excellent TV party show, in the tradition of “Dallas,” “Dynasty” and “Melrose Place,” among many others. Social media is one thing; the fun to be had by gathering in person with family and friends to experience a television program is quite another, and it is not without social rewards of its own. Once upon a time this behavior wasn’t reserved exclusively for the Super Bowl and the Academy Awards. Certain scripted series, especially serials, provided the perfect excuse to gather with others and enjoy food, drink and entertainment. (And nobody changed the channel during commercial breaks.)

On that note, I will never forget getting together with people at a friend’s apartment to watch the second episode of the third season of “Dynasty.” That was the one in which Claudia dropped the bundle that everyone thought was Fallon’s kidnapped baby off the roof of a skyscraper while several horrified Carringtons helplessly looked on. When the “baby” was shown tumbling through the air in slow motion to its certain demise, we could hear people screaming in the apartments around us. That was a shared experience. (Happily, the “baby” turned out to be a plastic doll.)

It is that kind of craziness “Empire” has brought back to scripted television, proving that television executives who steadfastly declared many years ago that the primetime serial was dead didn’t know what they were talking about. As if to reinforce this fact – and heighten the connection to the great primetime soaps of yesteryear – “Empire” in its season finale featured a wild catfight between Cookie and Anika, aka Boo Boo Kitty, which recalled the epic battles between Alexis Carrington Colby and Krystle Jennings Carrington on “Dynasty.” Comparisons were made on Twitter to the infamous Krystle and Alexis lily pond battle (pictured above), but the crazy violence in the Cookie and Boo Boo beat down reminded me of the Carrington women’s first fight in Alexis’ cottage (below). I think Taraji P. Henson and Grace Gealey have a way to go before they come close to claiming the Catfight Crown from Joan Collins and Linda Evans, but that’s just me. 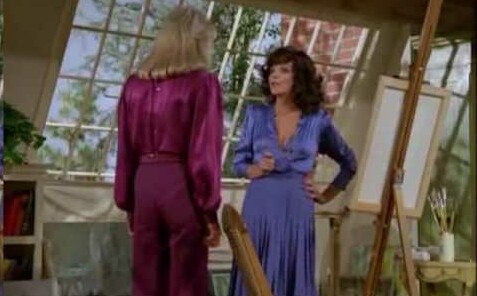 The great guest stars on “Empire” – Snoop Dogg, Patti LaBelle, Jennifer Hudson and so many others -- also contribute a lot to the show. But, again, they have a way to go before they reach the caliber of “Dynasty” guests during its heyday, which included President Gerald Ford, First Lady Betty Ford and Dr. Henry Kissinger. That said the “Empire” guests are more fun and put to better use. Imagine the celebrities who must be threatening to fire their agents if they don’t land guest spots on “Empire” next season.