Fox's Space-Age "The Orville" Is Funny and Full of Heart 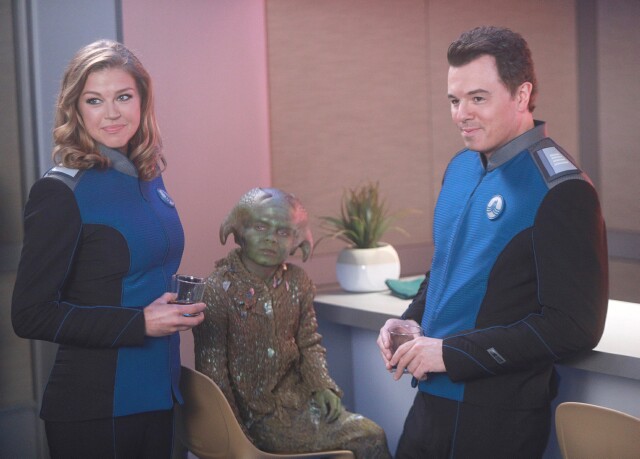 I’ll be honest.  When I first caught wind of Seth MacFarlane’s new Fox comedy The Orville I thought it was going to be corny as hell.   Reason 1: His animated shows Family Guy, American Dad and The Cleveland Show.  They are heavily steeped in MacFarlane’s signature sense of humor, and while two thirds of the aforementioned were/are wildly successful the argument can be made that the novelty’s worn off a bit.  Reason 2: MacFarlane’s last live-action acting attempt in A Million Ways to Die in The West, which also fell sort of flat.  All of this adds up to my forgivable assumption that his newest endeavor, a space comedy in which he also stars, wouldn’t be too great, either.  Let me make this perfectly clear: I could not have been more wrong.

The Orville is amazing (so far at least).  What I originally expected to be Family Guy in Space turned out to be what basically feels like Star Trek with hilarious dialogue.  Surprisingly, this show takes itself just seriously enough that one can easily buy into its futuristic setting, but not so much so that it doesn’t feel like a comedy.  The sets are beautiful, the costumes are well crafted and the visual effects (of which there are plenty) are solid enough that they never break the illusion. 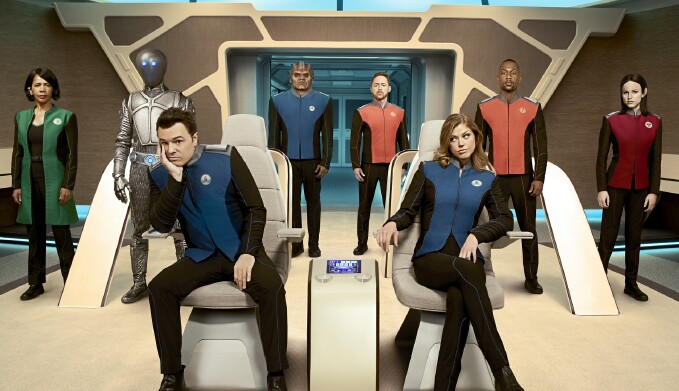 The group has great multi-directional chemistry and displays it regularly by bouncing off one another during their humorous exchanges and asides. Instead of using a more rigid and proper speaking style (a la Star Trek) everyone talks like normal people, which gives the ship a much more relatable “everyday workplace” vibe.  The writers did a great job of crafting bits that capture the dry wit MacFarlane’s known for without leaning on the over-the-top gags and the cutaway-based joke style that his other properties are known for.  If one stripped away the dialogue, what’s left is a pretty legit sci-fi series.  About 95% of the comedy lives in said dialogue, and the use of such a clever formula is a distinction that helps this unexpected pleasure stand out.

I love sci-fi, and I love comedy, and while The Orville seems to be an almost perfect combination of the two, it’s the shows soundtrack that pushes it over the top.  MacFarlane is known to use a 50 to 90-piece orchestra on every episode of Family Guy, and though I can’t confirm he’s doing the same on this show it sure as hell sounds like it.  Another awesome surprise was the inclusion of what I’m fairly sure was an auditory reference to the Star Wars soundtrack that I heard during a tense moment in the second episode.  So, besides providing a rich and compelling soundscape for this interstellar adventure, it also has an Easter egg or two for the keener fans of the genre. 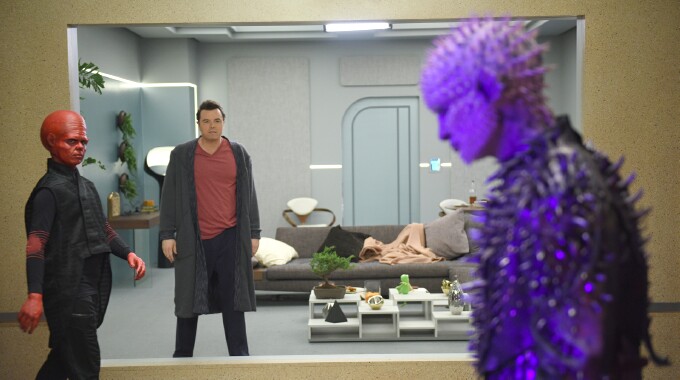 Another such egg that deserves a mention is Norm MacDonald’s role as the flubber-like alien glob named Yaphit.  He only shows up to do a bit here and there, which instantly reminded me of his similarly bit-centric role as a pigeon (aptly named “Pigeon”) in the animated comedy Mike Tyson Mysteries.

All of these elements -- the clever dialogue, endearing and relatable performances, great special effects and quality soundtrack -- add up to something that fondly reminded me of the hit 1999 flick Galaxy Quest.  The biggest difference is that in Galaxy Quest the heroes are a group of famous actors from a beloved Star Trek-esque TV series that end up having to go on a real life space adventure, while The Orville is set in a futuristic version of our reality where people are basically the same, except holodecks, starships and hyper-drives are real things.  The feeling of everyday people thrust into the high-stakes world of space exploration and aggressive alien enemies is the main thing they share, and it’s a great quality to have. 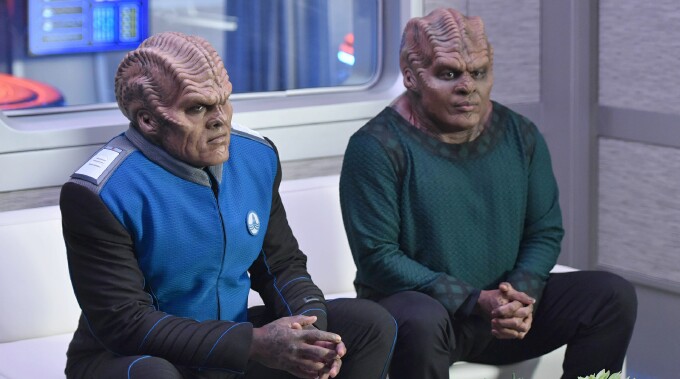 I expected the worst of this show, almost to the point of not watching it.  Thankfully, I gave it a chance to prove me wrong.  I genuinely hope this series lasts as long as possible.  Underneath the jokes is a narrative that’s real and full of heart, yet still manages to satirically comment on present-day culture through the entertaining filter that a space-age sitcom provides.  Clocking in at an hour with commercials, every episode feels like a full meal by the time it ends.  I think I’d be hard pressed to doubt Mr. MacFarlane again. The Orville made a believer out of me.

The Orville will make its time-period premiere tonight at 9 p.m. on Fox.