Fox’s “Star” Doubles Up on the Drama 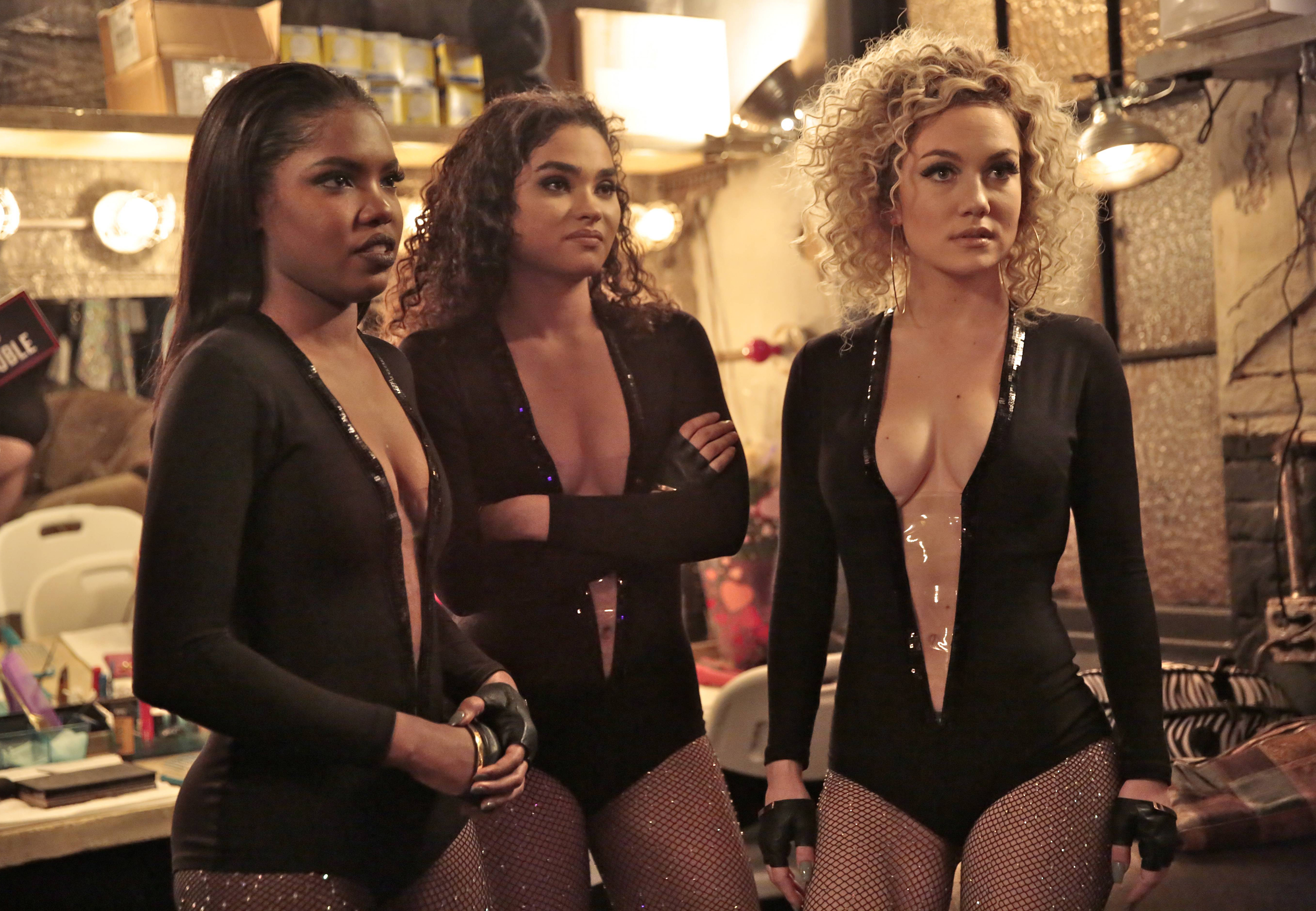 When I last reviewed Fox’s Star it was my first experience with anything Lee Daniels had done, and although the series had only just begun I still found it to be surprisingly addictive -- so much so that while waiting every week for new episodes to be telecast I would catch up on Empirejust to get my fix of Daniels’ brand of music-centric drama. Now at the end of its first season Star,much like the girl group the show revolves around, has gone from simply having potential to showing the world that there’s something real to be seen.

Balance has been the name of the game here.  In a series that touches on so many different topics and ideologies, one can’t afford to be heavy handed in any given area. Star, however, has managed to make its points and express its opinions without straying too far from the thread that ties it all together -- the trials and tribulations of talented trio Star, Simone and Alex and their rocky road to success.

This series also does a very good job of keeping the stakes as high as they need to be. Whenever physical danger starts becoming less of a concern, familial issues become more of one. When familial issues subside, something puts the girls’ careers in jeopardy, and so on and so forth. It’s an amazing juggling act that requires enough sensitivity to know which topics to tangle with and enough tact to know how to do so without alienating viewers who may share contradictory opinions.

During the course of this season the main cluster of females – Star (Jude Demorest), Simone (Brittany O’Grady), Alexandra (Ryan Destiny), Ms. Carlotta (Queen Latifah) and Cotton (Amiyah Scott) – have all, for the most part, ended up on the same page. This is a drama, so the struggle was and still is real, but at least they finally seem to know they’re on the same team. The biggest hurdles they encounter come mostly from outside influences that are intent on destroying the small amount of peace and civility these women have managed to scare up. (Ryan Destiny, Brittany O'Grady and Jude Demorest are pictured left to right at top.)

Star has found herself some true competition in Eva (Sharlene Taulé), a Latina who doubles not only as an unexpected addition to the life of the girls’ manager Jahil (Benjamin Bratt) but to the girls’ lives as well, because he adds her to the group.  It also turns out that Eva can be just as cunning and manipulative as Star, which is most likely due to the fact that they are very similar people.  Both are talented performers to whom life dealt a shitty hand, and they’ve both been whomever they’ve needed to be in order to get whatever life keeps trying to keep from them.  The work they’ve each put in, and the things they’ve each survived have led them to where they are in life -- which is pretty good considering where they each started -- but it’s their Highlander-esque, “there can only be one” mentalities that have brought them to the point of physically attacking one another on more than one occasion.

Alexandra is enjoying being the master of her own destiny, especially after cutting the financial ties her rich and famous parents were using to control her. Again, her conflicts have less to do with what’s happening on the inside, and more to do with things she can’t control, like Star’s overbearing ego, or the police that wrongfully arrested her boyfriend Derek (Quincy Brown).

Simone has essentially become the voice of reason, which is ironic given the fact that she’s the youngest and was originally the least emotionally and mentally stable one in the group. Her outer conflict is one that’s been playing out slowly since the show’s pilot episode, in which Simone’s foster father, who had been repeatedly raping her, was at it again – until Star showed up and stabbed him in the back, presumably ending him. Unbeknownst to them, he recovered and managed to track Simone all the way down to ATL – but after confronting Simone at an event the group was performing at – spoiler alert! -- he wound up dead, like, for real this time. So the question is, since all the aforementioned women were feeling pretty protective of Simone once they were aware of his presence, who shot him? Carlotta? Cotton? Jahil? Who knows? All we were shown was Jahil burying the body, but the deed itself was never depicted on screen. It’s a fresh take on the classic “Who Shot J.R.?” shocker – the greatest TV mystery of all time, or so my editor tells me. (That was way before my time.)

Ms. Carlotta’s biggest struggle is her relationship with Cotton, who was born male but identifies as female and is saving up money for a sex change procedure. This is probably one of the biggest conflicts in the entire series thus far, mainly because both Carlotta and Cotton’s conflicting emotions, opinions and principles run so deep. They both desperately want to repair the mother-child relationship they once had, but Cotton won’t compromise who she is to do so, and Carlotta is much more stuck in her ways than even she probably thought.

I’m sure it’s obvious by now that the appeal of this show -- these women and their collective drama -- have roped me in. It’s not just those things, though. It’s the whole package. The music, the authenticity, the depth of story -- it’s all there. The subjects of race relations, social injustice, sexual identity and religion are all hot-button issues, and yet on this program they each are touched on for just the right amount of time, and never in a way that takes me out of what I’m watching.

Tonight’s season finale will undoubtedly be the cherry on top of what was already a pretty sweet season.  Given the fact that less than a month ago Starwas picked up for a second one, it seems that Fox agrees.

The season finale of Star will be telecast tonight at 9 p.m. ET on Fox.