Fox's "The Exorcist" Delivers the Biggest Shocks of the Season 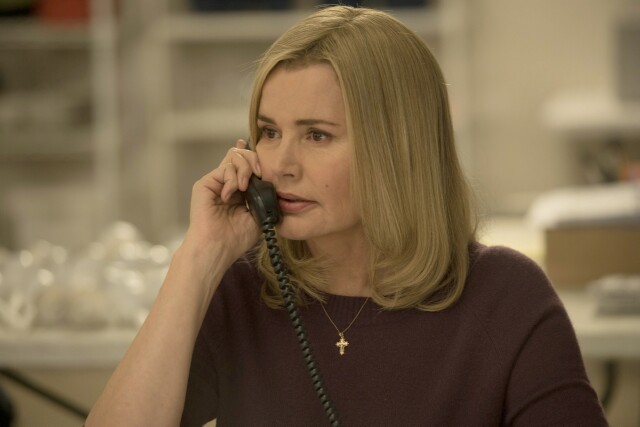 Well, it looks as though we won’t be getting guest appearances by Linda Blair or Ellen Burstyn (as I had hoped) anytime soon on Fox’s creep-tastic new series The Exorcist – at least not as the characters they portrayed in the iconic 1973 thriller of the same name. That’s because – spoiler alert – their respective characters – Regan MacNeil, the child who was possessed by demon Pazuzu in the movie, and her traumatized mother Chris – were added to the narrative in the last episode!

Here’s the twist: Angela Rance, the Chicago businesswoman, wife and mother portrayed by Geena Davis in the series, revealed to her priest at the end of the episode that she is actually Regan MacNeil, having changed her identity in an effort to put behind her the horrors of the past (as detailed in The Exorcist and its sequel Exorcist II: The Heretic). It hasn’t worked: One of Angela’s teenage daughters is now harrowingly possessed by a demon that wants Regan! Is it pesky Pazuzu again? Or something bigger and badder? (Earlier episodes have revealed that the evil in this story has spread far wider than the Rance household.)

There has been no shortage of genuinely shocking plot turns throughout the history of primetime television, but this one has to be among the all-time best. And it changes everything. The Exorcist has now staked its claim as an official sequel to the movie franchise, in particular the legendary film that started it all, one still widely regarded as one of the most frightening movies of all time. This is not a property anyone should screw around with.

The Exorcist has been struggling in the ratings, and that’s a damn shame, because it is shaping up to be one of the most exciting and most imaginative new series of the season. (It’s a good thing, too, because this is not a property anyone in Hollywood should screw around with.) Fox really ought to get it off Friday night, where it is sadly struggling. And if Fox chooses not to move forward with it, its brave and bold sibling FX should consider taking it on. Because how can we not be interested in the ongoing adventures of Regan MacNeil, one of the most memorable movie characters of all time?

The real kicker here is that Fox managed to keep secret not only the reveal that Angela is Regan but that Regan’s mother Chris would also be joining the canvas. How did this information not leak out at a time when no information anywhere is safe? Perhaps it has something with The Exorcist remaining under the ratings radar, a sad state of affairs that will hopefully improve. 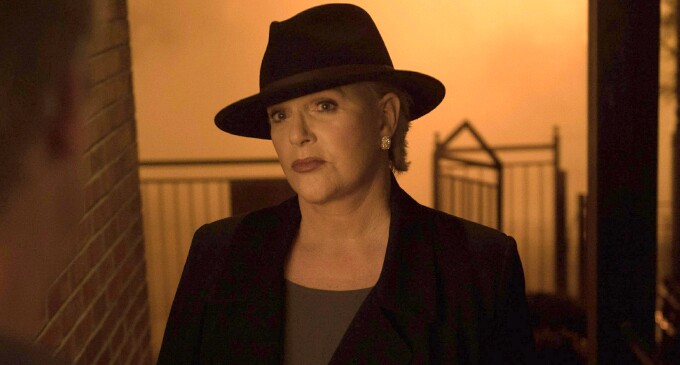 Meanwhile, if we can’t have Burstyn, who better to blast in as Regan’s mother Chris than the formidable Sharon Gless (pictured above)? In her capable hands I expect Chris to kick some demon butt this time around. (Visually, Chris’ arrival outside the Rance home was a striking homage to the arrival of doomed Father Merrin outside the MacNeil brownstone in the movie, which became the unforgettable image used in the movie’s marketing campaign, as shown below.) I'm expecting an epic confrontation and more shockers to come. The Exorcist has already proved more consistently surprising than any other new series this season.

Watch for Steve Gidlow’s exclusive interviews later this week on MediaVillage with Sharon Gless and executive producer Rolin Jones about these extraordinary developments – including insights from Gless on the relationship between Regan and Chris during the last 40 years. 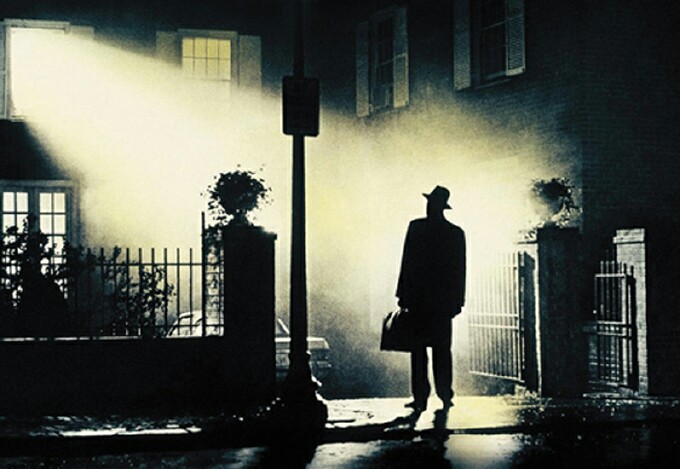