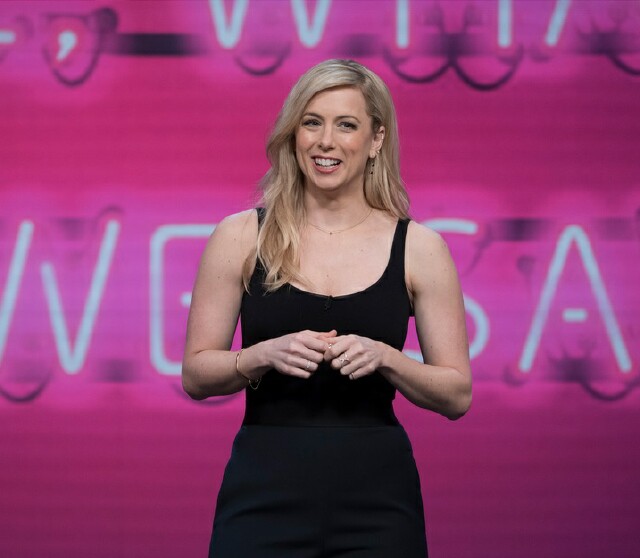 Iliza Shlesinger, the youngest and only female comedian to win NBC’s Last Comic Standing, is a stand-up comedy beast.  She’s animated, unapologetic and pulls no punches -- all without betraying her fellow females.  In addition to the many stages she’s graced across the country, she’s now been given a slightly more solid platform by Freeform: Her very own Tuesday night talk show, aptly named Truth & Iliza. (Can we call a show that is on at 10 p.m. a late-night program?  Over at TBS, Samantha Bee's kick-ass Wednesday night talk show, which is telecast at 10:30, is often referred to as a late-night entry. Discuss.)

Iliza is a sparkplug -- the obvious life of the party -- and she owns it. In her stand up, she does away with some stereotypes (like the idea that being female means loving tapas) and chooses to embrace others (like how women bait men into arguments for fun).  Her comedy is in general pretty fun and light, and she’s very skilled at utilizing that levity to shine light on women’s equality and other social issues during her acts.  Regardless of the fact that how women are treated, perceived and disadvantaged in the world is a common thread that runs through all of her work, it’s her balance of intelligence and the ability to turn a funny mirror on herself and her fellow Millennials that’s her true claim to fame. (By the way, she killed at Freeform's recent Upfront event.)

Truth & Ilizais Shlesinger’s personal spin on the late-night talk show model. She’s got an eye-catching purple-on-black color scheme on her set, and behind her is a floor-to-ceiling screen that displays the relevant visuals during her monologues. It also splits in the center like two sliding doors for her entrance. Each episode has a theme of its own. The inaugural show's theme was “Well, What Can We Say?” (see below) -- a question asked in reference to the growing backlash and disdain that basically anyone who vocalizes an opinion is destined to endure these days. 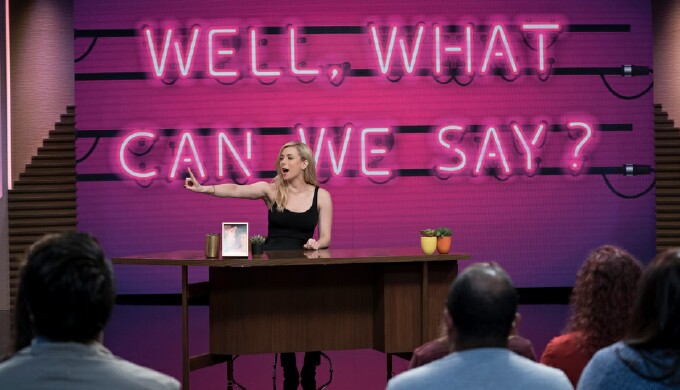 Besides her comedy, Iliza’s point-of-view is the selling point of her new series. She has a voice that resonates with both men and women alike and, as a Dallas native who moved to L.A. after college, she gives off a down-to-earth vibe that eliminates any potential preachy-ness.  Again, she’s balanced.  She’s never too political or overbearingly feminist in the way that anyone can potentially be a little too “in your face” when they care about something.  Iliza references pop culture and discusses social issues in an informative yet entertaining way that gets her point across by sandwiching the truth between two slices of road-tested comedy. She also manages to be both funny and successful without over-sexualizing herself. Imagine that.

Fans of Iliza’s stand up will enjoy the subtle references to her specials, like her aversion to body glitter that she referenced in her first episode’s cold open, or her #partygoblin voice she briefly jumped in and out of during a bit about women having periods. 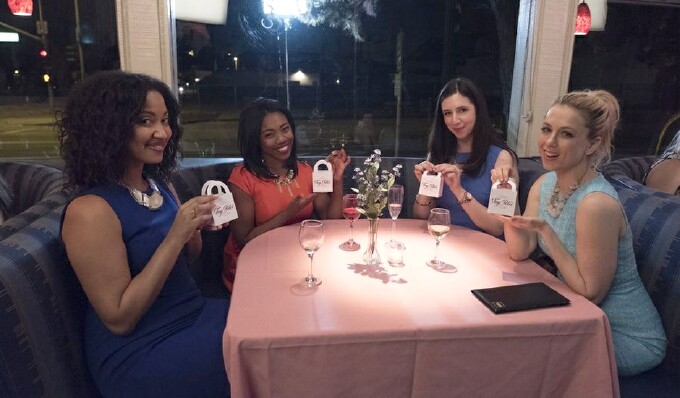 She also blesses us with hilarious skits, which is really great because ever since I first discovered her the only thing I’ve enjoyed more than her talented impressions and over-the-top bits is the idea of seeing said bits come to life in skit form.  Early efforts have been genius.  For example, one skit showed a woman being shamed for ordering “too much” food and in turn ending up in a restaurant called Tiny Bites (see above).  At this fictional eatery, women can order whatever they want judgment-free, because the portions are literal bites and crumbs.  The resulting food depravation suddenly turns all the women into violent savages, with the skit ending on Iliza screaming “We have to split the check 12-ways!” in a disoriented fashion, right before she howls like a wolf.  It’s a side-splitting commentary on food-shaming and female insecurity based on the unfair pressures placed on women by the media -- or it’s just plain funny. Either way, that’s Iliza.

Iliza Shlesinger is now. She’s young, passionate, and in the know, and (along with Samantha Bee) she’s a worthy opponent in an arena dominated by men (too many of whom are named Jimmy).  We have yet to see if this series will get as raw as some of her stand up has but, given that she’s chosen to use her powers for good, subbing out some vulgarity in the name of more comedy with a point is a move I’m definitely cool with.