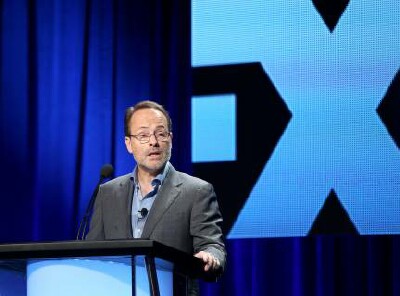 Beverly Hills, CA – As has been evident for quite some time now, and never more so than during its day at the Summer 2014 Television Critics Association tour, FX has distinguished itself not only by producing some of the most galvanizing entertainment on television – in an advertiser supported environment, no less – but by presenting itself as an equal of sorts even among its most formidable competitors.

That is certainly the message the network sends with its involvement at the twice-yearly TCA tours – especially this one, which comes to an end tonight.

To be clear, the FX presentation, as it is known, represents the entire FX Networks group, including FX, FXX, FXM and FX Now. But the mother-ship – the original FX network – is very clearly the driving force behind it all. Even as other cable networks reduce their presence at these tours or skip tours altogether or no longer host the occasional party, or content themselves with an hour or two of time at one tour per year, FX consistently blows the doors off with its participation here.

In terms of TCA involvement, FX is now at parity with some of the broadcast networks and more engaged than others, and it is way out in front of all other cable networks and network groups with the exception of NBC Universal Cable, which put together a very busy day early in this tour that included presentations for programs from USA Network, Esquire, Oxygen, Bravo and Syfy. NBCU Cable's day ended with one of the most memorable evening events in my 25 years of TCA tours – an outdoor screening with a drive-in movie theme of Syfy's Sharknado 2 (plainly the television event of the summer) in the pool area of the Beverly Hilton.

A note about cable at TCA tours – CTAM coordinates four days of tour time dedicated to cable programming. HBO, Discovery Networks, National Geographic Channels and BBC America generally dominate those days, as they each present a robust schedule at every tour, and the latter three frequently host parties in the evenings on top of their sessions during the day. (HBO many years ago stopped hosting evening parties, which for decades had been considered dependable highlights of TCA tours. The distinction of consistently throwing the best and most productive parties among cable networks now goes to Hallmark Channels.) Turner Networks, Rainbow Networks and Viacom Networks are also frequent major players in TCA days, along with A&E, Lifetime, History and smaller networks including Pivot, Revolt, El Rey, Ovation, TVGN and many others.

Other cable networks present their panels, parties, etc. during two-day periods they share with their corporate broadcast siblings. For example, Showtime presents several hours of panels on the second CBS day, which it shares with The CW. NBCU Cable presents on the second NBC day. FX Networks has the second Fox day. ABC has been less eager to maximize its TCA time, this summer electing to compress panels for all of its new fall shows and some of its midseason offerings as well as a couple of ABC Family sessions into one very long day.

FX, however, is the only single cable network that consistently dominates an entire day, and does so with 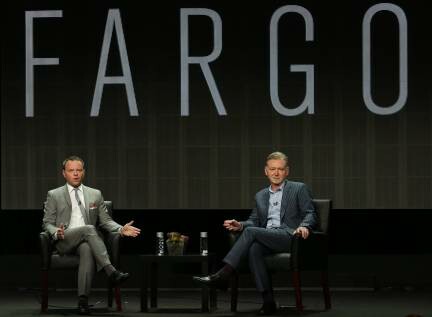 a thoroughness that other networks could learn from. In fact, and in what may be a first in TCA history, this year it filled an entire day without a single panel for a program that has not yet debuted, though one might argue that the final panel of the day – a surprise and news-making session for the second season of Fargo – was for an as yet unseen show, even if the franchise of which it is a part is already well established.

Yes, that's another thing FX did right during its TCA presentation: It broke giant news by announcing a second season of Fargo (along with key details) and a fifth season of Louie on that day. Outsiders would be stunned to learn that most networks fail to make news announcements of any kind during their time at TCA tours when they have the undivided attention of more than 250 reporters, critics and bloggers who collectively reach many millions of readers. 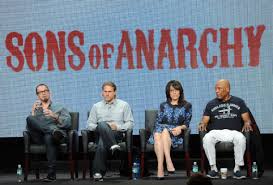 Tellingly, TCA members never grow tired of panels with the stars and producers of FX's best veteran series. For example, the cast of Sons of Anarchy came by to talk about the final season of their show. They have been here many times in recent years yet they always draw a large and appreciative crowd. The broadcast networks in recent years have largely dropped the ball on including panels for veteran shows in their TCA time.

Anyway, the FX day also included a session with FX Networks and FX Productions CEO John Landgraf – who stuck around all day and made himself available to every reporter in the room – a panel for the new Simpsons World digital initiative, as well as breakfast, lunch and a cocktail reception at the end. Further, FX hosted two panels two days earlier during one of the relatively open tour days known as TCA days, one featuring research executives from broadcast, basic cable and pay cable networks, the other several casting directors from FX shows. Also, FX talent and executives were out in force last Sunday night during the massive party that Fox threw at the Soho House. The only thing missing from FX's TCA extravaganza was a panel for the upcoming American Horror Story: Freak Show, but nothing is perfect in this world, is it?