FX at TCA: Can a Scripted TV Series Impact a Presidential Election? 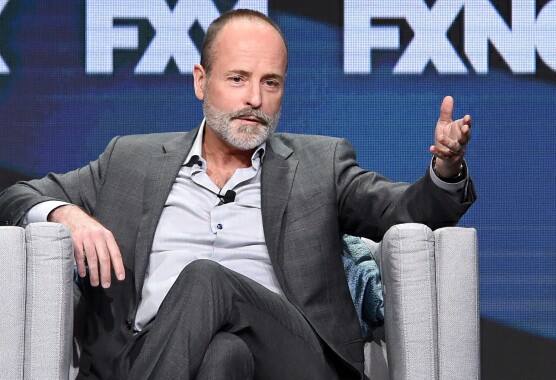 Beverly Hills, CA -- FX Networks chairman John Landgraf always gives the press plenty to write about during his sessions at both the Winter and Summer Television Critics Association tours, whether he is talking about the pros and cons of Peak TV (a widely used term that he coined years ago at one of his sessions), commenting on TV’s role in the issues of the day (such as gun control), presenting charts and graphs that illustrate the relative success of networks and streamers in different areas of the business (from ratings to awards to press coverage) or simply telling it like it is, seemingly spin-free.)

True to form, he had everyone talking Tuesday after his appearance at the end of FX’s first TCA presentation since becoming part of the Walt Disney Company.  (FX, like sibling network Nat Geo, has worked tirelessly through the years to stand out among all networks and streamers that present at these tours.  There were concerns among journalists that their TCA efforts might be somehow diminished after being acquired by 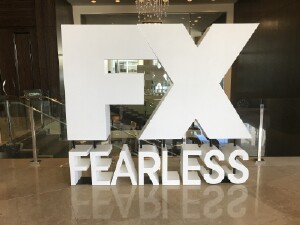 Disney.  Happily, there was no sign of that at this tour and, in fact, ABC put together a more engaging and productive day here than it has in years.  If one were to make a judgement based on TCA, it appears the big broadcaster is taking lessons from its sophisticated new siblings.)

But this time, TCA wasn’t buzzing about proclamations from Landgraf concerning the current state or future of the business.  Instead, they were focused on something FX had announced hours before Landgraf appeared on stage:  The third installment of the network’s top-notch franchise American Crime Story, which has earned armfuls of Emmys and other awards, will be titled ACS: Impeachment and will tell the story of President Bill Clinton’s affair while in the White House with wide-eyed intern Monica Lewinsky.  That got many in the membership quivering, but the scheduling of this show sent them over the edge.  FX plans to run ACS: Impeachment in fall 2020, during the weeks leading up to the next presidential election, and many TCA members think that will bring about the end of everything.

Forget about the fact that FX and ACS creators Ryan Murphy and Brad Falchuk are among the most progressive showrunners working in television, or that FX took the lead years ago in presenting the most forward-thinking programming in ad-supported cable.  This combo of content and scheduling, many TCA members asserted, is going to give President Donald Trump exactly what he needs to crush his opposition and secure a second term.

To which those of us in the room who didn’t lose their sh*t mumbled, “nonsense.”  Trump, of all people, had better be careful what he says about the indiscretions of past presidents and the bad choices Clinton (or any other) made.  But more to the point, if this country has deteriorated to such a degree that a limited series about a scandal from more than 20 years ago could in any way impact a presidential election today, well, that’s all, folks.

These are my words, not Landgraf’s.  But he didn’t hold back in his reactions to the press on this matter.  One journalist in the room gave great weight to a fresh tweet by another journalist that read, “There is nothing that Trump would like more than to turn the home-stretch of 2020 into a re-visitation of the Clintons.  Don’t do this FX.  It’s a disservice to our fragile political system and to the talented people involved in this show.”  This tweet and others like it are causing a dust-up on social media, the journalist added.

“We look at American Crime Story as revisionist history,” Landgraf replied.  “We look at moments in time that involve crimes, that can be looked at with much more nuance and much more complexity … through great writing and looking back than they could be at the time.  I feel completely unabashed about my pride for ACS and my belief that this is a completely valid cycle of [the franchise].  It’s an excellent story, the writing is superb, and the cast is superb.  There’s a lot of nuance in the story that people don’t know.”

The journalist wasn’t satisfied.  “Just to point out, the objection isn’t about the subject matter,” he said.  “It’s about the timing of airing it right before the presidential election.”

Landgraf was firm.  “People are going to be very interested in this right around the presidential election, and it’s going to be a great show,” he asserted.

Surely it will draw high ratings, given the worldwide obsession with president’s who do naughty things while in office (or even before they are elected), I thought.

Minutes later, another journalist chimed in.  “Why does Impeachment have to air in September?” she asked, forgetting that nothing “airs” on cable TV.  “Do you genuinely believe that it will not influence people?”

“Let me just say something about the current environment,” Landgraf said.  “I don’t even know who the person [whose tweet was quoted] is.  So, this person knows what the show is, knows how the audience [will] respond to it, knows how it’s going to impact history, has this certainty, right?  [This person] says we can’t have conversations, we can’t make art, we can’t have nuance, says ‘I won’t even wait to pronounce judgment on it.’

“[That] is toxic in the media environment,” he added, in what could have been a mic-dropping moment.  But he didn’t stop there.

“I believe very, very strongly in what we’re making,” Landgraf continued.  “I’ve read it.  I think it’s great.  I don’t believe it’s going to determine who’s the next president of the United States.  I think that’s a little hysterical, from my standpoint, somebody saying that that’s going to influence the presidential election. And from my standpoint, I am insistent that I’m going to support artists who want to make great art, and they want to put it [on] at the time and [in the] place where people are going to watch it.  As long as I’m here, and I will stand for artists, and I will stand for art.  No one will shout us down in terms of saying, ‘You can’t make that art,’ or ‘You can’t schedule at the time that most people want to watch it.’”

As they say in L.A., boom goes the dynamite!

Anyway, why now?  This story played out way back in the ‘90s.  Then again, so did the first two installments of American Crime Story – The People v O.J. Simpson and The Assassination of Gianni Versace.

“It’s really because of Sarah Burgess,” Landgraf said.  “[She] is a really, really, gifted, talented playwright receiving a lot of deserved acclaim right now, who comes from a younger female point of view, a feminist point of view.  I think if you went back and you saw the way that [the Lewinsky] story was covered at the time, you will see that the way we perceive many aspects of it, but particularly the female characters that played a role in that story, has really been transformed by the ensuing history, by the passing of time, by the Me Too movement, by all those things.

“I find Monica Lewinsky extremely impressive,” he continued.  “I find the way that she has sort of risen from the kind of early trauma that, frankly, could have buckled anyone, and she’s come back.  What brought it back around was really Sarah Burgess’s reinterpretation of the material through the prism of these women, not just Monica, but also Linda Tripp.   The fact that Monica herself wants to be involved in it, when you’re talking about, obviously, a period of her life that was as traumatic as you can possibly imagine, maybe tells you something about the quality of the material and the vibrancy of the sort of revisionist history that that material can provide now through character.”

When that topic was exhausted the conversation became really embarrassing, as one strident young female journalist tried to heat things up by suggesting that when developing properties FX puts more weight on men than on women.

“Mrs. America sounds amazing.  American Crime Story: Impeachment sounds amazing,” she began.  “Is there something in the FX curatorial program that is weighting men higher than women?  Is that why we aren’t seeing as many shows created by women on FX, or is there something else, some other reason they’re languishing in development?”

“Both those shows were created by women, so I’m curious about the question,” Landgraf asked.

“Yes.  Those are great, and I’m very excited for them,” the woman replied.  “But what about all of the other shows?”

“Like, Y, which is Eliza Clark, who’s a woman, or Better Things [written and created by and starring Pamela Adlon]?” Landgraf asked.

“I love Pamela Adlon as much as anyone, but we saw a huge slate of new shows coming up, which are very exciting, but there’s a lot of old white men on there,” the woman continued, digging herself in deeper, given FX’s clear leadership (and that of Ryan Murphy) in developing and executing projects from female talent.  “Are you still looking for opportunities for women?”

And then, in the coolest moment of the session, Landgraf leaned back and said to the woman, and to his team, “I’ll tell you what.  Why don’t guys put up the diversity slide.”

The room exploded into laughter.  FX always brings the best charts and graphs to these things.

“The top slide is the most current information about where we stand with regards to writers,” Professor Landgraf began.  “The bottom is directors.  As of today, 44 percent of our writers are white men, and 56 percent are not.  You can sort of see the breakdown.  So I guess all I can say in response to your question is we said a long time ago we were going to make an immediate change, it was going to be a real change, it was going to be a permanent change, that we would bring back a report card every TCA, and that we were going to stay on it until we had a network that looked like America, both in front of the camera and behind the camera.  I don’t think we said we would get from where we were to where we needed to be immediately, but I think we said we would work on it assiduously and continuously.  At the studio, where we make overall deals, deals with women and people of color, we’re doing everything we possibly can to matriculate [women and people of color] from episodic directors and episodic writers to creators as quick as we possibly can.”